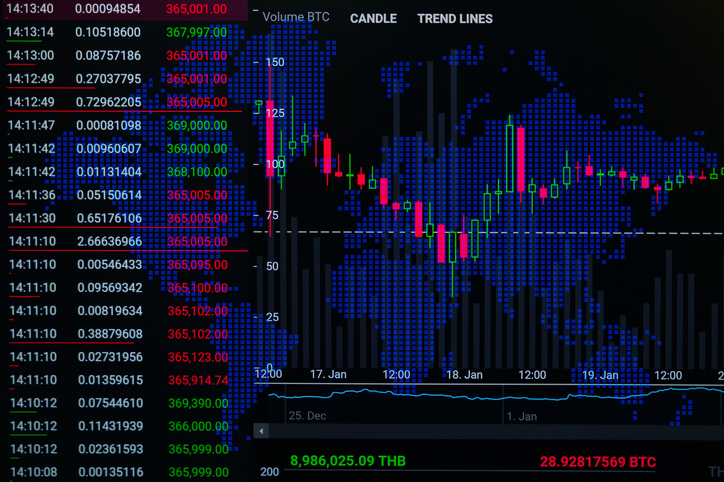 Most Asian stocks are trading in positive territory, perhaps taking cues from its US counterparts which rebounded from its sharpest drop in four months. Most Asian currencies are also seeing slight gains against the Greenback. Gold is moderating slightly below the psychological $1,300 mark, while USDJPY has bounced off the 109 level to trade around 109.6 at the time of writing.

US President Donald Trump has once again called on the Federal Reserve to lower interest rates, in a bid to “match” stimulus measures in China. He described such a move by the US central bank as “game over”, and that the US will win in its trade conflict with China.

Amid such repeated calls by Trump for US interest rates to be lowered, the Dollar index is holding around the 97.5 marks at the time of writing, even though the Fed funds futures now point to more than a 70 percent chance of an interest rate cut by December. Markets are casting an eye over the potential ramifications of heightened trade tariffs on the US inflation and growth outlook, which may ultimately tip the balance in favour of a Fed rate cut before 2019 is over.

The US Dollar may be bolstered in the near-term, should the US retail sales and industrial production data due later Wednesday come in better-than-expected. The Greenback’s upward trajectory in 2019 is likely to remain intact as long as the US economy continues to be in a “good place”, an oft-used refrain by Fed officials. Broader concerns over the ramp-up in US-China trade tensions should also support the US Dollar, as it offers investors refuge during periods of uncertainty.

Although growth momentum in the world’s largest economy is expected to moderate over the course of the year, especially once the new trade tariffs take hold on the real economy, the US is still set to perform better than its peers in the developed world, underpinning the base case for a resilient US Dollar moving forward.

Bank Indonesia’s Board of Governor meeting begins today, as investors wait to see if policymakers will deploy some of its 175 basis points in hikes from 2018 to support the Indonesian Rupiah, which has weakened by some 1.4 percent against the US Dollar so far this month. USDIDR has been opening a path towards the 14,500 level, with the Rupiah having wiped out most of its year-to-date gains against the Greenback.

Noting the Rupiah’s recent weakness, coupled with growing eternal headwinds in light of heightened US-China trade tensions, it remains to be seen whether Bank Indonesia’s policy decisions may eventually fall in line with the regional policy trend. This is especially given that the central banks in the Philippines, Malaysia, and New Zealand each lowered their respective benchmark interest rates last week. 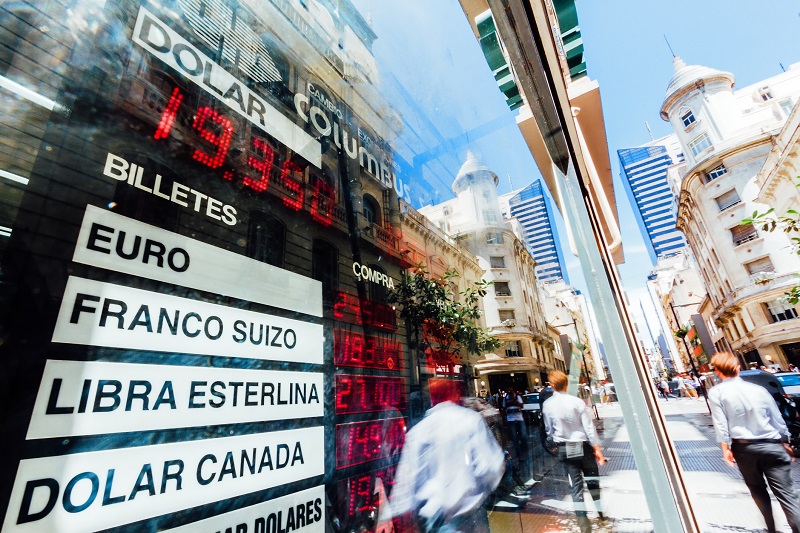 The crisis process is intensifying in emerging economies, which also affects their markets and supports the demand for the dollar. S&P 500 lost 0.2% on Tuesday and returned under 2900 level, despite the Amazon’s growth of capitalization over $1 trillion. Asian markets are declining after the data on a business slowdown in China. The published Services PMI was weaker than expected, declining for the third month in a row to the lowest levels since last October.

MSCI for Asia-Pacific region ex-Japan has been losing 0.5% for the second consecutive day; Nikkei225 has decreased by 0.4%. The Asian bourses remain concerned about the possible announcement of the tariffs expansion for Chinese imports by the United States as early as tomorrow. But the markets are not less concerned about the situation in the emerging markets in different parts of the world.

The currencies of Argentina, Turkey, South Africa and Brazil are considered vulnerable to changes of the investor sentiment due to large budget and current account deficits. Investors, first of all, withdraw money from there due to changing prospects of the global growth. A number of hotbeds of concern and the structural problems of those countries do not allow hoping for a quick solution. Perhaps, the problems will even grow in the coming days. The Argentine peso, the Turkish lira, the South African Rand have returned to the area of historical lows. The Indian rupee and the Brazilian Real have updated their lows to the dollar this week and remain close to these levels.

Against this backdrop, there is a growing demand for the dollar as a safe harbor. The structural deficits in emerging markets are further exacerbated by the introduction of tariffs and threaten to stifle China’s growth.

The dollar index rose to a maximum of two weeks at 95.65 on Tuesday but lost most of its growth after the data on production activity in the US had been published. It exceeded expectations by regaining the demand for risky assets in the United States and somewhat softening fears. The U.S. is taking away from China the flag of the growth engine for the world economy.

The EURUSD fell yesterday to 1.1530 at one point but starts the Wednesday close to 1.16. On Friday and Monday, this level was an important short-term support, but now it looks like a meaningful resistance.

Among the macroeconomic news, the course of trades in the pair may be affected by the final estimates of Services PMI for the Eurozone countries. It is also important for the markets to publish the U.S. trade balance, which can bring the international trade back into the spotlight of the markets. 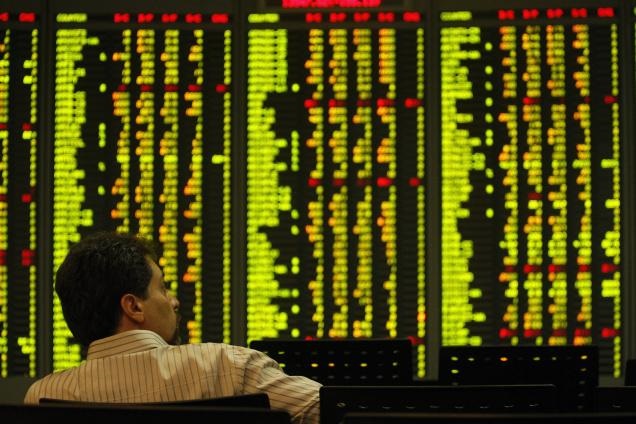 The markets are cautiously on buy for American stocks, and the dollar adds on fears that trade conflicts are seriously stifling the business sentiment in Europe and Asia. The MSCI Index of the Asia-Pacific region ex-Japan loses 0.3%, Nikkei 225 decreases by 0.1%. Pressure on the European exchanges increased after the weak production PMI, indicating a negative impact on the economy of the USA trade disputes region.

The dollar index had kept above the 95.00 level by the end of the day and rising today to trade at 95.43 at the time of writing. EUR/USD is traded near 1.16, as at the start of trading on Monday, and the British pound lost 0.8% within a day for the same time to $1.2832. Pressure on Sterling intensified after the news about the decline in production PMI of the country to the minimum since the referendum on Brexit.

Asia’s business activity is also decreasing on fears of increasing trade wars, which causes the outflow of funds from the stock markets and currencies of the region. The Indian rupee updates its historical lows to the dollar, and the Argentine peso lost more than 3% on Monday. The Turkish lira exchange rate did not change a lot on Monday, as the central bank of the country made it clear that it was preparing some measures to combat a huge jump in inflation. In all cases, the central banks of developing countries are forced to tighten their policy by various measures, which will almost inevitably raise credit rates for companies and consumers and will slow the growth.

PMI indices for Europe are also in decline, but are at a higher level, reflecting a robust growth rate, while in Britain and China the production growth is close to stagnation, and has been losing noticeably since the beginning of the year. The latest estimates for August on the United States will be published today, and we have yet to see whether they confirm or contradict the overall trend. According to previous estimates by Markit, the production activity in the United States decreases but remains at a high level as in Europe. ISM estimates do not mark a certain trend for recent months.

Maintaining a high rate of the economic growth despite the threat of trade wars and tightening of the monetary policy favorably distinguishes the U.S. markets from the rest of the world, creating an objective craving in the dollar and stocks. This draught can be intensified with the onset of autumn as the new fiscal year approaches. 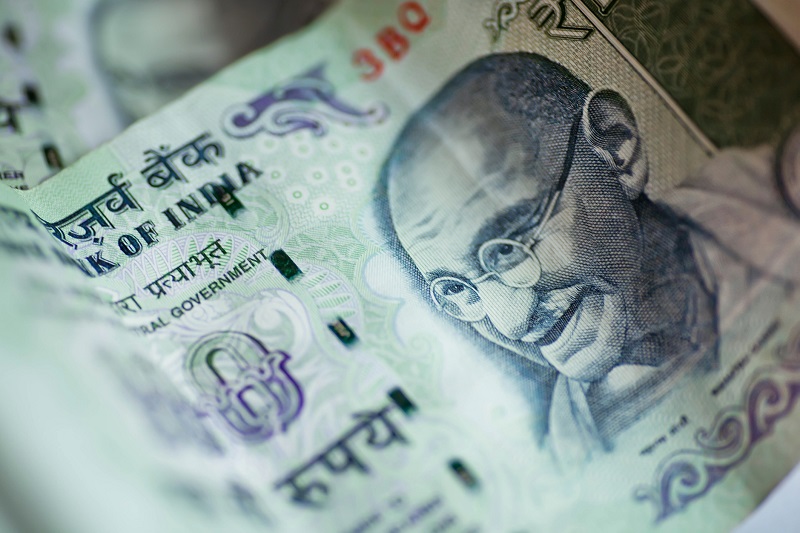 This week the Indian Rupee crossed 70 for the first time in its history. India’s currency crossed the psychological level on Monday and traded as high as 70.80 on Wednesday. The Rupee is just one of several emerging market currencies to come under pressure in the wake of the Turkish Lira’s collapse. However, the Rupee may be vulnerable to further weakness regardless of the weakness of the Lira.

The Turkish Lira is now down about 35% since the beginning of the year. The Argentinian Peso has lost close to 37% of its value in 2018 after the country was forced to turn to the IMF in May. Other emerging market currencies losing ground are the Indonesian Rupee, the Philippine Peso, the Brazilian Real and the South African Rand.

Almost all the countries that have seen their currencies come under pressure are those with wide, or widening, current account deficits. In India’s case, analysts have been worried about the deficit for some time, and these fears were confirmed when the commerce ministry announced on Tuesday that it had hit a five year high of $18 billion in July.

The current account deficit is growing due to rising oil prices and a surging USD, and FDI and foreign institutional investment flows are not high enough to offset the widening deficit. The rising oil price alone could see India’s oil import bill growing by $26 billion in 2018 and 2019, and is unfortunately likely to offset any export gains due to the weaker currency.

The central bank has also raised rates twice, in June and August, the first rate hikes in four years. It may hike rates further if the currency continues to weaken, though it will be cautious about doing so if economic growth slows.

India ratings and research have also just lowered its growth forecast for the year to 7.2%, from 7.4% sighting rising inflation due to oil import costs.

Going forward, the most important factors to watch will be the oil price and the strength of the USD. While developments in the domestic economy will play a part, they are likely to be outweighed by these external factors. Some analysts are forecasting the Rupee to reach between 72 and 73.55 by year-end, based on current fundamentals – but these can change rapidly.

If current fears over emerging market currencies ease, the Rupee will probably retrace to an extent. Short term support may come into play at 69.70, and if that doesn’t hold, the breakout level at 69 could be retested. It seems very unlikely that the currency would strengthen below that level without a substantial change in the economic environment. A likely trading range for the remainder of 2018 may be 69.70 to 72.

While the selloff of the Turkish Lira has played its part in the weakness we are seeing in the Rupee, fundamentals are equally to blame. The Rupee is not one of the currencies that is most influenced by emerging market sentiment and domestic factors rather than speculation play more of a role in the price.

Traders should, therefore, pay as much attention to oil prices and domestic developments as they do to sentiment or technical levels.