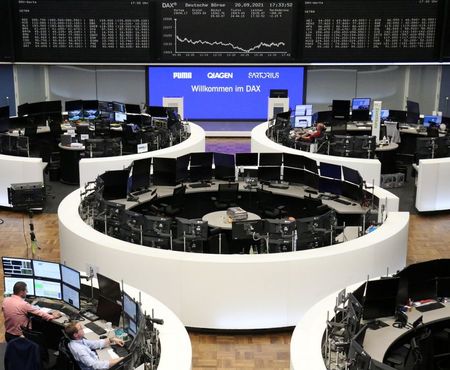 Focus this week is also on policy meetings at a slate of central banks, including the U.S. Federal Reserve, with investors expecting some of them to indicate they were ready to ease their pandemic-era stimulus to combat high inflation.

“Concerns about Evergrande remain but for now there appears to be a wait-and-see approach being adopted,” said Michael Hewson, chief market analyst at CMC Markets UK.

“The bigger question given the risks from events in China is whether the Fed adopts a less hawkish stance tomorrow in order to buy itself some time until the situation becomes clearer.”

Europe’s benchmark STOXX 600 has fallen from record highs in September after seven straight months of gains on fears of persistently high COVID-19 cases and signs of a slowdown in the global economic recovery.

Universal Music Group, the business behind singers such as Lady Gaga, Taylor Swift and The Weeknd, surged 38% in its first day of trading, giving it a market capitalisation of more than 46 billion euros ($54 billion).

Sweden’s gardening power tools group Husqvarna tumbled 5.4% after warning it could potentially lose top line sales of up to around 2 billion crowns ($230.7 million) due to a supplier dispute.

All major European bourses were up in morning trading, with the UK’s FTSE 100, Spain’s IBEX and Italy’s FTSE MIB gaining between 0.7% and 0.9%. 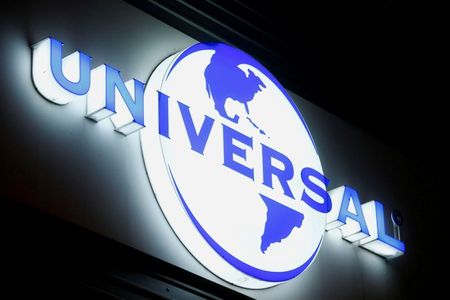 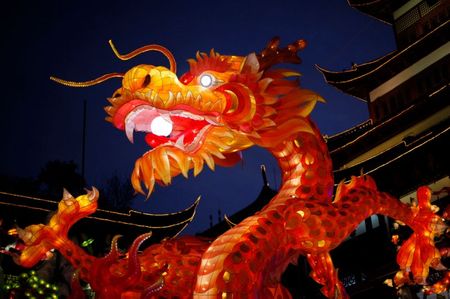 A look at the day ahead from Danilo Masoni.

The STOXX 600 index has fallen 1% so far in September, twice as much world stocks, and while Europe broadly is still in favour with investors and research analysts, the index has slipped all the way down to July lows.

Wall Street’s strength overnight could trigger a relief bounce this morning, but the China woes are far from over.

The worsening crisis at China’s No. 2 property developer Evergrande has sent its shares to decade lows, pushed Asian stock markets to their fourth day of losses. Trading in Evergrande bonds has been suspended. And virus outbreaks are clouding travel plans during next week’s Mid-Autumn Festival.

Europe Inc faces internal woes too. Soaring power prices have prompted Spain to cap energy bills and Italy said on Thursday it plans “short-term measures” to offset the price rises. Worries are other governments could resort to similar measures — at the expense of utility firms.

There’s some market support from signs U.S. inflation has peaked and the world’s biggest economy is in robust shape. Retail sales will be eyed later on for more clues on the health of the world’s largest economy. 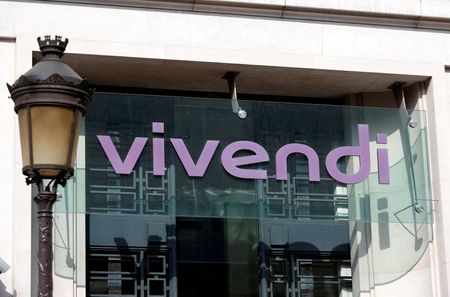 In documents released ahead of Vivendi’s general meeting scheduled in June, the group went into the details of the prepared listing of Universal, which will see the group controlled by billionaire Vincent Bollore distribute 60% of Universal’s capital to its current shareholders.

The transaction is aimed at extracting the most value from Universal, the world’s biggest music label and home to singers such as Lady Gaga and Taylor Swift, as the music industry rebounds from a long downturn thanks to streaming revenues, driven by music platforms Spotify and the like.

Universal’s 33 billion-euro valuation was determined by accounting firms PwC and EY. This means the 60% stake distributed to Vivendi’s shareholders is worth 19.8 billion euros.

Universal’s parent company has a market value of 32 billion euros, according to Refinitiv data.

At the end of the IPO process, Universal’s three biggest shareholders would be Vivendi (20%), the Tencent-led consortium (20%) and Bollore (16%).

In its documents, Vivendi said that Universal was drawing interest from potential investors and that it could sell some of its 20% stake to a “strategic partner” ahead of the distribution of Universal’s shares. It added that its intention was to keep at least a 10% stake in the company for a long period of time.

There will be about 1.1 billion Universal shares distributed to Vivendi’s shareholders, according to the documents. Dividing the valuation corresponding to 60% of Universal by the exact number of shares gives a price per Universal share of 18.2 euros.

The French conglomerate outlined plans in February to distribute 60% of Universal’s capital to its current shareholders via a listing in Amsterdam, ending years of questions about Bollore’s will to list the asset, whose operational earnings represent more than half of the all group.

Vivendi also outlined the calendar of Universal’s initial public offering (IPO), setting a Sept. 27 deadline for the listing of the shares in Amsterdam.

The Paris-based group also disclosed the first-quarter financial earnings of Universal. Universal generated earnings before interest and income taxes (EBIT) of 322 million euros over the first three months of the year, up from 248 million euros the year before.