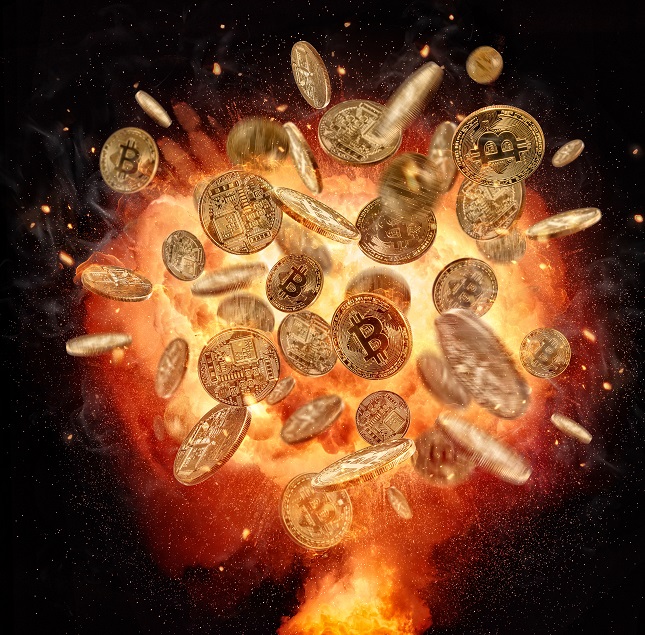 As the founder and COO of BitcoinIRA.com, the first and largest Bitcoin IRA platform, I have witnessed this year’s significant Bitcoin price drop firsthand which has caused potential investors to approach the market with trepidation. Both current and prospective customers frequently ask me when the market will be rebound again. And while prices across digital currencies have dropped heavily in the first quarter of this year and nobody has a crystal ball to predict the future, I believe the start of our next big bull run is just around the bend.

Experts agree as well. For example, Thomas Lee, managing partner at the popular financial firm Fundstrat Global Advisors, anticipates a record peak for Bitcoin by July. Lee’s prediction is based on analysis from the currency’s 22 corrections since 2010, but here are some additional factors that could contribute to Bitcoin’s eventual spike.

Why is regulation needed?

When an industry scales and grows at lightning speed, increased regulation is inevitable. I believe that this is a good thing, as it is indicative of cryptocurrencies’ long-term staying power, and continued prevalence at the mainstream level. Regulating a once notoriously unregulated industry is undeniably nuanced territory, and for many in the space, it may require an attitude adjustment. We should stop looking at regulation as a hamper to the crypto space, and instead put that energy into working alongside the regulations to make this industry more compliant, transparent, and reliable than ever before.

I believe that SEC approval of crypto as a regulated security could drive walls of new institutional money, and is indicative of greater mainstream adoption of cryptocurrencies as a whole.

In early March, the U.S. Securities and Exchange Commission (SEC) issued a statement declaring that all cryptocurrency platforms that meet the definition of a “security” must register with the SEC as a national securities exchange. While this likely contributed to Bitcoin’s price decline in the short term, I believe this increased regulation ultimately serves the consumer’s best interests in the long term, as it provides a necessary level of oversight in safeguarding against scammy ICOs and hacks.

At least one regulatory body confirmed publicly that it does not want to prevent the growth of cryptocurrencies and the chairman of the U.S. Commodity Futures Trading Commission (CFTC) recently confirmed that by stating recently the need for balance and a “do no harm” approach when regulating cryptocurrencies.

I believe this new oversight will increase the trust in cryptocurrency transactions and will directly contribute to the next Bitcoin boom.

What is an ETF?

ETF’s, or exchange-traded funds, are marketable securities that track an index, a commodity, bond, or a basket of assets like an index fund. An ETF is a type of fund that owns the underlying assets (shares of stock, bonds, oil futures, gold bars, foreign currency, etc.) and divides ownership of those assets into shares. The actual investment vehicle structure (such as a corporation or investment trust) will vary by country, and within one country there can be multiple structures that co-exist.

Hate Risk and Want to Invest in Bitcoin? ETF’s, Cryptocurrency Index, and Hedge Funds Are Here to Help

Why could it drive up the price?

Traditionally, ETFs were created for products that are difficult for investors to hold (such as oil and gas). Similarly, setting up crypto wallets and executing trades can be considered difficult for average investors, so the potential of crypto-related ETFs may allow for simpler trading through brokerage accounts.

According to the SEC, “the agency has started the process to approve or disapprove a change in its rules that allows two Bitcoin ETFs to be listed on the NYSE Arca Exchange.” SEC approval for a Bitcoin ETF exchange will only further cement Bitcoin’s mainstream presence and likely also contribute to a massive price increase.

What is the Lightning Network?

The Lightning Network is a decentralized network that uses smart contract functionality in order to enable instant payments across a network of participants. An “off-chain” solution that is built on top of the blockchain, the Lightning Network ahs transactions and scripts that are parsable and can be enforced on the blockchain if needed. The blockchain’s off-chain solution, however, allows transactions to be processed in a faster and with much lower fees than ever before.

Why could the Lightning Network drive up the price?

With this kind of technical innovation in the works, Bitcoin prices have potential to soar. But it may take a little bit of time. As Stark said herself: “Bitcoin is a marathon, not a sprint. People wanted it to be a sprint.”

On March 15, Lightning Labs launched a beta version of its Lightning Network (LND) software specifically available for the developer community. Designed to tackle some of the legacy blockchain’s obstacles surrounding high fees and slow transaction times, LND uses smart contract functionality to enable payments and process transactions of the blockchain.

Bitcoin is currently accepted at several major retailers, including Overstock.com, Expedia, Microsoft, and about another 100 stores with more growing very quickly.

I believe that more retail acceptance will increase the number of transactions, wallets created and overall Bitcoin holdings as consumers purchase Bitcoin in order to pay for goods and services.

Coinbase is aggressively moving into the retail space with the launch of their new product: Coinbase Commerce. This enables retailers to accept bitcoin alongside traditional choices such as credit card or PayPal.

Also, Amazon has secured some cryptocurrency domains, and Starbucks CEO Howard Schultz has expressed his interest in using cryptocurrency for large-scale retail adoption. “I personally believe that there is going to be one or a few legitimate trusted digital currencies off of the blockchain technology. And that legitimacy and trust in terms of its consumer application will have to be legitimized by a brand and a brick and mortar environment, where the consumer has trust and confidence in the company that is providing the transaction.” Schultz said. With Starbucks’ mobile app already redefining the customer experience in its brick and mortar stores, adding cryptocurrency seems like a natural progression and one that has potential to contribute to the next Bitcoin boom.

The writing is on the wall: with so much momentum surrounding Bitcoin and other digital currencies, in my opinion, it’s only a matter of time before prices rebound again.

This article was written By Chris Kline, Co-founder, and COO at BitcoinIRA.com