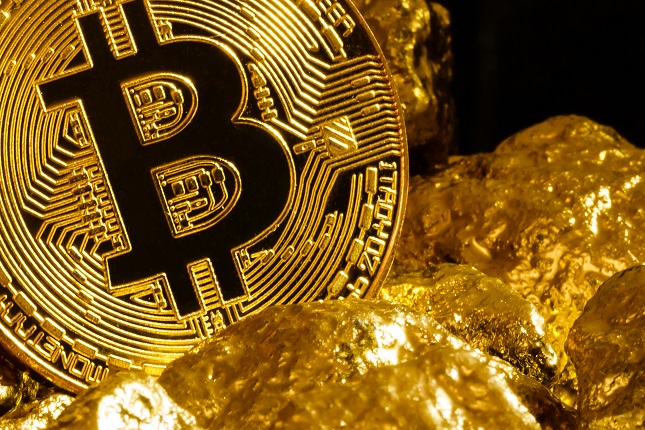 Cryptocurrencies have some confusing aspects and terms. For some people, this can start with the name itself. What is the “crypto” in cryptocurrency?  It can get more confusing from there. Looking at the bigger picture, cryptocurrencies are dependent on blockchain technology. This involves another set of new ideas and unique terms. Too often explanations are more confusing than helpful.

What is Bitcoin Gold?

This journey starts with the idea that digital currencies can exist without centralized control. This is the brilliant concept that Bitcoin proved could work in the real world. In order to implement this idea, it was necessary to create the units of cryptocurrency through computer software. Bitcoin Gold and others pay individuals and groups to perform this task. This called mining.

Bitcoin ran into a problem because the type of math it used allowed certain types of computers to do the math better than other types. Because the value of Bitcoin was so high, it became financially rewarding to build this type of computer. These “ASIC” machines came to dominate mining, and so dominated the Bitcoin blockchain.

Some viewed this as centralized control of what was always intended to be de-centralized. They considered this a threat to the philosophical underpinning of blockchain that was serious enough that something had to be done about it. Their proposed solution was to change the type of math required to so that specialized computers did not have an advantage. The solution was Bitcoin Gold.

Not everyone agreed that the problem was this severe or that the proposed solution was the best answer. This is not surprising since the community included those who owned machines specifically built to do the “old math” and had a financial incentive to keep things the way they were. A rift developed in the Bitcoin community over this issue.

The structure of blockchain includes a solution to this type of disagreement. The solution is called a hard fork, and it is just what it sounds like. A hard fork is a new string of transactions branching off from the previous list. The start of this new list is the change to Bitcoin Gold, and it happened on October 24, 2017. Everyone holding Bitcoin at that date received an equal amount of Bitcoin Gold to use on the new fork of the blockchain, that is, the new string of transactions.

This move was criticized at the time as a simple attempt to create new value off the “Bitcoin” brand. Keep in mind that the total number of cryptocurrency units doubled at the time of the hard fork. However, this does not mean the value double since the market value of Bitcoin Gold was not the market value of Bitcoin. In fact, if no one supported the new Bitcoin Gold cryptocurrency it would quickly become worthless.

This threatened to be the case, particularly because of criticism of how the transition was handled. Some actions by the proponents of Bitcoin Gold had at least the appearance of simple greed, including delaying the release of mining software to the cryptocurrency community. This supposedly allowed those with “insider “access the opportunity to create units of Bitcoin Gold without competition.

Eventually Bitcoin Gold achieved a stand-alone status in the cryptocurrency markets. Although the value does not rival Bitcoin, it does command a respectable market price and is actively involved in the development of new blockchain technology, including the Lightning Network.

However, the low market price relative to Bitcoin means that specialized miners have not flocked to the creation of Bitcoin Gold. Keep in mind that any concentration would undermine the expressed purpose of creating Bitcoin Gold in the first place. This has created an opportunity for less technologically savvy individuals to participate in the creation of units of Bitcoin Gold without assembling computers specifically tailored to this purpose.

However, the value and potential value has attracted enough miners that some specialization is recommended. Remember that solving the math equation – hashing – is only one step in the process. It’s also necessary to arrive at the answer before anyone else and successfully post that solution to the blockchain. In effect, miners compete with each other in a cooperative venture.

Mining enthusiasts recommend against using a standard personal computer for this purpose. They suggest that using a high-quality graphics card significantly increases the likelihood of successful mining. Keep in mind that even if a computer is already owned and is not being used for other purposes, mining is not free. There are electrical costs. Mining Bitcoin Gold requires enough success to represent a return on this investment.

In addition to a graphics card, mining enthusiasts also recommend installing additional memory and checking the power supply for the entire system. The technical aspects of evaluating and installing any of these components are well beyond the scope of this article. However, they can be easily found on the Internet, along with the software required for mining.

For those unwilling or unable to take on the technical aspects of mining by themselves, it is possible to join a mining pool, which is a cooperative group that uses the computing power of individual machines to mine Bitcoin Gold. Each member of the group is rewarded with a percentage of the profits equal to their contribution. Mining groups can be easily found on the Internet and have a range of technical requirements.

How to Buy Bitcoin Gold (BTG)?

It is also possible to purchase Bitcoin Gold on a variety of exchanges. The market is very dynamic with new exchanges adding Bitcoin Gold. The best option for identifying an exchange is the official Bitcoin Gold website which currently lists 19 different exchanges where Bitcoin Gold is available.

The exchanges operate in a variety of locations and are not available in all countries. Some offer to exchange national fiat currencies such as US dollars for Bitcoin Gold, while others only exchange for Bitcoin or Ethereum.

For those who are looking to buy Bitcoin Gold with fiat currencies, not many exchanges provide this option. CEX.IO is one of the only exchanges that provide you the purchase of Bitcoin Gold with USD. If you previously own Bitcoin, all you need to do is to register in CEX.IO, confirm your account and search for BTG/USD.

Other exchanges that support Bitcoin Gold with fiat currencies include YoBit and DSX.

Another easy way to buy Bitcoin Gold is via AvaTrade which provides Contract for Differences (CFD’s) on Bitcoin Gold. The broker allows you to buy cryptocurrencies with a leverage position in a fairly simple process.

In the event that you don’t already have an existing account on an exchange and are not holding Bitcoins or Ethereum, open an account on Coinbase and purchase Bitcoin or Ethereum. Do note that, while there are higher transaction fees when purchasing with debit or credit card, the purchase is instantaneous.

Regardless of how you plan on obtaining Bitcoin Gold, it will be necessary to hold it in a wallet. Like everything else in the cryptocurrency world, wallets are going through rapid change. Wallets that support the Bitcoin Gold blockchain are listed on the Bitcoin Gold website. Each has its own attributes and advantages.

Keep in mind that wallets are distinct from accounts on exchanges. While both can hold Bitcoin Gold or other cryptocurrency, accounts at exchanges are much more vulnerable to theft by hackers. This is simply because they represent a richer target. All cryptocurrency experts agree that Bitcoin Gold and other currencies should be stored in a private wallet –either hot or cold – and moved to an exchange only for trading.

Bitcoin Gold is growing in popularity, as evidenced by the growing number of exchanges that offer it. However, it is also still very young, even under the standards by which cryptocurrencies are measured. These factors mean that the brief trading history might not be a good indication of the trading value. Still, there is one clear relationship that stands out.

The chart below from Coinmarketcap.com shows the price of Bitcoin Gold expressed in US dollars (Green line) and Bitcoin (Yellow line). There is a clear distinction before November 27, 2017, and afterward (seen as the point where the blue market cap line is calculated correctly).

This strongly suggests that the price of Bitcoin Gold moves directly with the price of Bitcoin. Anyone seeking to trade Bitcoin Gold based on volatility such as day traders will be disappointed if they hold Bitcoin as their reserve currency (assets that are held until a favorable buying opportunity is identified and after the targeted asset is sold).

There are two reasons for this. First, the movement in price going from Bitcoin to Bitcoin Gold is small (i.e., the yellow line is relatively flat). This leaves little opportunity for profitable trades. Second, volatility in the price of Bitcoin itself could potentially eliminate any profits made on trading Bitcoin Gold.

Holding Bitcoin Gold as a long-term asset instead of Bitcoin is also somewhat problematic. The chart indicates that the market does not perceive a significant difference between these two cryptocurrencies. Keep in mind that Bitcoin Gold has the same mission, vision, and values as Bitcoin. The developers simply feel that they have followed these standards more closely than Bitcoin.

In other words, as a cryptocurrency investment, Bitcoin Gold is fairly indistinguishable from Bitcoin. The most significant differences are the separate blockchain and the different mining technique. These are technical matters that may make a difference in market value in the future if Bitcoin Gold proves successful.

Understanding these core value propositions is critical to understanding Bitcoin Gold and the investment opportunity it may represent. It is impossible to predict if these factors will materialize in an increasing market price, and even more difficult to determine if that price movement will be independent of Bitcoin. In this view Bitcoin Gold is a very similar investment to Bitcoin.

However, the most fundamental error that can be made is to assume that the current price differential between Bitcoin Gold and Bitcoin will close because the two are interchangeable. This assumption ignores the “first mover” advantage of Bitcoin and the fact that the Bitcoin community does not completely support Bitcoin Gold.

The technical issues that distinguish Bitcoin Gold may prove to be inconsequential in the long-run, and the market price may continue to move with Bitcoin. It is simply too early in the development cycle of Bitcoin Gold to fully judge the situation accurately. However, to the extent that Bitcoin continues to be accepted as the premier cryptocurrency, Bitcoin Gold will not be far behind.

Mark Kosierowski has a degree in Economics and a professional background in personal finance, wealth management, and risk transfer. He has over two decades of experience focused on the fields of investment, tax and insurance planning. In addition, Mark has a keen interest in economic history and the interrelationship between the worlds of politics and finance. He lives with his wife and three children on a small farm in mid-America. View all posts by Mark Kosierowski