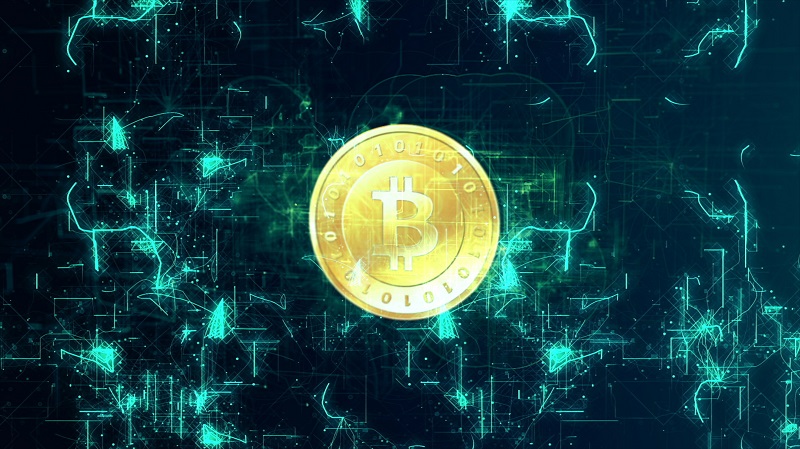 Scalability is one of the biggest issues that has made Bitcoin mainstream adoption difficult. The issue relates to the number of transactions that the bitcoin network can process at any given time.

Bitcoin ecosystem has evolved from what it used to be in the early years when it paid host to only a few dozen passionate enthusiasts. The network has grown to a point where it attracts over 10 million users a day.

Despite being the biggest cryptocurrency by market cap, Bitcoin lags behind when it comes to transaction processing speeds compared to other blockchain projects. Ripple leads the pack as its blockchain processes transactions in seconds.

Hefty transaction fees is another issue that continues to dent bitcoin sentiments in the crypto sector. Transactions fees can hit highs of $28, something that is unacceptable given that the network is expected to be an improved version of online payment systems.

Concerned by the scalability menace, some developers appear to have found a solution that could address the high transaction fees as well as slow transaction speeds once and for all.

Bitcoin Lightning network is the new protocol, touted as the ultimate solution to Bitcoin’s havoc causing an issue.

What Is Bitcoin Lightning Network?

Simply put, Lightning Network is a new payment protocol that will be added on top of bitcoin to enable instant transactions between nodes in a blockchain. It is seen as the answer to bitcoin’s persistent scaling issue as it will reduce transaction fees while making it easy for people to send and receive instant payments.

Thaddeus Dryja proposed, and Joseph Poon proposed the new protocol in a white paper published in 2015. The proposed protocol consists of user-generated channels able to send payments back and forth, in a secure and trustless fashion

For Lightning Network to operate, there must be two people looking to transact with each other using Bitcoin. In that case, the two will have to set up a multiSig wallet, which is to be used as a storage facility for bitcoins transacted.

Once a wallet address is saved on a bitcoin blockchain, a setup payment channel is opened through which the two parties can conduct an unlimited number of transactions without touching information stored on the blockchain.

It is important to note that it is not a must to set up a channel to be able to carry out a transaction with the new network. Lightning Network is designed in such a way that it can send payments to the desired node, using the shortest route possible.

With the completion of each transaction, each party involved must sign an updated balance sheet to indicate how much of the bitcoins stored in the wallet belongs to them. The channel is only closed when the two parties are done transacting.

Even though Lightning Network is yet to be fully implemented on Bitcoin Blockchain, some people have shared their experiences of using it. The experiences so far have been good with a good number of people confirming fast transaction speeds as well as reduced transaction fees.

A Reddit user claims to have used the new protocol to purchase a VPN router through a payment channel provided by TorGuard, a proxy service provider that claims to accept Lightning network. Michael Landau, a Twitter user, also claims to have made a Lightning payment on Bitcoin testnet with the transactions being confirmed in under 2 seconds. Transaction fee, in this case, was 0.000001.

Amidst the positive remarks, Lightning network may not be the ultimate cure for Bitcoins scalability issue. The protocol is only expected to phase out a good chunk of the issues. First and foremost, Lightning pre-funded channels tie up funds that could as well be used for other purposes. Because of this, people may opt to keep low balances in the channels and top them from time to time when the need arises.

The second challenge that could grip Lightning Network has to do with the fact that people could end up funding their channels at the same time. Soon after funding, the balance could diminish considerably on payments being made. Such a move could trigger liquidity issues on the network. In such a case, it could be difficult to find a payment route for large payments in some cases.

However, the illiquid problem could be solved through the creation of a large payment channel that would be left open and fully funded all the time. By doing so, there will always be a route for making payments regardless of the amount being transacted.

Using Lightning Node promises to be a win-win situation for parties, on both sides of a transaction. The network will reward users who provide liquidity by lending bitcoins to be used in the channels. It is still unclear the amount of interest Lightning Node will pay.

However, it is expected to be something exciting sure to keep people running the lightning node. For a start, the interest for lending bitcoins is expected to be high as Lightning Network looks to get its way into most people accounts.

The rate could drop as the technology is adopted’ by more people. The profits on the Lightning node can be perceived as transactions fees for using the network.

The new protocol offers the best scaling solution to a problem that has plagued Bitcoin for months. With Lightning Network, people will no longer have to wait hours for transactions to be completed.

The added layer on bitcoin will enable the processing of millions of transactions per second. The network will also allow users to enjoy the security of decentralized blockchain without having to increase the size of a blockchain

Bitcoin widespread adoption has been disrupted by growing concerns over transaction fees. Transaction costs have been known to clock highs of $28, regardless of the amount one is transferring. That said, fees incurred in transacting through Bitcoin Lightning Network should be much lower than when a transaction is carried out through Bitcoin blockchain. In some cases, some people may end up being paid for using the new protocol.

The fact that Lightning fees are not paid to miners all but mean it will be a cheaper way of sending money on the network. Lightning transaction fees will end up to users on the system that stake money. The owners are expected to charge a small fee for microloans

Lightning transaction fees are expected to keep dropping as more Bitcoins hit the network. People who wish to send money also stand a chance to select custom routes, if more privacy is needed, but at extra costs.

The smallest amount of bitcoin that one can send now is 0.00000001 BTC. However, with Lightning Network, people will be able to send much smaller bitcoins thereby enabling micro-payments.

People in some of the world’s poorest nations cannot transact using bitcoins, but with Lightning Network, they will be able to afford transactions in the popular cryptocurrency.

There has been growing concerns that Bitcoin blockchains could become bigger and get out of control. With the implementation of Lightning network, bitcoin blocks are expected to be smaller which will allow people to run a full node.

In addition, it will be much easier to self-authenticate bitcoin transactions and enforce bitcoin rules thereby making Bitcoins Network more decentralized.

The use of channels with Lightning Network will make it nearly impossible for hackers to steal people bitcoins. For example, if an exchange has open channels with each user who has a wallet, a hacker will not be able to simply take coins held in LN channels.

The only thing that hackers will be able to do with the new protocol in place, is close channels to be able to access the portion of the balance belonging to an exchange. While the same can be done without user consent, they will still have to wait for the lock-time built into the channel. During this time, an exchange would have ample time to regain control and advice users to close channels from their side.

How Can Anyone Join Lightning Network?

Lighting Network is Off-Chain, which means it is not part of Bitcoin Record now. That said, there are a number of ways one can be able to enjoy fast bitcoin transactions at low costs via the new protocol

The simplest way to access and enjoy the benefits of Lightning Network is to use a web wallet such as HTLC.me. The web-based lightning wallet makes it possible to start making Bitcoin payments using the protocol without any configuration.

All you need to do in this case is ask the person you would wish to transact with, to as open a Lightning wallet on the HTLC.me to be able to send them some Bitcoins

There are two desktop wallets that’ make it possible to use the new bitcoin protocol. Lightning-ape wallet and Zap use Lightning Network Daemon LND as the back-end client to use balance and channels. To be able to set up the Lightning app, you will have to go to Github page and download the latest version of the app for installation. To install Zap wallet, you will have to visit its official webpage Zap.jackmallers.com to learn more

Currently, there are three phone wallet, LND, Éclair and C-Lightning designed to enable transactions through Lightning Network. Éclair is the first Android Lightning Network enabled-app that one can download on Google Play store and be able to carry out low-cost bitcoin transactions.

The release comes after more than a year extensive research. However, there are still a number of implementations, which Lightning Network labs team is still working on, ahead of the official launch. It appears’, the official launch could happen soon, given the milestone the developer’s team has achieved so far.

For instance, Lightning network has surpassed 1000 active nodes milestone on its Bitcoin Mainnet. Since its launch in testnet and mainnet, it has continued to achieve significant growth seen by the number of bitcoin nodes joining the network.

However, there has been growing concerns about the robustness of the network’s protocol, which is important if it is to stand any chance of handling thousands of transactions on a daily basis. It is also unclear whether the protocol is super tight to ensure users don’t lose their funds in the long run.

Security considerations as well as lack of understanding of how the protocol works have been the biggest headwind that has prevented fast roll-out of the protocol.