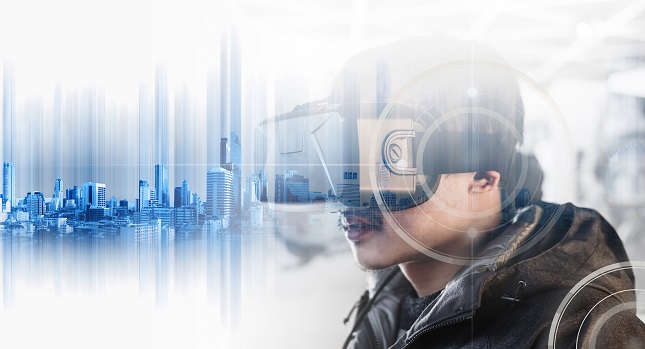 Gaming as a mass medium provides players with rich, engaging, and entertainment content. Games also provide decent tailwinds for economic growth as the industry contributed $11.7 billion in value to the GDP of the United States in addition to direct employment of 65,678 Americans in 2016.

Michael D. Gallagher, president and CEO of ESA, the trade association that represents the US video game industry notes that “America is a nation of gamers… Families across the nation enjoy video game experiences that deliver sensational and immersive fun. The industry’s high-tech developers, designers, and creators use cutting-edge innovations on every device – from the smartphone to virtual reality – to capture the imagination of gamers across the US and around the globe.”

Gaming by the numbers

The video game industry delivers about $100 billion annually to global economy via microtransactions, subscription services, in-game ads, and additional downloadable contents. According to the entertainment software association (ESA) in its 2017 essential facts about the video and computer games industry, U.S consumers spend $24.5B on gaming content in 2016 compared to the $3.7 billion spent on gaming hardware. 8 out of every 10 American households has a dedicated device for playing video games. At least 42% of Americans report that they play video games for not less than 3 hours each week.

The development of games is usually undertaken by major traditional game publishers such as Activision, EA, Sony, Microsoft, Ubisoft on the one hand, and independent (indie) game developers on the other hand. Indie developers consider their work an artform and they often push the envelope all the way to the top with their imaginations and creative freedom. Some of the popular games made by indie developers include Minecraft, Bastion, Angry Birds, Hidden Folks, Spelunky and Ooblets among others.

Despite the importance of indie game developers to the global gaming industry, they still face serious marginalization that limits their ability to unleash their full potentials.

One of the biggest challenges facing indie game developers is funding. Indie developers need funding to get an idea off the ground, pay for their basic sustenance while they bootstrap the game, hire a support team, and to pay for marketing.

The second challenge facing indie developers is the stiff competition they face from existing traditional game companies with seemingly deep pockets. Thirdly, many indie developers don’t have a marketing team, they lack marketing experience, and their incredible games often end up wasting away in oblivion.

Blockchain technology is perhaps the most disruptive development in the market right now. Blockchain technology has shown an incredible ability to precipitate a paradigm shift in the global financial landscape as cryptocurrencies such as Bitcoin and Ripple continues a steady displacement of fiat currencies.

Blockchain technology is simply a global network of computers involved in the joint management of records to ensure accountability, transparency, and security of value.

The decentralized nature of blockchain makes it an open, distributed ledger that can record transactions between two parties efficiently and in a verifiable and permanent way. Blockchain technology ensures the immutability of data because the records kept on a block cannot be changed without making changes to the other blocks.

Game Protocol, a blockchain-based network built on the Ethereum blockchain is setting up shop to become a decentralized game store that can provide indie developers with tools and a platform for raising funds. Jonathan Swerdlow, CEO of the company notes that “the gaming industry will be fundamentally disrupted by Blockchain technology… whether we like it or not, the blockchain revolution will disrupt many traditional businesses such as banking, gaming and more.”

Game Protocol is the 1st blockchain based game marketplace where indie developers can sell games directly to consumers – the platform takes a relatively smaller transaction fee than centralized game stores such as Google Play Store and Apple Store on mobile devices. The decentralized nature of Game Protocol’s platform also ensures that indie developers enjoy transparency in sales volume, ratings, and reviews of their games.

Developers crowdfund their game development using its proprietary “GameStarter” platform instead of seeking funding from investors who focus more on the business of gaming than the entertainment value of gaming. Crowdfunding game development, in turn, makes it easier to build a community of fans who are passionate about the games and provide reliable feedback to developers.

Participation in the blockchain-powered gaming economy of will be facilitated with Game Protocol Token (GPT), ERC 20 token created on the Ethereum blockchain.  GPT will be exchanged over mutually agreed terms for investing in decentralized games, buying in-game accessories, and participating in eSport competitions.