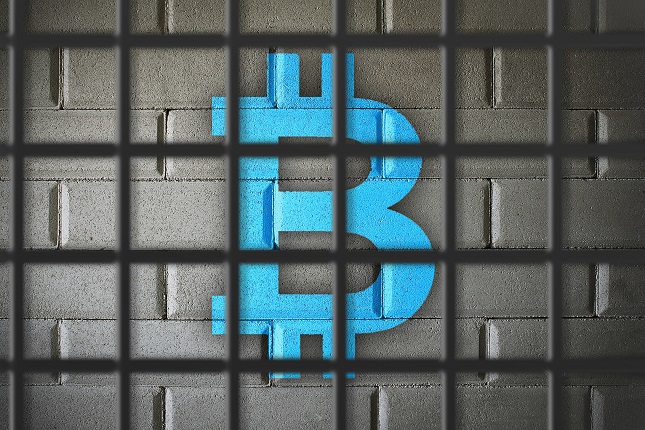 Blockchain-based cryptocurrencies like Bitcoin are all the rage at the moment. Their unregulated and decentralized nature means they are potentially disruptive when it comes to how global currency is handled. Without having to be associated with a geopolitical force like a national government or a central bank, digital currency is likely to have a big impact on the fintech sector. However, because of the unclear nature of cryptocurrency, the legal status of Bitcoin and other altcoins is most certainly in flux. Some countries regulate crypto heavily, some not so much; in some cases, it’s banned outright. It can be difficult keeping things straight, so here are some important facts you need to know about the safety and legality of the blockchain.

Cryptocurrencies are iconoclastic in the extreme – these borderless virtual currencies are universal and are completely untroubled by jurisdiction or regulation. As long as you’ve got an internet connection, you’ve got access to Bitcoin and other crypto coins, or at least you should according to crypto enthusiasts everywhere. This is, however, not true universally, thanks to governments worldwide taking steps to limit the scope of crypto in their jurisdictions, with the usual rationale being that there are no consumer protections in place.

There are no comprehensive laws on the books when it comes to cryptocurrencies, though. Whether it’s differences from country to country or from one US state to another, there are no hard and fast rules when it comes to the legality of dealing with crypto wherever you live. This can make user security for cryptocurrency an issue if you’re unsure of the laws in your region or if you do business overseas. The most useful way to rectify this, therefore, is to provide as detailed information as possible depending on your specific geographic location.

The US has one of the most confusing approaches to cryptocurrency. Federal approaches to digital currencies are mostly concerned with whether they can be considered taxable income, with the US Securities and Exchange Commission investigating if classifying crypto assets as securities are appropriate. On the individual state level, though, there are few states that have crypto regulations in place. Some jurisdictions, such as New York, have taken steps to require crypto businesses to comply specific regulations. A good example of this is how Coinbase had to seek licensing under NY’s BitLicense law to function within the state.

Canada doesn’t acknowledge crypto as legal tender within its borders. At the same time, the country has said that, under certain circumstances, crypto transactions may be taxable. Additional requirements for crypto companies operating within the nation include being in compliance with anti-money laundering laws, but crypto is otherwise permitted in Canada.

Caution is the watchword in the European Union. The EU’s Central Bank has gone on record about the possibility of using crypto in money laundering, but by the same token, there’s simply not enough information on hand to make a ruling. The president of the ECB, Mario Draghi, has said as much in recent interviews.

The United Kingdom’s Financial Conduct Agency has said that it’s leaning towards classifying cryptocurrencies as commodities. There’s no movement on implementing regulation as yet, however, which means the UK is a safe place to conduct crypto-related business for now.

The Australian government requires crypto exchanges operating within its borders to be properly registered. Additionally, there are anti-money laundering regulations being written that once implemented, will require these same exchanges to be in compliance. For now, that’s all Australia has in store for crypto enthusiasts as far as regulation goes.

China is certainly taking crypto seriously. Crypto exchanges have been under fire, and so have bitcoin miners who up until now were being provided tax deductions and inexpensive electricity. While there’s no outright ban in place, the Chinese government is likely to crack down more in the future. The legality of cryptocurrencies remains unclear.

The Indian government doesn’t accept crypto as legal tender. At the same time, there are no plans to ban or regulate blockchain-based currencies. The government has, however, made it clear that cryptocurrency’s volatility and unpredictable nature can be dangerous.

Unlike the rest of the world, Japan has been at the forefront of accepting digital currencies. Bitcoin is well on its way to be considered legal tender in the country, but this also means that crypto businesses within Japan’s borders are going to be heavily regulated as a result.

There haven’t been any announcements yet as to their nature, but the Malaysian government – and its central bank – are hard at work on national regulations for cryptocurrency within its borders.

Vladimir Putin, Russia’s president, has been clear that he’s a proponent of cryptocurrency. There are likely regulations in the works within the country, much as is the case with Malaysia.

South Korea is taking a hard-line approach to crypto fraud and has already made it illegal to hold an anonymous cryptocurrency account. Cryptocurrency exchanges operating within the country are also likely to come under regulatory fire soon.

Singapore has no plans to regulate crypto quite yet. In the future, the sovereign city plans to create a regulatory framework to facilitate payments made in bitcoin, though.

As of 2014, Thailand declared cryptocurrency not legal tender. However, this decision lifted a previous ban on the virtual currency that was in place up to that point.

Argentina’s central bank has sounded the alarm when it comes to unregulated currencies and their possible dangers. Despite that, the Argentinian government has not passed any laws in an attempt to control cryptocurrency within its borders.

Cryptocurrencies, and in fact any type of currency not specifically cleared by its government, have been illegal in Bolivia since 2014.

Bitcoin and other digital currencies have been illegal in Ecuador from 2014 as well, with the National Assembly taking steps to ensure its ban.

Mexico’s central bank has the legal authority to regulate any crypto service company that operates within the country, thanks to a 2017 law. The country has, meanwhile, taken a page from Canada’s approach by requiring Mexico-based companies to implement anti-money laundering rules.

Foreign exchange laws in Morocco changed in late 2017, making it illegal to conduct any business with digital currencies. Violating this rule can net you some rather steep penalties if caught.

Namibia, like Morocco, has taken a hard-line approach to crypto assets. The country has unequivocally declared blockchain-based digital assets as completely illegal.

There are no specific regulations that ban people living inside the borders of Nigeria from owning cryptocurrency, as the country is still working on an official response. At the same time, the country’s banks are not permitted to handle any virtual currency of any kind.

The South Africa Reserve bank made a decision in 2017 to partner with blockchain service provider Bankymoon to experiment with whether regulating cryptocurrency is feasible within the country. This sandbox approach means there will be no official regulations passed until research has concluded.

Zimbabwe’s central bank has declared that cryptocurrencies aren’t considered legal within the country. At the same time, there have been no rules set in stone for regulating or banning digital currencies at this time, leaving things up in the air until the government makes a more definitive ruling.

This article was written by Catherine Tims, a freelance writer.