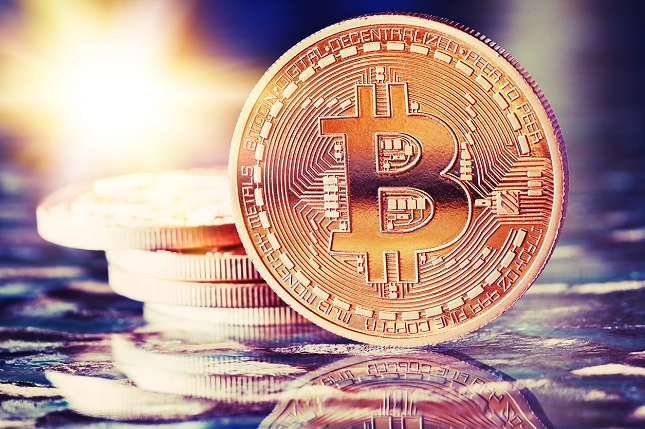 Another Bitcoin hard fork has hit Bitcoin in October. Bitcoin holders may have missed the news of the Bitcoin Gold hard fork as many of the exchanges have been more focused on the upcoming SegWit2X fork. The Bitcoin has been forked on blockchain 491407 on 24th October and created the Bitcoin gold (“BTG”).

Bitcoin’s price slipped to $5,374 as a result of the fork, before its record run resumed. Bitcoin gold slumped more than 60% on the day of the fork, according to futures prices. Both have surged in prices since then.

Why the Bitcoin Gold fork?

Bitcoin is mined using Application Specific Integrated Circuits more commonly known as ASICs. Mining is dominated by just a few miners. Bitcoin Gold’s intention is to allow non-ASICs miners to mine for Bitcoin, freeing Bitcoin of the Bitcoin Cartel that has the majority of the hashpower. This would allow mining with the use of CPUs and graphics processing units (“GPUs”). It is estimated that after the fork, Bitcoin Gold miners using CPUs will have 100 times less mining power than ASICs users. It may not sound great, but it’s better than the 1 million less mining power for Bitcoin. GPUs mining power will be even closer to ASICs’ power.

Decentralization may be the primary goal, but the ability to mine with Graphics Processing Units (“GPUs”) also will make Bitcoin Gold a competitor of Ethereum and other GPU mined cryptocurrencies.

How to Sell your Bitcoin Gold (BTG)?

Getting an equivalent amount of Bitcoin Gold coins does not mean that your Bitcoin portfolio will double in value. As always, Bitcoin Gold’s value will be subject to the ability to buy and sell on exchanges and also supply and demand.

So, once you’ve got hold of your Bitcoin Gold coins, the next question will be on what to do with them. There was plenty of debate going ahead of the Bitcoin Cash fork over which exchanges will accept the coins. The Bitcoin Gold fork has been no different. There is good news, however.

Concerns over adequate security have caused some exchanges to only distribute or take the wait-and-see approach. Concerns over the threat of replay attacks have been raised by a number of exchanges.

The following Japanese exchanges have updated their policies on Bitcoin Gold in recent days:

Coincheck said that they will distribute Bitcoin Gold after they have confirmed its security and stability. They have yet to indicate a specific date and time.

Bitpoint stated that they will allocate Bitcoin Gold to their customers. The exchange also said that there may be delays should there be stability issues or risk of replay attacks. The exchange added that it was undecided on whether it would offer withdrawal and deposit services or permit the trading of Bitcoin Gold.

GMO Coin announced that it would distribute Bitcoin Gold to its customers, but was undecided on when. The exchange added that it had no plans to allow the trading of Bitcoin Gold.

Zaif has stated that it has no plans to distribute or allow deposits, withdrawals or trading of Bitcoin Gold. The exchange added that it would consider handling Bitcoin Gold once all concerns have been addressed.

Fisco and Bitbank made similar statements as Zaif, the wait-and-see approach preferred.

Bittrex, which is the world’s third-largest crypto-exchange by trading volume, said that it will not list Bitcoin Gold trading. Bittrex announced that it would credit Bitcoin customers with Bitcoin Gold, however.

Coinbase, which is based in the U.S, said that it would not support Bitcoin Gold and considers the fork as a risk.

Exchanges that have already prepared trading operations for Bitcoin Gold include are as follows:

Bitfinex is one of the larger exchanges and has provided its Bitcoin holders with Bitcoin Gold tokens. While actual deposits and withdrawals are not yet permitted, trading of Bitcoin Gold tokens is possible. The pairings offered for trading are BTG/BTC and BTG/USD.

Yobit has confirmed the distribution of Bitcoin Gold tokens and allows the trading in the following pairs: BTG / BTC and BTG / ETH.

BitStar has distributed Bitcoin Gold tokens and has also introduced BTG trading and expects to allow deposits and withdrawals once the BTG blockchain is stable. BitStar only permits the trading of Bitcoin Gold with Bitcoin.

The fact that some exchanges have distributed Bitcoin Gold tokens ahead of the distribution of Bitcoin Gold coins and allow trading them will be good news for many. The 66% fall in the futures value of Bitcoin Gold was likely to be due to investors looking to cash in on the free tokens.

Looking at today’s futures price, not all Bitcoin Gold token holders are in as much of a hurry. BTG’s futures prices stand at $168.83 at the time of writing, recovering from a 28th October low of $111.153.