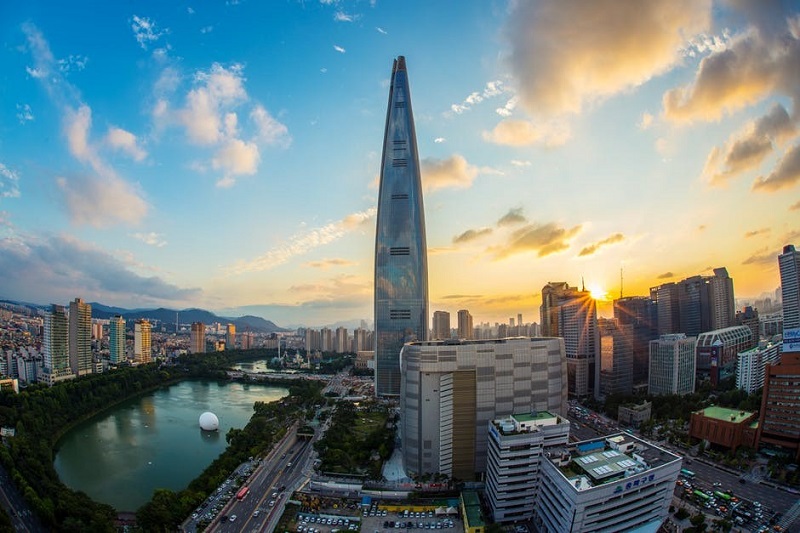 Countries like South Korea and Japan have long been early adopters in tech-forward industries like cryptocurrencies and the ongoing blockchain revolution. Because of their advanced interest in emerging tech markets, Asian markets are crucial for investors to study when determining what the next big move is going to be in the tech space and markets. Asian markets can act as an indicator and barometer for not only the current state of the industry but where the next big shifts are likely to occur. When it comes to cryptocurrencies, consider that 1 in 3 South Koreans either owns cryptocurrency or gets paid in it. That alone is substantially beyond the adoption rate of the United States and other Western Countries. In South Korea, roughly 31% of workers are cryptocurrency investors, compare that to the 7.8% ownership rate of Americans. So it comes as no surprise that places like South Korea and Japan are good markets to watch and keep one’s ear to the ground.

Past and Future Indicators

In the past, Asian markets have proven to be helpful indicators for future price movements and emerging trends in the industry. Shifts in regulatory positions and government oversight in Asian markets have led to crippling bitcoin (BTC) prices and bearish trends in the cryptocurrency markets more broadly. After regulators announced a trading ban in South Korea, bitcoin suffered a nearly $2,000 discount because of the news.

We’ve seen similar events occur because of Japanese regulatory concerns as well. In June, the price of bitcoin slumped again after Japanese regulators spoke publicly about cracking down on exchanges and rules regarding anti-money laundering practices.

Conversely, investors can also use these same markets as indicators for what the next shift is going to be in the industry to get in early. Rather than just being indicators for price downturns, Asian markets offer investors information about where the industry is heading and what’s next.

Regulatory concerns have been at the top of nearly all cryptocurrency investors’ minds lately. While many western countries are still figuring out where they’re going to stand in the future, Asian countries have been focusing their efforts to bring crypto into the mainstream and out of the darkness.

In the United States, regulators are still debating on classifications of different crypto assets like Bitcoin and Ethereum and whether they’re securities, commodities, currencies, or an entirely new asset class altogether. However, Thailand has been taking steps in a different direction. Earlier in the year, Thai officials created the Digital Asset Business Decree that defined cryptocurrencies as a medium of exchange as well as identifying tokens as “rights to participate in a digital environment.”

Reversing their original position on initial coin offerings (ICOs), regulators in Thailand now allow for investors to participate in what are deemed to be the 7 legal cryptocurrencies: Bitcoin, Ethereum, Ripple, Bitcoin Cash, Litecoin, Stellar, and Ethereum Classic. Legal ICOs being conducted are then denominated and carried out in those chosen 7 cryptocurrencies.

Thailand isn’t the only Asian country shifting its position on ICOs either. At the beginning of the summer, a National Assembly committee in South Korea, whose sole purpose is to study the “Fourth Industrial Revolution” said that they’re exploring options for enhancing the legal status of cryptocurrencies in the country, including a possible reversal on the 2017 ICO ban. The shifting views of regulators and governing officials in countries like South Korea toward cryptocurrencies are likely to help pave the way for western markets and regulators when they finally make their mind up on the new technology. Though other trends are worth noting for the future of the industry, this is the one likely to have the biggest effect on the entire industry, not just investors.

Perhaps the largest market movement taking place in the Asian cryptocurrency scene now is the convergence of the gaming and cryptocurrency industries. Both industries tend to attract more forward-thinking, tech-savvy adopters because of the technology required to participate. Beyond that, gamers are already accustomed to working with virtual currencies and online economies in a way that other consumers simply aren’t.

Dating back for years, gamers have used digital coins and tokens as a medium of exchange for in-game economies ranging from purchasing new skins, in-game items, and a variety of other accessories. It’s worth noting that Asian crypto enthusiasts and entrepreneurs have not overlooked this growing trend, especially in a region where countries make up some of the largest gaming markets in the world. Japan is the third largest gaming market globally, behind only the United States and China.TechinAsia even says that gaming may even be “the key to taking blockchain mainstream.”

New blockchain-based startups are taking advantage of this trend and building products to service this growing industry. Companies like BUFF are building entirely new micro-economies that span across different video game titles and allow gamers to use a single digital currency (a specific cryptocurrency) to purchase goods and online services in the industry.

Another gaming-crypto company, Singapore-based startup Bountie is developing a similar blockchain-based platform where gaming users are rewarded for their time and effort spent playing video games with cryptocurrencies.

These blockchain-based services making their way into the gaming markets aren’t accidental, either. Crypto enthusiasts, innovators, and entrepreneurs in Asia are witnessing first-hand the developments in the area. They’re seeing the growth in both interest and demand in the growing areas of the economy, and they’re developing products to meet the needs of those in the area.

These trends are important for investors abroad to take notice of. As with Asia’s ability to influence and predict what the next move is in the crypto world, consumers in the region provide investors with real-world data about emerging areas of the economy. With growing interest at the intersection of gaming and cryptocurrencies, investors can get a clear view of what one of the next biggest trends is likely to be in the blockchain industry.