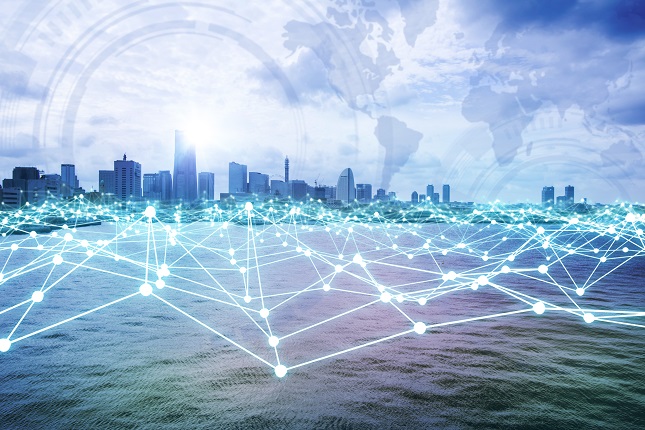 Blockchain technology is a disruptive phenomenon and the world has not even begun to scratch the surface of the unprecedented paradigm shift that it will engender. Bitcoin, one of the interesting applications of blockchain application is simply a daring gamble on the part of Satoshi Nakamato, but the world will never go back to be the same. Of course, Bitcoin is not the only cryptocurrency and there’s now a growing list of cryptocurrencies that have the potential to develop better value than Bitcoin, but I digress.

Before the development of cryptocurrencies, there was no way to transmit value from one person to another without using the instrumentality and support of third parties. The third parties simply provided the “trust factor” to facilitate exchange and transfer of value. With the introduction of Bitcoin, people caught on to the revolutionary concept of instantaneous peer-to-peer transfer of value.

The Internet of Values is birthing a new order

The Internet and the information highway that it powers is superb; yet, the internet remains largely limited in its ability to facilitate the transfer of value. When you send information (an email, PDF, PowerPoint, whatever) over the internet, you are not sending the actual information; rather, you are sending a copy of the information to the recipient – no value has changed hands.

When you buy stuff online or send money to someone, you are not actually transferring the value (money). What an online purchase/transfer does is to send information to an intermediary such as a bank or a credit card company to send a certain amount of value to the recipient. When someone sells a stock; they don’t actually send the stock over to the buyer; rather, they instruct an exchange to send the stock purchase to the buyer. Unfortunately, the intermediaries saddled with this transfer of value usually provide the service for a fee and it takes some time to execute such instructions.

With blockchain technology, we now have an internet of values where there’s an actual exchange of value from one person to another without the facilitation of a third party. One of the biggest reasons behind the popularity of cryptocurrencies is that they facilitate a peer-to-peer transfer of value and they eliminate double spend because you can send and hold a cryptocurrency at the same time.

However, if there was a way to engender cross-chain transactions across the different blockchains, we will be on our way to seeing a truly peer-to-peer economy built on trust. Below are 2 interesting startups trying to bridge the interoperability gap to birth a true Internet of Values with blockchain technology.

Fusion is an innovative blockchain solution created to bring the interoperability gap between different blockchains by engendering cross-chain transactions. FUSION also has the potential to engender off-chain transactions as the inevitability of a value-driven economy becomes more pronounced.

Fusion is particularly interested in finding ways to leverage smart contracts to promote the adoption of cross-chain transactions. Smart Contracts on Fusion will be able to pull and render data from different data sources online, on-chain, and off-chain, and the Smart Contracts will have the capability to render different kinds of contextual logic in execution.

FUSION believes that its innovative kind of smart contract will have applications in insurance, wealth management, banking, lending, and in other financial arears. Interestingly, Fusion has created the FUSION (FSN) token to be used to facilitate the proof of work (PoW) and Proof of Stake (PoS) processes on the platform.

Wanchain also offers a unique solution for breaking the limitations on cross-chain transaction to activate increased adoption of mass-market adoption of blockchain technology. Created by Jack Lu, a blockchain entrepreneur and technical expert, Wanchain is creating a new distributed financial infrastructure that will connect the world’s digital assets.

In order to facilitate the digitization of assets, Wanchain has built an internal private blockchain through which users can build smart contracts for a practical transfer of value. Wanchain believes that its cross-chain capabilities and its smart contracts, could make it an intermediate protocol between cryptocurrency exchanges.

However, Wanchain’s use case are not limited to cryptocurrency exchanges alone. Financial institutions can leverage Wanchain to build asset management tools to minimize exchange counterparty risk and ensure privacy protection on trading positions. The Wanchain platform can also serve as a tool for launching ICOs easily because it’s cross-chain capabilities make it easy to collect funds from different kinds of cryptocurrencies.