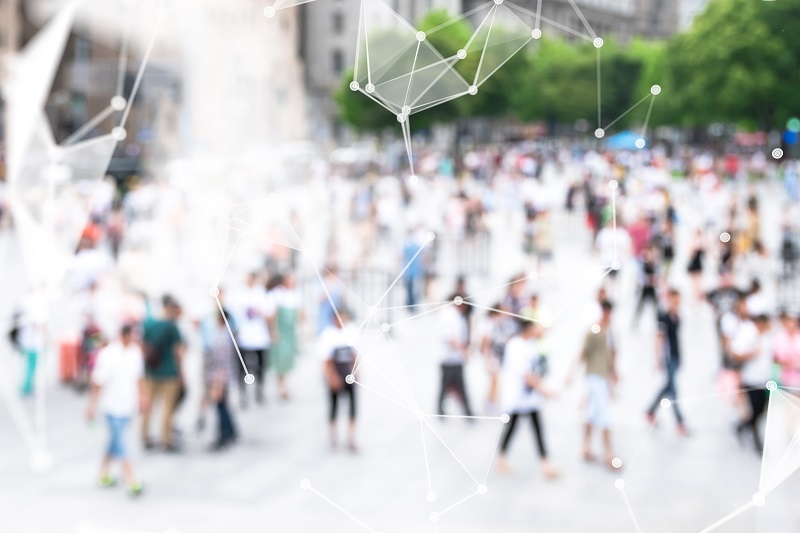 Blockchain or the technology of trust, has redefined the way we transact. The technology is based on a patriotic concept, i.e. a huge database authenticated by a wider community, rather than any middle authority further allowing a self-sustaining, secure, and fast movement of information/payments/data.

To be more technically sincere, what happens when you integrate computers, and internet– records are shaped, established over a distributed network of computers and paired with preceding entries in the chain, developed, as a result of continuous data addition (blocks), conclusively, a blockchain is forged.

Since the technology is now no more extrinsic to timeless controversies, the utility of the technology is what is being debated, left, right and center, everywhere online, offline, the right usage or implementation of the massive technology is still being “talked”. Adding some more debatable, but logical and proof-injected, the utility of blockchain, in this article, I will discuss the fusion of social media and the wide and economically responsive tech.

How Blockchain works and Why its proof model provides trustless and distributed consensus?

Blockchain has the potential to move beyond just buy and sell; it has the capability to change the way social interactions take place today, at Viral News Teller–Facebook; Excessive and Unnecessary Trolls–Twitter; Restricted Content–YouTube and Open Scams.

Required and proved benefits of Social Media with Blockchain backing

In an interview with Entrepreneur, Humans.net, CEO quotes: “The fundamental building block of Humans is the development of a huge databank or directory of people, and their skills, made accessible to other people on the platform.” and continues to say “We will be a full-fledged decentralized system with social recommendations in the blockchain ranking the skills and services on offer.” In short,  users can provide and seek services through the clever implementation of the blockchain.

Blockchain-based social networks ensure security and privacy through a distributed consensus mechanism further giving the freedom back into the hands of users. Companies like Nexus is working on decentralizing and encrypting all the data and uploads.

What makes Blockchain a special ingredient in its awkward yet beneficial handshake with social media, is the combination of security provided by cryptography with the immortality of the internet.

Backing the claim with some examples, here is what a few blockchain companies are doing with social media networking as a key ambition. Stay with me!

Steemit: Steem, one of the earliest adopters of the blockchain, has matured into the most trustable, effective and organically growing blockchain based social media network. Unlike Facebook, that only implies viral content growth, Steemit, is based on a decentralized reward platform for publishers who can monetize on content and ultimately grow a community.

A Steemit user, David Kadavy in a short interview with Bloomberg says: “I feel like I’m in the Stone Age when I’m on Facebook or Twitter,” and continues by saying: “They have no value without what you’re contributing to them. If Facebook doesn’t respond to this, things can change very quickly. They should be very concerned.”

Sola: A hybrid of social network and media, commanded by Artificial Intelligence, has more than 700,000 users worldwide now as claimed by the website. Sola is responsible for spreading information at a viral pace, by applying AI algorithms further combined with user reactions. The quality content then reaches the user base of Sola where the rest is done, and that is, making it more viral.

As reported by ICO Alert, an interview with Sola’s CEO, he explains: “It allows us to share revenue from advertising, user payments, and partnerships with users, providing a strong financial incentive to use our service and create quality content.”

PROPS Project: The Props Project is an unusual yet very critical to the need of social networking today. The project is responsible for providing users with real-time engagement, content trending boosts, and gains upvote curation power, along with, knowing the status of their contributions to the whole network growth. Social Media stars like Phil DeFranco and Casey Neistat are broadcasted regularly on the platform, which has in a way, attracted many new users.

CEO of Props Project quotes: “We asked ourselves, how can we leverage our strengths and what would the next generation of a social video look like?” according to WIRED.

The best example or indicator of public traction is the continuous, traumatic yet exciting up and down of Bitcoin price. This year 2018, was the year where Blockchain emerged into a greater collective conscious which was the reason why Bitcoin price has been swinging to and fro through hell and heaven. Knowing that blockchain will contribute consequently into cybersecurity, the smart integration of the tech with social networking will bring the following changes:

It is a brutal truth that Facebook is in no imminent danger; the blockchain has the potential to offer a necessary solution to plenty of industries deep-seated problems. A more rewarding, interactive and intellectual experience can be created if the fusion of blockchain and social media maintains the growth it has come up to today. All we have to do is, accept!