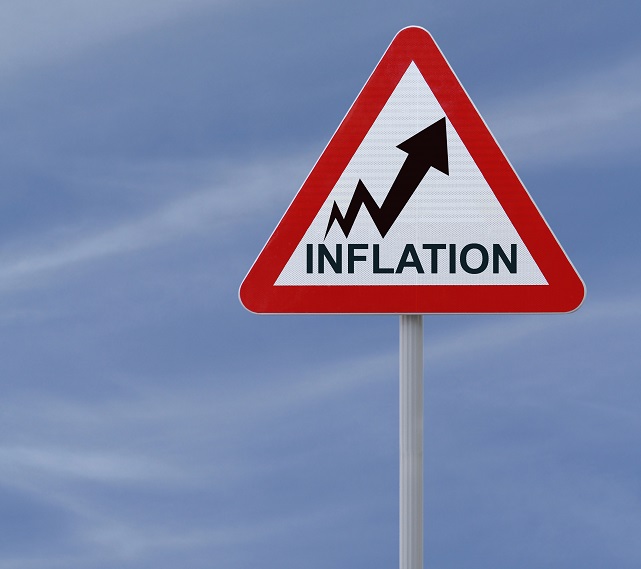 U.S. Federal Reserve policymakers are expected to stick with its current super-loose monetary policy at its next Federal Open Market Committee (FOMC) meeting on April 27-28, even as the economy strengthens and increasing COVID-19 vaccinations make a return to a more normal life in the United States likely in 2021.

This prediction was easy to make because that is what Federal Reserve Chairman Jerome Powell and his policymakers have told us several times since their last policy meeting in mid-March. In fact, the Fed also added the U.S. economy is going to temporarily see “a little higher” inflation this year as the recovery strengthens and supply constraints push up prices in some sectors. Nonetheless, the Fed is committed to limiting any overshoot.

Those modifiers – “substantially” exceeding 2% inflation or above that level for a “prolonged” period – help to more sharply define the upper bounds of the Fed’s comfort zone as prices rise.

“I would emphasize, though, that we are fully committed to both legs of out dual mandate – maximum employment and stable prices,” Powell said.

Consumer prices shot higher in March, given a boost by a strong economic recovery and year-over-year comparisons. The consumer price index (CPI) rose 0.6% from the previous month but 2.6% from the same period a year ago. The year-over-year gain is the highest since August 2018 and was well above the 1.7% recorded in February. Core CPI, which excludes volatile food and energy costs, increased 0.3% monthly and 1.6% year-over-year.

Later in April, the government will release another report on inflation. It’s called the Personal Consumption Expenditures (PCE) price index and is often referred to as the Federal Reserve’s preferred price index. This report is also expected to rise, but it begs the questions, which inflation report offers a more accurate depiction of price growth and why does the Fed prefer to use the PCE figures?

What’s the Difference between the CPI and the PCE?

The FOMC, which sets the Federal Reserve’s monetary policy, judge’s inflation by the Personal Consumption Expenditure (PCE) price index. While the Consumer Price Index (CPI) looks at what people are buying, PCE looks at what businesses are selling.

The PCE tends to capture a broader picture of spending and contemplates substitution among goods when something gets more expensive – so if the price of bananas goes up, it takes into account that some people will start buying apples instead. PCE doesn’t just measure people’s out-of-pocket costs for health care, it also contemplates what Medicare is paying.

Another term that gets mentioned a lot is “core inflation”. Both the CPI and PCE are calculated taking overall inflation minus food and energy into account. The government and the Federal Reserve prefer a measurement of inflation that takes out food and energy prices because they are quite volatile, and they can swing based on factors such as oil supply and severe weather. Economists and Fed policymakers prefer to take them out of the inflation equation to get a better sense of what’s going on in the economy.

Earlier this month, March CPI was up 0.6 percent for the month – more than the 0.4 percent increase in February. But Core-CPI was up 0.3 percent. Over the past year, the Consumer Price Index was up 2.6 percent, but the core index increased by 1.6 percent.

Depending on which segment of the economy you’re looking at, you can tell different stories about what’s happening with inflation. But that’s where the Fed comes in. Inflation should not be a concern that keeps you up at night, that’s sort of the goal, from the Fed’s standpoint.

The economy has started to get warmer and at times, we will see inflationary spikes as sectors reopen and consumers spend their stimulus money. Volatile food and energy prices will jump when compared to last year’s levels, but then conditions are expected to flatten out. At least that’s what the Fed is expecting. So at this time, expect higher inflation, but don’t worry about it spiraling out of control.