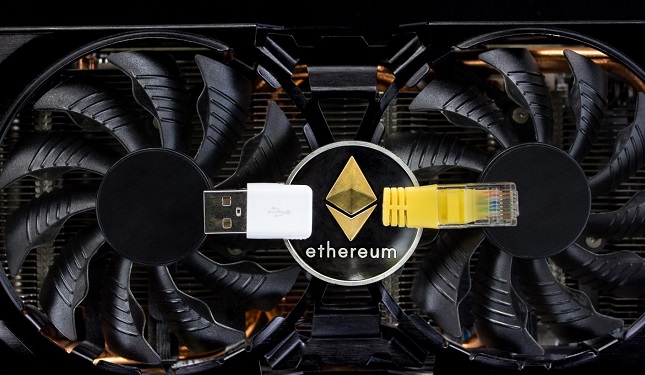 Everyone has now heard about Bitcoin, the cryptocurrency on the Internet. It enables secure, anonymous and immediate money transfers without the involvement of banks or other institutions. This used to make this currency particularly interesting for shady individuals of all types, but more and more “normal” users appreciate the fact that a reliable infrastructure frees them from the banks’ tasks and thus also saves them the sometimes steep transaction fees. For example, a Bitcoin transaction from Switzerland to South America is completed within a few seconds, with minimal costs for the sender.

This is made possible by the underlying infrastructure of Bitcoin – the blockchain, a distributed platform secured by cryptographic algorithms, which ensures that every transaction is stored in an immutable and verifiable manner. For example, if you want to transfer Steve 0.1 Bitcoins (equivalent to about $820, as of March 17, 2018) to the USA, this action on the blockchain will generate an entry “I have transferred 0.1 Bitcoins to Steve”. It is no longer mutable and visible to everyone, so Steve can’t claim that you didn’t transfer anything. On the other hand, you can’t just say “I did a transfer” – if it’s not on the blockchain, then it didn’t happen!

Smart Contracts – another gear up again

However, the blockchain only unleashes its full potential in conjunction with the “Smart Contracts“, held its killer application by many experts. These are digital versions of contracts of any kind, which ensure that interactions between different parties take place automatically according to previously agreed rules. Automatic execution of actions that are also binding and irrevocable at the same time – a combination that made the financial world listen up. Derivatives trading, loan, and mortgage contracts and financing are potential applications that can be handled by Smart Contracts on the blockchain and that are already being worked on.

As of now, Ethereum is the leading platform for smart contracts with over 1000 of them already deployed on its blockchain. However, there are some other alternatives to Ethereum which promise to solve some of Ethereum’s security and scalability issues.

Decentralised trading on the OTC blockchain

A fine example is one of the first successful implementations in Switzerland: a block-chain-based platform for OTC (over-the-counter trading) of currencies, commodities, and securities. This OTC blockchain is being implemented by a Swiss consortium of banks, ti&m AG from Zurich and the Institute for Financial Services (IFZ) of the Lucerne University of Applied Sciences and Arts.

OTC trading is traditionally conducted via a broker and has recently been subject to ever stricter regulations on money laundering, making it increasingly uninteresting for the parties involved. A direct peer-to-peer model on the blockchain with automatic and reliable Smart Contracts verification of regulations resolves this dilemma.

This setup was supplemented by a sophisticated identity management system, which reliably identifies the trading partners, as well as an encrypted data storage outside the blockchain, which also enables the storage of larger amounts of data. In the future, OTC blockchain will allow OTC trades to take place directly between trading partners, without brokers and, above all, with automatic, auditable and thus legally compliant verification of the money laundering rules.

Weighing the Years Ahead: Blockchain and Smart Contracts 2025

According to a study by the New York management consultancy Accenture, nine out of ten banks are already dealing with blockchain applications. Insurance companies, logistics companies, pharmaceutical companies and other industries are also exploring the possibilities of the Blockchain. This gives it the potential to change much of today’s economy.

Blockchain and Smart Contracts are not a temporary hype that will be forgotten the day after tomorrow. On the contrary, the revolution will progress and we are about to witness some exciting times.