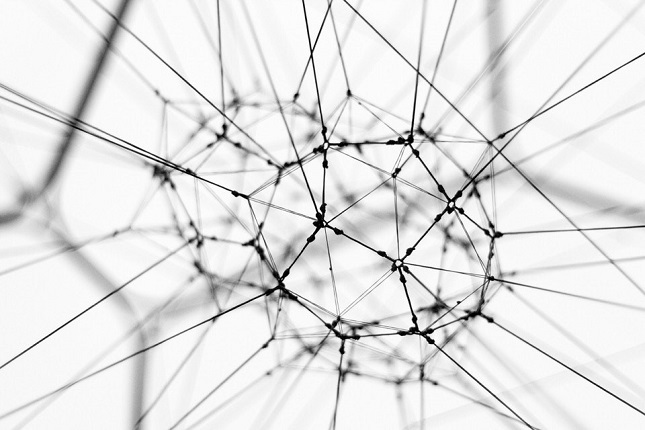 Technology, Human Hierarchy, and the Things that Limit Us

For some, the word ‘cooperation’ represents an integral function of relationships. For others, cooperation is an elusive or unattainable state.

Either way, cooperation (or the lack of it) is an essential determining factor when it comes to the survival of any entity. The simple fact of the matter is that human beings are tribal animals, and as such, hierarchical structures being formed among human relationships – intentionally or unintentionally.

In most of the Western world, hierarchical structures are built in ‘pyramid’ formations – one individuals or a small group of individuals sit at the highest level of power; below them are a slightly larger group, followed by an even larger group, and so on.

This hierarchical model has been intentionally replicated in most corporations. A CEO or another executive holds the most powerful position, and subsequently larger (and less powerful) groups sit below.

Efficiency has been the main sustaining factor of this model in a corporate context. Indeed, the practice of having small groups of individuals make decisions for large organizations of any kind is certainly efficient.

However, it isn’t always successful. When important decisions are made by small groups, individual biases often play a larger role. Additionally, a smaller group of decision-makers also means a smaller pool of knowledge that is used to make a decision.

Former US President Woodrow Wilson said that “I not only use all the brains that I have but all that I can borrow.” In other words, the ability to make wise and fruitful decisions is increased when a greater number of individuals (and the knowledge that each of them carries) are involved in the process.

Therefore, the decision-making process most ‘pyramid’ corporate hierarchies are inherently at a loss. What’s more is that the larger an organization is, the bigger the issue can be; the risk of social friction also increases with larger organizations. For any human organization, the preservation of trust, interest, and engagement among members is key to survival and success.

However, in the lightning-fast pace of the corporate world, efficiency is king. This kind of structure isn’t limited to internal corporate structures, either it translates directly into the products and platforms that they build.

For example, although the Internet is perfectly capable of supporting real-time, peer-to-peer information exchange, most internet platforms are governed by small groups of individuals; users often have little to no control over the platforms they engage with.

The Birth of the ‘DAO’

Despite the known flaws in the structure of most corporate entities, there seemed to be no ‘real’ better way of doing things. Corporate governance systems that allow for more democratic methods of decision making have been inefficient or lacking appropriate security measures against hacking or manipulation.

However, the era of blockchain has brought forth secure and efficient platforms that are capable of facilitating the operation of DAOs: Decentralized Autonomous Organizations. Hundreds of teams across the globe in the process of building DAOs for everything from social networks and investment platforms to collaboration spaces and space agencies.

DAOs allow for decentralized organizational hierarchies–they allow anyone who wishes to participate to be involved in organizational governance, which correlates to better decision making and greater corporate success. Even entities or individuals who do not identify as or participate in DAOs themselves can use decentralized platforms for crowd-sourced wisdom and decision making, like blockchain-based prediction markets Augur and Gnosis.

Despite the brilliant innovation and dedication that goes into the creation of these DAOs, however, system design flaws can mean problematic governance practices.

Scalability has long been an issue in some blockchain networks – Bitcoin’s scalability issues are practically famous. In order for a blockchain-based governance system to work properly, scalability must not stand in the way of efficient decision making.

One company that is tackling scalability in blockchain-based governance systems is the Ethereum-based DAOstack, a platform that has branded itself as “an operating system for collective intelligence and open collaboration.”

DAOstack uses what it has called ‘Holographic Consensus’ to eliminate the possibility of scalability problems. Essentially, Holographic Consensus divides an organization into small groups. These groups are granted decision-making power by an internal relative majority; the platform ensures that the decisions made in the groups are reflected in the overall consensus.

By design, there is no limit to the number of proposals that can be made and voted on in the DAOstack platform. This encourages fairness and equal discussion. By default, proposals made on DAOstack can only be confirmed if they reach an absolute majority.

To avoid Byzantine confirmation times for every proposal, DAOstack has included a ‘Boosting’ feature that will allow certain proposals to be confirmed by relative majority instead of an absolute majority. Therefore, proposals that are boosted are given the opportunity to be confirmed faster.

To determine which proposals can be boosted, each proposal is given a score based on how many individuals within an organization are willing to place bets using DAOstack’s native GEN token. If enough bets are placed on a certain proposal, that proposal will be Boosted.

Essentially, the DAOstack takes the decentralized governance capabilities of the Ethereum blockchain and makes them work at scale. In a corporate governance context, this makes the decision-making process much more informed and efficient when it comes to things like fund allocation, and facilitates intelligence-gathering.

Decentralized Governance: the Way of the Future?

Since its inception, blockchain technology has been praised for its ability to take power away from centralized financial institutions and put it back into the hands of individuals. Let’s hope that the same can be said of government institution, and that we one day might see an Earth free of authoritarianism.