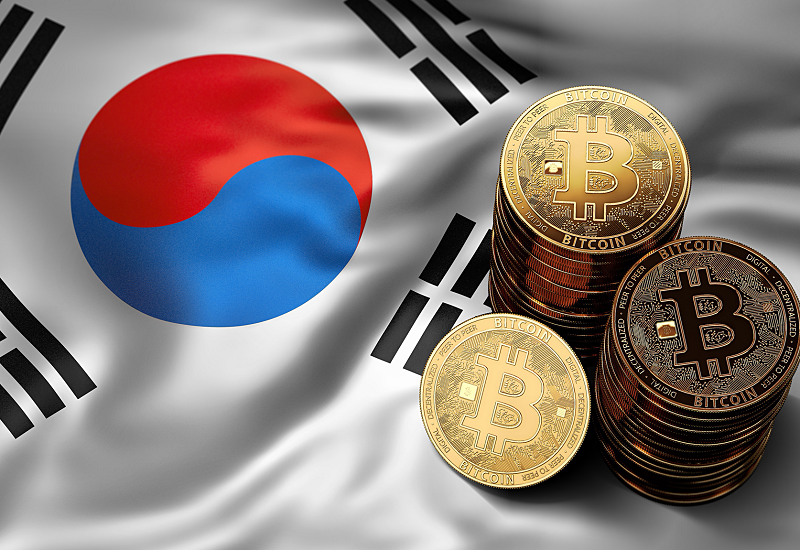 Interestingly, the two biggest cryptocurrency exchanges in South Korea, Upbit and Bithumb are listed in the top 25 crypto exchanges in the world and they pull their weight with a combined daily trading volume of $200 million. This piece provides insight into the emerging blockchain and cryptocurrency ecosystem in Korea and how the country could potentially be one of the places where the mass-market adoption of Blockchain technology is realized.

South Korea is a playmaker in the world of cryptocurrencies

The South Korean Won is the third most traded national currency for Bitcoin, trailing only the USD and the Japanese Yen. The Korean Won is responsible for trade volume of about 59,573BTC to control a crypto market share of 5.81% ahead of the Euro with a market share of 1.53% and the British Pound with a measly 0.21% market share as seen in the chart below.

In fact, BTC is currently being traded as 11 market pairs against the KRW base currency with a 24-hours trading volume of 59,206BTC on 11 cryptocurrency exchanges globally.

Korea to host a global summit for crypto innovators and investors

South Korea will be hosting Block Seoul, one of the largest blockchain conferences of its kind from September 16 through September 19 at the Sebitseom Island Complex on Seoul’s Han River. The conference among other things will bring together stakeholders in the cryptocurrency space as part of efforts to help them forge powerful connections and real-world relationships.

There’s an important need to start paying more attention to the practical applications of Blockchain technology beyond cryptocurrencies. Block Seoul is being set up to be a hub for investors, VCs, traditional financial institutions, and ICOs to connect, engage, and collaborate.

Hosting Block Seoul is particularly symbolic for Korea after the country had moved to ban ICOs and regulate the operations of cryptocurrency exchanges within its territory. Block Seoul will play host to heavyweights in business, governance, tech, the blockchain, and cryptocurrency – who will lend their voices to how regulations could be used to guide and power the mass-market adoption of blockchain technology. The more than 40 speakers include former directors of the CIA, NSA, U.S National Intelligence, founders of blockchain startups, partners in VC funds, and investment bankers.

North Korea, not to be outdone by its neighbor on the south has also revealed that it is planning to host its maiden international conference on cryptocurrency and blockchain technology in October. The details of North Korea’s blockchain conference are still sketchy and the country doesn’t have a developed conference tourism industry.

However, Radio Free Asia suggests that the event will be held in Pyongyang and for two days. Attendees can also look forward to a meet a greet session with North Korean business leaders as well displays of the country’s technological capabilities.

North Korea is not particularly the first port of call for cryptocurrency and blockchain enthusiasts, last year there were allegations that state-sponsored hackers from the country attacked exchanges and stole hundreds of millions of dollars in cryptocurrencies. Hence, it would be interesting to see how Pyongyang is able to leverage the conference to improve its image in the global crypto market.

The whole world is looking to South Korea for direction

From the foregoing, it is obvious that the whole world is fixated on developments in Asia and their effects on the global cryptocurrency markets. When Asia sneezes on crypto, the rest of the world tend to catch a cold. The fast-paced adoption of cryptocurrency in South Korea and its hosting of Block Seoul suggests that the country might yet be able to wrestle back the position to it lost to Hong Kong and Singapore by its premature decision to ban ICOs.