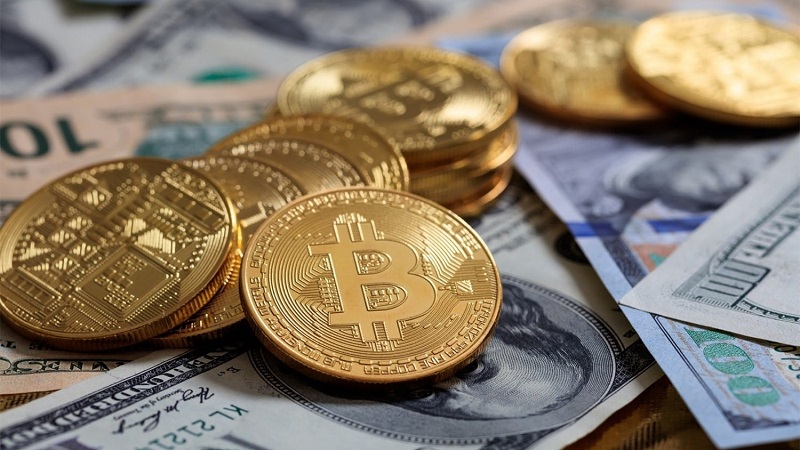 The fact that some people, nowadays, transact through electronic money continues to affirm suggestions that cryptocurrencies could be the currencies of the future. However, it will take some time before they find their way into the mainstream sector, given the strong opposition from regulators around the world.

Even as the world moves towards a cashless society, very few people have an idea of how different cryptocurrencies are from fiat currencies.

What Is Fiat Money?

Fiat Money is a kind of currency, issued by the government and regulated by a central authority such as a central bank. Such currencies act like legal tender and are not necessarily backed by a physical commodity. Instead, it is based on the credit of the economy.

Fiat currencies such as the US Dollar, Pound or Euro derive their value from the forces of supply and demand in the market. Such currencies are always at risk of becoming worthless due to hyperinflation as they are not linked to any physical reserves such as commodities.

Fiat currency first came into being at around 1000 AD in China before spreading to other parts of the world. Initially, currencies were based on physical commodities such as gold. It is only in the 20th century that President Richard Nixon stopped the conversion of U.S dollar into gold.

Fiat Money has remained legal tender in most countries in part because they are highly stable and controlled. Unlike other forms of money, such as cryptocurrencies and commodity-based currencies, fiat currencies are relatively stable. The stability allows regulators and governments to navigate the economy against recession and inflation.

Stability also allows fiat money to act as a means of storing value and facilitating exchange. It can also be used to provide a numerical account. Greater control also allows central banks to manage various economic variables such as liquidity, interest rates and credit supply key to ensuring a robust, stable economy.

Though Fiat Money is considered a stable currency, yet that is not always the case. Economic recessions over the years have highlighted some of the deficiencies associated with Fiat money. The fact that a central bank’s greater control at times does little to stop inflation or recession has led most people to believe that gold could be a much stable currency given its unlimited supply. The notion of central banks control over the economy and the constant increase in global prices create the need for cryptocurrencies.

What is a cryptocurrency?

A cryptocurrency is a form of digital or virtual currency that can work as a medium of exchange. Being virtual in nature, they use cryptography technology to process, secure and verify transactions.

Unlike Fiat currencies, cryptocurrencies are not controlled by any central authority such as a central bank. Instead, they are limited entries in a database such as a blockchain that no one can change or manipulate, unless certain conditions are met.

Cryptocurrencies came into being as a side product of Satoshi Nakamoto, the brainchild behind Bitcoin cryptocurrency. Nakamoto did not intend to develop a currency but a peer-to-peer electronic cash system for facilitating transactions without any central oversight.

The decentralization aspect of the network means there is no central server where transactions are hosted or controlling authority. In a decentralized network like Bitcoin, every transaction to have ever happened is displayed for everyone to see. Each transaction file also consists of senders and recipients public keys.

Cryptocurrencies are available on a click of a button, all over the world. Anyone that can make an online transfer can also acquire and own a digital coin of choice. Although the process is still complicated, in the futures, it will be easier to transact and own cryptocurrencies.

Lower transaction fees have seen cryptocurrencies emerge as a preferred means of sending money across borders. Transferring money using other bank gateways can be quite expensive given the number of fees charged along the way.

Privacy is another aspect that has made cryptocurrency desirable as users don’t have to share their identity to be able to complete transactions. There are altcoins which the main functions are to maintain the privacy of people behind transactions.

Cryptocurrencies can be quite difficult to understand – one of the reasons why some countries and regulators continue to shun them. A lack of knowledge on how to use them is another headwind that continues to clobber digital currencies prospects and sentiments.

Volatility is by far the biggest disadvantage that has clobbered cryptocurrencies sentiments. Volatility goes a long way in affecting the value of a coin, which can be difficult to comprehend or contend with.

Differences Between Fiat Money and Cryptocurrencies

While both fiat money and cryptocurrencies can be used as a means of payment, there are some differences.

Governments issue fiat currencies, which are in return regulated by the central bank. Fiat money is deemed legal tender in that it is often the official means of finalizing transactions. Governments control fiat money supply and issue policies from time to time that affects their value.

Cryptocurrencies, on the other hand, are merely digital assets that act as a medium of exchange that governments have no control over. The decentralization aspect means no central body can control or influence their value.

Some countries have banned cryptocurrencies on concerns that some of them are being used to fuel illegal activities such as terrorism and money laundering.

Cryptocurrencies exist in digital form as they are created by computers and operate as private pieces of code. The means of exchange is thus purely digital. In contrast, fiat money can exist in both digital and physical form. Electronic payment services allow people to transfer fiat money digitally. In addition, people can transact with one another and exchange money physically.

A major difference between fiat money and cryptocurrency has to do with supply. Fiat money has an unlimited supply which means central authorities have no cap to the extent in which they can produce money.

With fiat money, it is impossible to tell the amount of money in circulation at any given time, but with cryptocurrencies, it is possible.

Cryptocurrencies virtual aspect means they can only exist online thereby stored in digital wallets commonly referred to as cryptocurrency wallets. While most digital wallets claim to offer secure storage, some of them have been hacked resulting in people losing a substantial amount of holdings.

The versatility of fiat money, on the other hand, means it can be stored in various forms. For instance, there are payment providers such as PayPal that allow people to store fiat money in digital form. Banks also do act as custodian of hard currencies.

Cryptocurrencies and fiat money come with attributes that make them stand out as a means of legal tender regardless of jurisdiction. However, they also come with cons that have seen them continue to divide opinion around the world.

While there are many advantages of cryptocurrencies over fiat money, it seems that cryptocurrencies are not yet mature to replace the current standard payment method. It is a matter of time and not necessarily will be in the form of Bitcoin, Ethereum or any other cryptocurrency. The crypto market will most likely evolve to create a positive product that might change the current money system.