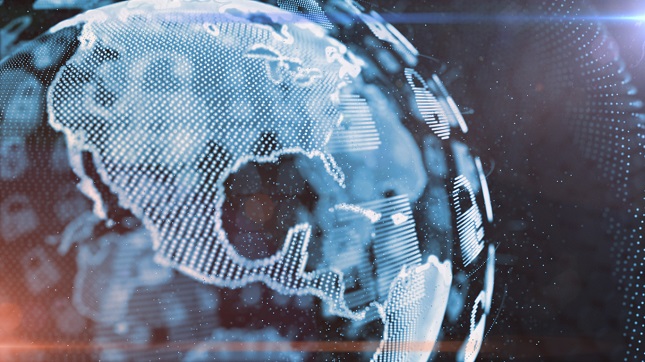 Depending on which U.S Bank CEO you listen to, the sentiment varies considerably, which continues to leave a shroud of uncertainty over the cryptoworld.

Volatility has certainly picked up of late, largely attributed to a shift in central bank focus on cryptocurrencies, with China’s decision to ban ICOs and the shutting down of cryptocurrencies, considered by some to the be the beginning of the end for the decentralized, unregulated market as it is today.

While China has raised questions over the future of cryptocurrencies in the world’s largest mining and ICO markets, there appears to have been a paradigm shift in sentiment towards cryptocurrencies, with countries having launched or exploring the possibilities of launching national cryptocurrencies. Such a move suggests that there will likely be longevity in cryptocurrencies and the only real question cryptocurrency holders need to ask is where the dominos will fall.

Interestingly, back in 2015 when Ecuador became the first country to launch an electronic currency, the government had banned Bitcoin and competing for e-money systems ahead of the shift to electronic money. Perhaps the Chinese government and the PBoC have a similar line of thinking as the government’s control on capital outflows is just another reason why the government is likely to deliver a Chinese Yuan cryptocurrency alternative to Bitcoin.

So far, the countries that launched their own Cryptocurrency

To date, countries that have issued their own cryptocurrencies include Ecuador, China, Senegal, Singapore, Tunisia, though these countries will not be standing alone for long with Estonia, Japan, Palestine, Russia and Sweden looking to launch their own national cryptocurrencies. Some of these countries are likely to take it a step further and replace paper tender altogether with China being one nation that is looking to take one step beyond a virtual and paper version.

Of the countries looking to introduce their own cryptocurrencies, the world’s largest economies could force the hands of smaller nations and we would expect momentum to build in the years ahead. Central banks now looking closely at the successes and constraints faced by those who have already stepped into the light, though only in early September, ECB President Draghi stated in a press conference that no member state of the Eurozone can introduce its own digital currency, with the currency of the Eurozone being the euro.

How countries’ launch of their own cryptocurrency can Affect Bitcoin and Ethereum?

As countries continue to explore and roll out their own cryptocurrencies, there has been some concern over the possible ramifications of the existence of national cryptocurrencies on Bitcoin and Ethereum.

As things stand, both Bitcoin and Ethereum managed to navigate through the market selloff last month, following China’s moves against Bitcoin and ICOs, with the existence of national cryptocurrencies having yet to influence market appetite for the decentralized cryptocurrencies. Bitcoin surprised again as prices broke the $5000 psychological level and hit a new all-time high above $5800.

The issue that the market and decentralized cryptocurrencies such as Bitcoin will be the likely face the decision by central banks to ban existing cryptocurrency exchanges, same as China has done, forcing Bitcoin holders to move out of Bitcoin into national virtual currencies.

A move to a centralized cryptocurrency will unlikely be well received by the crypto community, though few will argue against the need for some regulatory oversight and it would perhaps be more appropriate to come from a regulatory body that is independent of governments and Central Banks as paper tender remains in circulation.

For now Bitcoin and Ethereum are likely to be safe and with a number of countries having already recognized Bitcoin as legal tender, including Japan, it’s going to take some time for the reversal process to play out and for citizens of the more forward-thinking nations to pass up Bitcoin’s attractiveness in the interest of a national cryptocurrency.

After all, Bitcoin is not just a virtual currency, but also an investment that has lined many a pocket with gold. National cryptocurrencies are unlikely to give buyers a similar opportunity as the centralized nature behaves quite similar to a  paper tender, where the value is likely to be controlled by the respective central banks.

Not only countries: What is Numeraire Cryptocurrency?

With cryptocurrencies having gripped the markets and with equity markets close to or at record highs, the savvy fund managers have been in search of a new alternative, with many looking for similar returns to those enjoyed by the early holders of Bitcoin.

In 2016, Numerai launched as a ‘new kind of hedge fund built by a network of data scientists.’ Traditionally, funds make trades based on human decisions and a mass of research, while Numerai allows anonymous programmers to write open source trading algorithms based on data provided by Numerai.

The programmers /data scientists are then paid Bitcoins depending on how well their respective algorithms fare in the market.

In a bid to take yet another leap forward, Numerai launched its own cryptocurrency called Numeraire. Numerai initially distributed one million Numeraire tokens to 12,000 data scientists, who are then able to bet their tokens on how well their respective algorithms will perform. The distribution of the tokens was based on the past performance of the data scientists’ algorithms.

The launch of Numerai and the eventual creation of Numerai tokens is certainly one that hasn’t been seen before, with data scientists not only incentivized to do deliver strong algorithms but also to bring in new programmers to improve the performance of the Fund. The better Numerai’s performance, the more value assigned to Numeraire and the more profit to share amongst the programmers still in possession of Numeraire tokens.

It’s said to be the first hedge fund to harness network effects and the theory being that value is gained through strengthening effects, but the jury is out on what lies ahead for Numerai and the data scientists holding the Numeraire tokens. The hedge fund looking to break down the competitive nature in finance by incentivizing collaboration for gain.

If one has something, the other will try to achieve the same

Keeping up with the Jones’ is a phrase synonymous with suburbia and we will expect governments and central banks to get on the cryptocurrency bandwagon in the interest of keeping up with the latest phenomenon, which is not that new when considering the fact that Bitcoin was launched back in 2009.

The very fact that many countries have already acknowledged Bitcoin as a legal tender suggests that phase 2 is on the horizon for many, which will likely involve the reversing of their recognition of Bitcoin in the interest of successfully issuing their own cryptocurrencies.

J-Coin ICO certainly looks to be on the cards, with a consortium of Japanese banks getting ready to launch a national digital currency to pull citizens away from paper money as J-Coin ICO is expected to take place ahead of the 2020 Tokyo Olympics. For now, the Bank of Japan and financial regulators are backing the project.

A cashless world is just around the corner and cryptocurrencies are the perfect replacement, with HSBC, Barclays, UBS and Santander currently developing a Universal Settlement Coin in a bid to make trade more efficient. How central banks respond to a Universal Settlement Coin remains to be seen, but for those interested in retaining the decentralized nature of cryptocurrencies, national digital currencies certainly go against the grain and we could reach Cryptoworld’s utopia of a single global, decentralized, digital currency.

A world without the FED and the Dollar or the ECB and the EUR? Some may say ‘better the devil you know.’