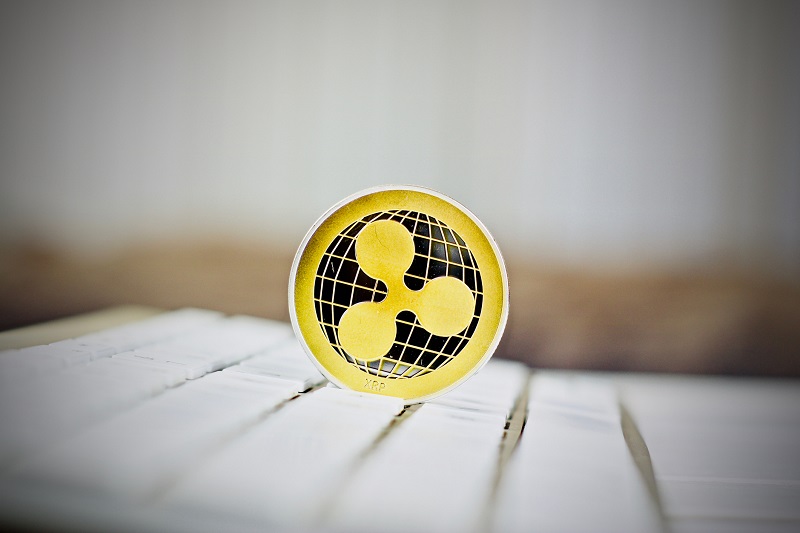 Contrary to perception, Ripple and XRP are two different and totally independent entities. However, most people, for the longest time have used ‘Ripple’ to refer to the underlying cryptocurrency XRP. While it has been okay, things could soon change as the Securities and Exchange Commission pushes for a clear distinction between the two.

A separation between XRP and Ripple is set to come into effect, a move that will allow both retail and institutional investors to have a clear idea of what the two are and what they stand for.

Ripple is a San Francisco startup company, and the majority holder of cryptocurrency XRP. The company develops software that banks use to facilitate fast, global financial transactions powered by the network’s underlying cryptocurrency XRP. Its platform is one of the most successive, having been used by large financial institutions to enable cross-border payments.

Founded in 2012, the American technology company was originally named OpenCoin before being renamed Ripple Labs in 2015. The company’s main objective is to provide a frictionless experience for sending money using the power of the blockchain.

Ripple has offices in San Francisco, New York, London, Sydney, India, Singapore, and Luxemburg. The company’s value comes from being the creator and majority holder of digital currency XRP. Ripple owns about 60 billion of the 100 billion XRP tokens that will ever be in circulation.

The company placed about 55 billion of the XRP coins it owns in a secured escrow account from which it can only release 1 billion every month. Ripple has never come close to releasing 1 billion tokens to the market as part of an effort that seeks to prevent over flooding of the market that would significantly affect the value of the altcoin

Ripple core product away from its XRP holdings is xCurrent, a network used by banks as a messaging solution for settling cross-border payments in real time.  The company also owns xRapid, a solution that allows financial institutions to convert fiat currencies to XRP quickly and cheaply.

XRP is an independent digital currency that is used to facilitate transactions on the Ripple Network. The technology behind the cryptocurrency is called XRP Ledger and acts as the blockchain in which the XRP token reside. The ledger is community-based which means only users can decide whether it succeeds or fails.

The virtual currency acts like a bridge between different fiat currencies as well as a source of liquidity. The first version of the cryptocurrency dates back to 2004 as work of web developer Ryan Fugger. However, the protocol in its current form began in 2012, immediately after OpenCoin now Ripple Labs came into being.

Developed as a currency for powering the Ripple Network, XRP allows people to send money digitally. The cryptocurrency came into being as an upgrade of Bitcoin with the aim of solving issues of high transaction costs and slow transaction speeds associated with the popular digital coin. XRP can process transactions in as little as 4 seconds compared to Bitcoin which can take minutes. It can also handle up to 1,500 transactions per second.

Ripple Labs helped develop XRP, resulting in the creation of 100 billion XRP tokens that are used to run and power the Ripple Network concept. While the people behind XRP and Ripple are the same, the two operate independently. The fact that the network is open source and XRP can be bought, ensures the independence of the two form each other.

Ripple Labs owns 60 billion XRP coins of the 100 Billion produced at inception. The remaining coins are traded freely in the market. Despite being the majority holder, Ripple only utilizes the XRP tokens in one of its product, xRapid. The product was developed with the aim of providing a form of liquidity to XRP tokens while acting as a bridge currency for cross-border payments

The success of Ripple, the company, is not in any way tied to the value of XRP the currencies.

Differences between Ripple and XRP

Ripple control of a good chunk of XRP, while not a bad thing, has been the subject of increased scrutiny and criticism in the recent past. The fact that most people are attracted to cryptocurrencies because of the promise of decentralization has not gone well with some. With Ripple Labs controlling a good chunk of XRP coins, there is fear that the firm wields too much power making it a central authority in a project that is supposed to be decentralized in all aspects.

Ripple, the company, has in the recent past gone on a rebranding drive, trying to emphasize its relationship with the digital asset XRP. The clarification comes at a time of mounting regulatory pressure as regulators call for more clarity on how the two are related.

The unveiling of a new logo for XRP token marks the first step in Ripple moving to distinguish itself from the token. The new logo emphasizes the need for XRP operating independently.  However, the two will still maintain close ties.

Separation is a good thing in that it will lead to a clear distinction between the two entities, something that regulators have been calling for. Ripple is currently entangled in three legal cases all of which have been thrown into disarray on regulators and authorities struggling to understand how the two are different and independent from each other.

Ripple and its products led by xCurrent and xRapid won’t be affected in any way by the separation. xCurrent does not use XRP. xRapid on the other hand only uses the cryptocurrency as an exchange mechanism and not for storage of value.

Separating XRP from Ripple should also help alleviate the centralization concerns that many people have come to question. Ripple has already made it clear that even if it holds a majority of XRP coins, it does not mean that it controls it or have an impact on its market cap. Talk of separation should thus help alleviate the concerns allowing market participants to treat XRP just like any other decentralized cryptocurrency.

While there have been concerns that separation could see Ripple dumping a lot of the XRP coins, it currently owns in the market, that won’t be the case. The people at Ripple Labs are smart enough to understand that the success of XRP as a cryptocurrency would be to their benefit thus won’t do anything that would hurt its market value.

There are a number of institutional investors who have been’ skeptical about investments in XRP, on concerns of its association with Ripple Labs. Separation should clear the wave of uncertainty, especially on the three legal cases in court, allowing investors to be in a position to value the token for investment purposes.

XRP has seen its value disintegrate in the recent past on its sentiments in the market taking a hit as a result of regulators alleging that it was issued as an unlicensed security Offering. Breakaway from Ripple could see the matter put to rest on regulators having a clear understanding of what the altcoin is all about.  The coin price should thus receive a boost on the regulatory pressures easing off.

Ripple is one of the most successful payments and exchange platform that will have a big impact on financial transactions in the future. XRP on the other hand, the underlying digital currency powering the network, should see its value continue to tick higher as more financial institutions use the Ripple network to facilitate cross-border transactions.