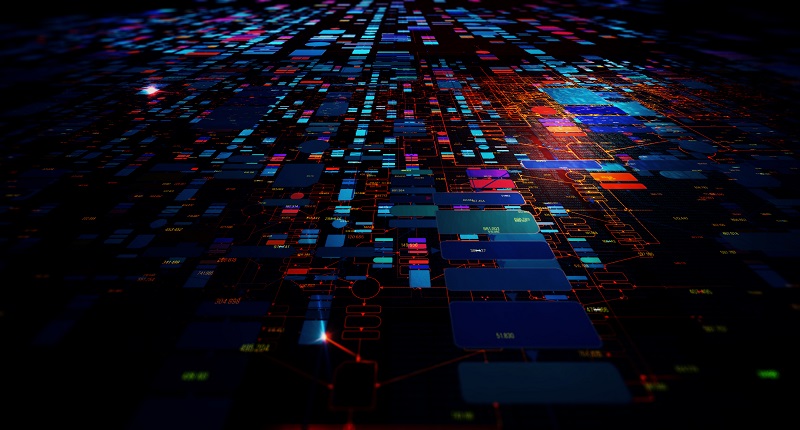 Initial Coin Offerings have for the longest time emerged as a preferred means of raising funds in the blockchain and cryptocurrency space. In most cases, they involve projects selling tokens to investors in a bid to raise funds to support the development of new projects and innovations.

In the recent past, the legality of ICOs has been brought to question after the majority of projects that raised funds have gone under, and in the process closed shop with people’s money. With billions of dollars, having evaporated in thin air, the need for another crowdfunding alternative has never been stronger.

Initial Loan Procurement (ILP) is slowly emerging as an alternative crowdfunding means of raising funds, given that it promises to bypass some of the issues that have clobbered ICOs credibility.

What is an Initial Loan Procurement(ILP)?

Initial Loan Procurement is a crowdfunding method that allows borrowers and creditors to enter into loan agreements through legally binding smart contracts. The fact that the contracts are based on blockchain technology means they cannot be altered, thus providing a level of security something that was lacking with ICOs.

ILPs work by simply providing a way for creditors to lend money to a company or project, after entering into an agreement. Terms of such agreements are stipulated’ and embedded in a smart contract, stored on a blockchain for reference. This method provides an alternative way for companies to raise funds while leveraging blockchain technology without having to develop tokens that may be of little or no use.

One of the key benefits of ILPs is that they don’t require emerging businesses in need of funds to develop tokens. Instead, they only have to enter into legally binding agreements that are implanted in smart contracts. Given that ILPs are a form of loans, also means such kinds of funds are not subject to tax as is the case with ICO funding in some jurisdictions.

Blockhive is an Estonian based company with Japanese roots. The company is the pioneer of Initial Loan Procurements that seek to change the way blockchain and other projects are funded. Founded in 2017, the company seeks to create an ecosystem whereby parties will work together and get rid of blockers in a bid to facilitate innovation.

The company partners with other projects looking to design and implement blockchain strategies. Instead of charging a fee for its services, the company enters into partnerships and generates revenues by sharing profits. The model ensures that all parties work together for the success of a project given what is at stake.

Blockhive shot to prominence on the introduction of Initial Loan Procurements, seen as the next big thing when it comes to crowdfunding in the blockchain space. The company has partnered with smart contract developer Agrello to ensure ILP becomes the desired means of raising funds in the industry. The unique funding method can be harnessed by both startups as well as established businesses and nonprofit organizations.

In addition, the two have unveiled FLAT tokens that are to be issued on Ethereum Blockchain while utilizing smart contracts for handling know your customer and AML checks.

Just like ICOs, ILPs structure is as effective as it can get and open to individuals all over the world. The fact that the contracts are signed using blockchain technology means they are legally binding, which acts as a layer of security that creditors can rely on.

Initial Loan Procurements come with legal parameters that govern the mainstream credit market. Investors who decide to invest their money using this method can rest assured that their funds are well protected thus cannot dissipate in thin air as has been the case with many Initial Coin Offerings Projects.

ILPs are also regulatory friendly, in that they can be compliant even with the most stringent regulatory frameworks around the world when it comes to fraud and money laundering. Participants are required to submit identification to show who they are thereby solving one of the biggest issues that have seen regulators castigate ICOs.

Blockhive has the responsibility to carry the first Initial Loan Procurement as it moves to showcase how the new crowdfunding method will work and the kind of impact it will have compared to ICOs.

In the case of Blockhive’s ILP, potential creditors will first have to first register their identification by entering an Ether address among other information. Once all the information is verified, the creditors will have to digitally sign a loan agreement and send Ethers to the projects account address from a pre-registered account.

Once the Ethers are received, and a smart contract signed, the creditors will be entitled to annual interest payment of up to 20%. Blockhive is to issue Future Loan Access Tokens, a type of utility token that is to give creditors a right to transfer loans to others, once the smart contracts are issued.

Individuals who receive FLAT tokens can become creditors and use the tokens to sign a loan agreement with other borrowers in need of funding, thereby expanding their funding network.

Tokennote is to serve as the platform for Initial Loan Procurements once the Blockhive ILP is complete.

The Need for Initial Loan Procurements

The Blockhive team believes it is time for ILPs to take over as an effective means of addressing some of the shortcomings that have belittled ICOs. For starters, countries like China have banned ICOs completely, making it impossible for companies pursuing blockchain innovation to raise funds to support their projects.

Initial Coin Offerings requires businesses to develop tokens some of which don’t have a real function in real life. ILPs, on the other hand, should provide projects an easy way of raising funds without having to go the route of developing tokens to be issued to investors.

ILP as an Alternative to ICO

In an era where regulators are discussing the validity of Initial Coin Offerings, Initial Loan procurements are slowly emerging as an alternative to avoiding stringent regulations. The fact that the crowdfunding method boasts of Know Your Customer and AML standards should see it gain favor with regulators who for the longest time have remained skeptical about ICOs credibility.

The smart contracts embedded on ILPs should be an attractive feature to strategic investors who have been eyeing opportunities in the blockchain space but did not know how to go about the same. The added security layer should enable investors to finance projects they believe in, unlike in ICO where investments are mostly based on speculation.

Initial Loan Procurement is seen as a reliable alternative for raising funds in the blockchain space in part because the issuance of tokens, as is the case with ICOs, is not sustainable. Instances of overcrowding and substandard tokens have come into being in the recent past further denting ICOs credibility.

There is usually zero protection for investors when it comes to investing in ICOs. Startups that issue tokens often don’t provide anything in return that investors can claim to be it a company’s assets or equity. However, with ILPs, smart contracts are legally binding which offers leeway for arbitration in case of anything.

Unlike ICOs, ILP should appeal to the masses, who view cryptocurrencies as volatile investments. ILPs value is tied to the performance of the company rather than a token on offer as is the case with ICOs. What this means is that creditors will always enjoy a form of return in the way of annual interest.

Prospects of earning an annual interest of up to 20% is another aspect that should continue to ramp up ILPs credibility compared to ICOs. Being legally binding, creditors will not have to worry about their money as is often the case with ICOs.

The fact that Know Your Customer Checks are conducted on all borrowers, should make ILPs a secure debt-based alternative method for raising funds in the cryptocurrency space. Investors will now be able to invest in a company rather than overhyped tokens.

Regulators around the world are increasingly looking for ways to generate some income from the burgeoning cryptocurrency and ICO business. Some countries have already classified ICO funding as capital gains thereby subjecting them to taxation.

The fact that ILPs are actual debts and not capital gains mean proceeds are unlikely to be subjected to taxation as is the case with ICOs.

A major difference between ICOs and ILPs has to with the creation of tokens. Projects raising funds through ICO’s issue tokens to creditors that they claim will be valuable in the long run. As it has come to be, that is not always the case as most projects have collapsed leaving investors with nothing to cling on to.

With ILPs, investments are tied to the performance of a company, which removes the need of projects developing tokens to issue to creditors. ILPs work as loans allowing people to transfer contracts instead of tokens.

ILPs being a form of the loan means they will be open to people around the world. The same cannot be said about Initial Coin Offerings. China is one of the countries that has banned ICOs, thereby making it extremely difficult for people to participate in projects with huge prospects of success.

Initial Coin Offerings are mostly based on speculation. What investors stand to walk away with in the long run is dependent on issued tokens becoming valuable. That cannot be said about ILPs. With ILPs, once a smart contract is issued an investor is entitled to returns in the form of interest on capital invested.

ILPs investments are contractually tied to the performance of a company and not speculation as is the case with ICOs.

Initial Coin Offerings have for the longest time been the domain of projects looking to come up with new cryptocurrencies or developing blockchain innovations. ILP, on the other hand, acts as a reliable way of raising funds not only for blockchain based startups but other businesses and government entities in need of funding for new projects.

Initial Loan Procurements promises to be a reliable and effective means of raising funds in the future, in part because of the smart contract feature tied to such agreements.  Smart contracts provide some form of assurance that a project is legit as opposed to ICOs where investors cling on to the hope that tokens issued will be valuable in the long run.

Given the uncertainty that faces ICOs in many jurisdictions, Initial Loan procurement should enhance the growth of decentralized crowdfunding with greater protection for creditors. The Know Your Customer requirements should allow the funding method to gain favor with regulators at a time of increased scrutiny.