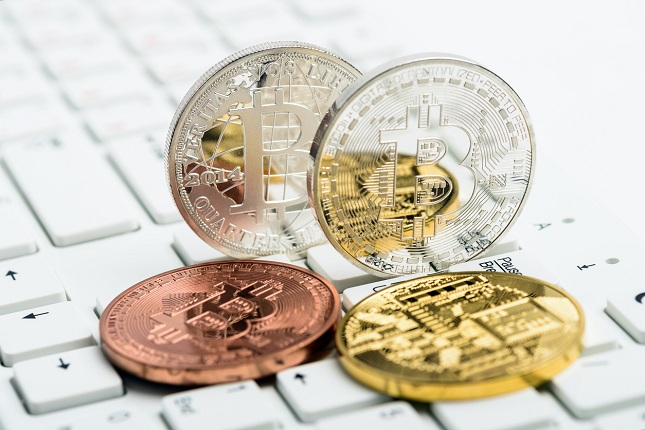 The entire ethos of Bitcoin is for decentralization. The removal of a centralized control over Bitcoin’s future has been what many within the Bitcoin community have called for. Bitcoin may have removed control away from governments and central banks, but as Bitcoin evolved, the capabilities of miners have also advanced and with it has a new battle has born, control over the mining of Bitcoin.

Things have become more complicated since the cancellation of the SegWit2X hard fork that was scheduled for this month. The Bitcoin world has been left with the choice of three as a result of the fork cancellation. The original Bitcoin and Bitcoin’s offshoots, Bitcoin Cash and Bitcoin Gold that have come about from the much talked about hard forks.

Bitcoin Gold supports the desire to prize away from the hashpower monopoly held by the Bitcoin mining cartel. Following Bitcoin gold’s collapse in recent days, however, it’s clear that the cryptoworld and Bitcoin’s world, in particular, has decided which are to face off against each other. It’s now down to Bitcoin Cash to fight off Bitcoin’s superiority over the cryptoworld.

The Bitcoin civil war has now truly started and the choppiness in the pair’s prices is a clear indication of how the Bitcoin world has been repositioning in recent days.

We saw Bitcoin Cash surge to a record high over the weekend, touching a high $2,799 before the great retreat. On the day, Bitcoin Cash not only moved above Ethereum into second place by the market cap, but Bitcoin Cash also saw more hashpower than Bitcoin.

It’s quite a monumental shift considering the fact that Bitcoin’s hashpower was estimated at more than 5 times that of Bitcoin Cash before news hit of the cancellation of SegWit2X.

So, what’s the difference between Bitcoin and Bitcoin Cash and why is there so much focus on Bitcoin’s first offshoot?

To fully understand, it’s important to recognize the rationale for the Bitcoin Cash fork back in August of this year.

It has ultimately been down to capacity issues, with Bitcoin transaction times having slowed for as long as 10 minutes. How to address capacity has been a battle between the miners and the core developers. The miners looking for both an increase in blockchain capacity as well as transaction timesץ For the core developers, the desire is to make the necessary improvements to Bitcoin, whilst looking to remove the concentration of the hashpower that sits with a handful of miners.

The shift in hashpower and miner preference for Bitcoin Cash came as a result of the price spikes seen in Bitcoin’s offshoot. Ultimately, those favoring Bitcoin cash are in favor of a payment-efficient Bitcoin version over the master cryptocurrency Bitcoin, but not the miners.

The Sunday spike was as a result of particularly high trading volumes on one of South Korea’s largest exchanges, Bithumb.

Since the Sunday anomaly, Bitcoin’s hashrate superiority has returned and as at the time of writing, Bitcoin’s price has managed to recover to $7435 at the expense of Bitcoin Cash, which has fallen further back to $1,050 from Sunday’s $2,799.

Bitcoin’s superior hashrate and price recovery suggest that the market has decided to stick with the original Bitcoin and shift away from the hard forked alternative.

If we look at the events over the weekend, there was a material shift in hashrates for Bitcoin Cash that resulted from a price spike. As a result of the price spike, Bitcoin’s price suffered and mining became less profitable, leading to smaller miners either turning off their mining operations or mining Bitcoin Cash.

The chart below shows the hashrates for the pair over the last 3-months, and it’s worth noting that the November 12th shift was the 2nd occasion that Bitcoin Cash saw higher hashrates since its existence.

Assuming Bitcoin Cash does not experience a similar fate as Bitcoin Gold, we can expect miners to shift between the two. Bitcoin is unlikely to go anywhere anytime soon, with Bitcoin likely to find plenty of support on the dips. Price recoveries would then see miners return to Bitcoin, assuming the Bitcoin Cash had reaped the benefits of Bitcoin’s demise.

Bitcoin Cash may have the larger block size that allows faster transaction times, but it will always boil down to profitability. It’s a money game after all and with miners having invested significant capital into mining centers, they’re unlikely to be particularly interested in their true beliefs on decentralization and how Bitcoin should evolve. The ability to anticipate price moves between the two will be key to miner profitability and the more successful miners will likely be more focused on what to mine and when rather than why.