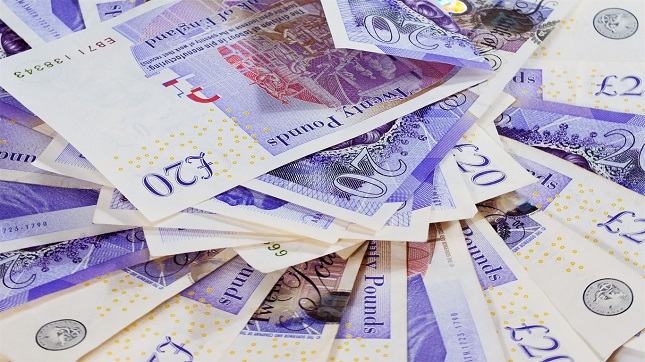 The GBP/USD pair started near 1.2721 levels and waved upwards. The pair seemed to continue the recovery mode, which began on May 23. At around 03:00 GMT, the Fiber was hovering near 1.2737 levels.

Brexit Party Taking up UK Seats in the EU Parliament

The Prime Minister of UK had announced her resignation which will take place on June 7. Recently, May said that she would act as lame-duck  PM until a new candidate for PM post is appointed.

Last night, the results of the recent European Parliamentary Elections came out. The UK’s Brexit Party was leading with almost 40% of significant share than other parties. Among the other parties, the Liberal Democrats, the Greens, and the Change UK came second highest. Notably, this time the Brexit Party received ten percentage points more than the UK Independence Party did in 2014.

Nigel Farage, the Brexit Party Leader, had won the MEP seats for the South East of England. His victory had set up an example for the Conservative & Labour Parties to lose grounds in the next UK General Election. Farage stands firm over UK leaving the EU before October 31 and talked about the weak Government stance on Brexit. In a recent interview, Nigel said: “that failure to implement Brexit would show Britain not to be a democracy”.

The Market might experience rigorous volatility as odds for significant Political Changes are shooting up. The dominant ones include the appointment of a new leader for the UK and his approach over resolving the Brexit deadlock. Meanwhile, the Labour’s Corbyn might continue to send approvals for a Second Referendum on the Brexit-deal with May’s departure.

The investors stay anticipated on the EU Parliamentary election results. The Greenback computed against the major six currencies slipped 0.07% in the Asian session. The US-China Tech Cold War took another diversion after the US consider to black-list Hikvision, Chinese Giant Surveillance OEM. This latest stance of Donald Trump has deepened the existing Trade tensions. In a nutshell, the GBP/USD pair benefited more from Brexit party victory and a minor slump in the USD Index in the early hours.

The economic calendar had remained silent on the GBP-specific events Today. As the London market remains closed for Spring Bank Holiday, the currency pair stood open to any Brexit Fundamentals. As the US is celebrating Memorial Day, there are no USD-specific events today. But investor might look for tomorrow’s Inflation report hearing for the UK, as it is the only big volatile event for Tuesday.

The overall sentiment remained quite flat during the early hours on Monday. The 200-days Significant SMA had crowned the moving pair halting near 1.2750 levels in the upper Bollinger Band. However, at the same time, the 100-days SMA was taking rounds near the lower boundary of the Bollinger Bands. Quite surprisingly the 50-days SMA was intersecting the medium term 100-days SMA, alluding some near term bull run. RSI had significantly dropped to 53 levels from 68 levels today morning, showing a lack of investor interest.