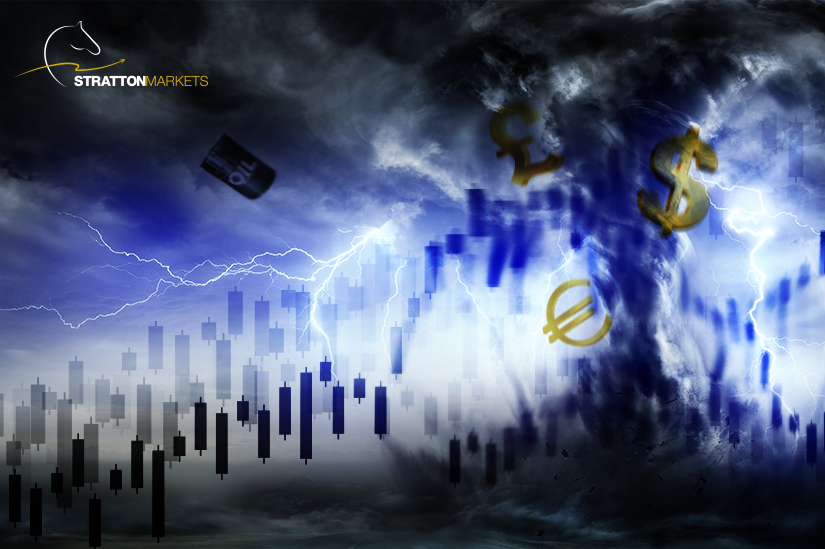 Hurricanes, Monsoons, Wildfires, Landslides, Draughts and Floods hit hard. And not just in human lives, but also the financial markets.

From the obvious agricultural commodities to metals, energies, all the way to airline companies, we’ll see some of the most impressing weather conditions moving the markets one way or another.

Blizzards, low temperatures and overall bad weather conditions marked the beginning of this year. For Natural Gas it meant an immediate spike of about $0.50, with the sudden increase in demand and productions delays.

However, low temperatures are not the only aspect to impact Natural Gas prices. Hotter than expected weather, in the summer of 2016, led to a spike in prices, given the AC use of Natural Gas. In the summer of 2005, a series of Hurricanes along the US Gulf Coast caused a shutdown in Natural Gas production, supporting an uptrend of about $8.

The weather is no different than the financial markets

Severe Blizzards don’t just mean good news for the financial markets, as in the winter of 2017 various airline companies had plenty to lose because of cancelled flights during those seasonal storms. Amongst them Swiss, British Airways, Aer Lingus, Brussels Airlines and even the German Lufthansa.

The same event caused an unexpected decrease in the December 2017 NFP result, with people being unable to go for job interviews.

La Niña, on the other hand, is considered far worse for the entire coffee tree. It makes the soil highly damp and makes disease worse and more frequent. These two events affecting Columbia are considered nocive also for the tea and sugar production.

Not all is good under the sun

It’s not only bad weather that can influence the financial markets, but also the aftermath of severe weather conditions. Because of the extreme heat during the summer of 2017, 2013 or even 2009 the African Armyworm spread – for which a pesticide doesn’t exist – causing a lot of damage in the Corn production, thus pushing prices up.

Another hot weather repercussion occurred in May 2016 with the Fort McMurray wildfire, leading to a 2% increase in Oil prices due to production delays. Other times, Hurricanes – like Katrina – made it impossible for sea transportation, leading to a shortage of Oil.

However, weather events don’t always have an impact on the financial markets. For example, a typhoon followed by a large landslide in September 2018, in the Philippines, ended the activity in the Gold mining town of Itogon. Although many lost their lives, Gold price was barely touched.

To expect the unexpected

Weather not-impacting production or demand can still impact the markets. At the beginning of October, the news that Hurricane Michael won’t affect the Oil-producing areas pushed prices to near 2-weeks lows. All because energy economist – James Williams called it a “non-event for Oil production”.

In some cultures, bad weather is desired – in India, people pray for monsoons since farmers buy Gold with the money from their rich harvests, during rainy seasons.

Aside from all the above, there are proven psychological effects debated in many books about bad weather influencing investors to sell, as opposed to sunny days that might push them to buy. Nobel economist Richard Thaler describes these as Sifs – supposedly irrelevant factors.

If you know of other similar events or are ready to trade with some or all of the assets we’ve mentioned in this article under fair trading conditions, check Stratton Markets.