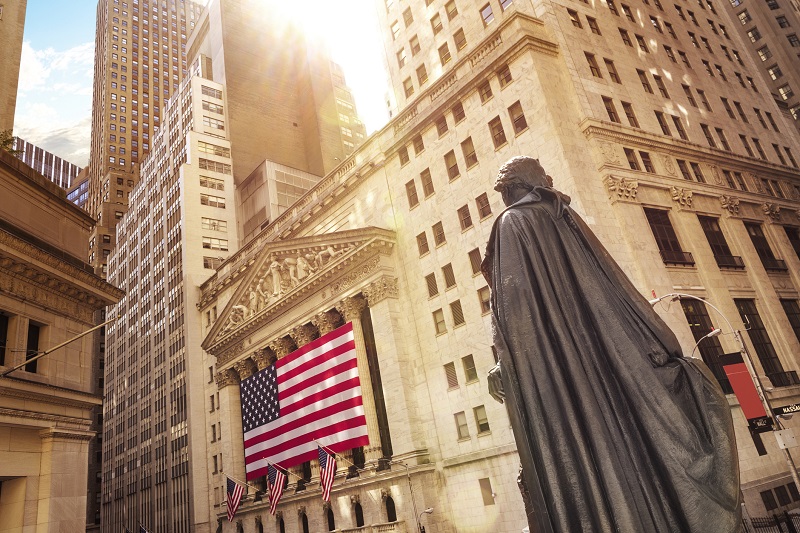 US equities were stronger Monday, S&P500 up 0.5% heading towards the close. Fixed income was less upbeat, US ten-year treasury yields fell 3bps to 1.55%, and the 2s5s curve has inverted again. With no new US data to guide sentiment, the market was left balancing last week’s good -weather friend that boosted US jobs in January and capped-off a surprisingly good month of US data. Against the plethora of economic as well as virus transmission unknowns around the nCoV.

On the latter, the number of cases on a cruise ship docked in Japan has doubled, while the number of globally confirmed cases has increased above 40,000. The WHO Director-General noted some “concerning instances” of the virus spreading “from people with no travel history to China.” Equities outside of the US were mixed. Oil fell 1.5%.

For now, US growth trackers are holding up well.

However, questions around the timing and to the extent the China nCoV slowdown is unknown, and it will likely remain so for a while. And while how the economic knock-on contagion effect from nCoV hits, the US might be significant. Thus far, it has not been much of a factor for the US data.

Since there is relatively little known about nCoV and its effect on the global economy, it’s difficult to speculate about

. And while the implications are going to be hugely detrimental for the Chinese economy. But how negative remains the million-dollar question. It is most likely to be short-lived and transitory. Still, there is always a chance it could have a more prolonged, demand damaging effect.

One of the enormous dilemmas for investors is whether the impact of the coronavirus will be enough to derail the global economy and usher in another round of Fed + easing. Until concerns around the virus surfaced, global growth was improving, and Asia was showing ongoing signs of acceleration. If the fears subside, the debate will quickly turn to how fast the recovery will come.

But in the meantime, investors are left with the unenviable task of weeding through increased yet conflicting web traffic around nCoV with the headline generators working overtime. Indeed, a camel is a horse designed by committee.

US exceptionalism is coming to the fore, and it’s not hard to see why. The US economy, especially the new 2020 data, was – quite simply – outstanding. From the job report to the manufacturing data, it is difficult to point to something and say it was a harbinger of negativity. But more telling for US stock markets is that of the 317 companies in the S&P 500 have reported so far, 76% of them beat estimates. By this measure, we are witnessing the second most positively active Q4 season since 2010. Indeed, US exceptionalism is in part driving capital and supporting the US dollar as the DXY is back touching August -September level.

At the moment, the data is pointing to the US entering the nCoV slowdown with quite a bit of strength, which is a huge plus. And while nCoV is undoubtedly a negative for the overall growth in the economy. Still, markets seem to think it is not going to be the “worst-case” with little demand destruction outside of commodity markets. Sure, it could be wishful thinking, but that is what markets appear to believe. A shock to growth, not smashing it to smithereens.

The markets have gone well beyond weakened risk sentiment as its clear as a bell, that demand is not sufficiently responsive enough to lower prices. And now oil-price weakness in an oversupplied market has the December Red’s bellwether Brent spreads bearishly moving into contango.

OPEC ministers seem to have abandoned the push for an emergency meeting to finalize a supply response to the coronavirus likely stymied by Russia, indicating it needed more time to assess the situation – after the technical panel had recommended a further quota cut of 600kbd.

Adding to oversupply concerns is the UN-led talks aimed at ending the ongoing Libyan conflict. And Libyan production could ramp up quickly, which has fallen from close to 1.2mb/d to a 9-year low of 180kb/d. as a result of port blockades during a period of escalating tensions between rival Libyan factions. The possible return of Libyan production during this exceptionally supply sensitive period could be the proverbial straw that broke the camels back for the lack of a better analogy.

And while OPEC and friends dither, a bearish awareness continued to unfold concerning the absolute demand damage that the shut-down of the swathes of the Chinese economy is going to do to oil demand is now seeing prices sinking again after the initial fall and then rebound.

Gold initially moved higher despite a strong USD, and prices were further bolstered on the back of political developments in Europe Gold rallied on modest-quality asset buying as a ‘risk-off’ mood persisted in European and Asian markets. But gold prices veered lower in US markets as S&P 500 rallied to record highs supported by strong corporate earnings while US growth trackers are holding up well.

The announcement that Annegret KrampKarrenbauer, leader of the ruling center-right Christian Democratic Union, intends to resign, opening up the race to succeed Angela Merkel as Chancellor of Germany, triggered gold demand across Germany yesterday.

But bond yields continue to edge lower and are reflecting investors fear about the rapid spread of the virus. Ultimately long Bond and Gold positions are similar to “stimulus trades/hedges. “The PBoC has already turned on the policy taps while there’s the assumption that if the economic contagion effects from the virus hit the US economy, Powell will have the markets back.

The nCoV adds to a growing list of economic growth concerns that could see the Fed shift into dovish gears later in 2020. Gold traders always take their cues from US bond markets, so with another dip in US yields, it’s perceived supportive for gold. But ultimately, for gold, its how the Fed policy unfolds in 2020.

US exceptionalism is in part driving capital and supporting the US dollar as the DXY is back touching August -September level. Just as was the case throughout 2019, when the US dollar weakens currency traders look at themselves and ask why they are selling the dollar when US equities continue to make record highs.

The RMB markets have been remarkably orderly thanks to the PBoC, who continue to lay stimulus on thick and heavy. And despite the 6 billion + in equity outflows, the Yuan remains supported by policy guidance.

The market remains extremely concerned about an escalation of cases outside of China, which could continue to hold back risk until there’s a definitive sign the coronavirus transmission has slowed. And uncertainty about renewed/secondary outbreaks becomes obsolete.

China starts to return to work after the extended Lunar New Year holiday. How quickly production resumes signals how much global supply chains are likely to be damaged, and this will be a key metric.

But there appears to be considerable reluctance from foreigners o buy into the Ringgit and KLCI stocks at this stage. So, until it becomes clear what the economic fallout from disruption to supply chains and Chinese demand. sentiment could remain on the offs

Most of the market focus has fallen on the Singapore dollar and why the MAS verbally intervened on the band as opposed to lowering rates. MAS likely believe the virus effects will be transitory, preferring to keep policy powder dry in case there is significant deterioration to the economy beyond tourism.

Concerns about the coronavirus outbreak kept vols elevated as there is plenty of fear around Australia’s export outlook of late. And as far as that goes, nothing comes close to iron ore. It’s easily Australia’s biggest export, accounting for 4% of GDP. And 80% of it goes to China. So, until the full extent of China’s economic damage is known, the virus that’s the most significant present and future risk to Australian trade and the AUD.

And while traders don’t want to get caught on the other end of PBoC infrastructure deluge, for now, the path of least resistance based on current trade metrics looks south for the Aussie.

Besides US exceptionalism, the Euro is trading weaker on German political uncertainty after Annegret KrampKarrenbauer, leader of the ruling center-right Christian Democratic Union, intends to resign, opening up the race to succeed Angela Merkel as Chancellor of Germany.