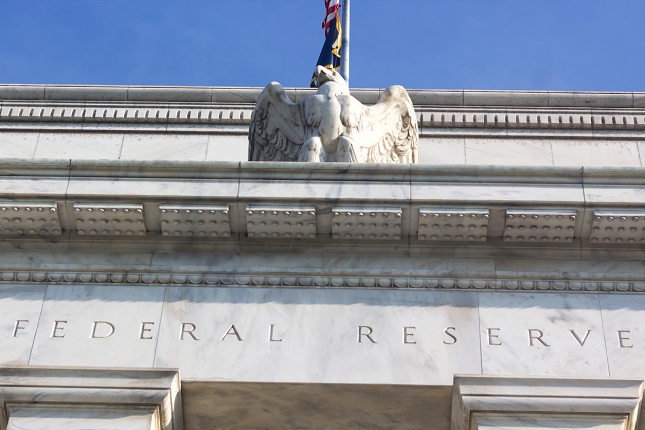 It has also resulted in S&P 500 futures opening 0.5% lower this morning, with the ASX 200 unwinding -0.5%, building on ever-growing calls that a recession, perhaps more specifically in Europe and the US, is fast becoming the base case if Trump continues with his current trade policies. The message portrayed in the developed bond markets is absolutely telling and that many have suggested portrays a view that we are headed for far tougher economic times that will require a punchier response from central banks – it seems this near-term tightening of financial conditions could well be the catalyst now.

Fair play to rates and bond traders, as when equities were trending higher through May, rate cuts were never really priced out, and the dovish message never wavered.

The moves on Friday were huge though, with UST 2s and 5s falling 14bp and 11bp respectively. The longer end of the curve underperformed, with the 2s10s curve gaining 5bp to 20bp, and this is a function of what we have seen front and centre in US rates pricing, where we see 46bp of cuts priced in between June and December, with a further 13bp (of cuts) priced in on Friday alone. Interestingly, we can now see more aggressive easing (from the Fed) priced for this year, than 2020 (40bp), which is new and reeks of a market that understands the need to front-load cuts.

The fact that we now see JP Morgan, Barclays and Credit Suisse all calling for easing as their base case and we are seeing economists call for easing is a theme I had suggested to look out for last week and is now playing out. Now we can caveat this by saying the degree of cuts is largely conditional on the US trade administration actually rolling out 25% tariffs on the $300b of Chinese exports, and implementing the starting rate tariffs of 5% on Mexican imports on 10 June, and potentially towards 25% after incremental rises.

A war on two fronts

Now, some have argued these measures against Mexico are a tool to get the Democrats to push through USMCA (United States–Mexico–Canada Agreement), but this agreement is looking more and more like a non-starter now. The bigger issue for markets is that firstly Trump is sending a message that perhaps he is prepared to tolerate a lower stock market .

Secondly, China and Mexico have accounted for some 30% of total US imports, and should we see all Mexican and Chinese imports taxed at 25% that’s $225.5b of new income for the US Treasury, however, these goods could cost US businesses 25% more. So, while US corporates doing business with China have had a while to review their supply chains and adapt, one could argue the moves against Mexico were not as well telegraphed, and for US businesses dealing with Mexico, this may become a more significant headwind.

We know sentiment towards the global bond market is at an extreme, not just through assessing traditional oscillators such as RSIs, which can give us a rough idea on the risk to reward trade-off, but also through options pricing. Here, we see the demand for call volatility (in US Treasury futures) pulling away from put vols (see the lower pane in the Bloomberg chart below), with the spread moving to the widest seen in 2019. This tells me that traders are positioned for further gains in bonds and that we are going to see a dovish turn from the Fed soon.

This flow could even accelerate if financial conditions tighten sufficiently this week, and we see a weaker China Caixan manufacturing PMI print (11:45aest – 50.0 consensus) and US manufacturing PMI (00:00 aest – consensus at 53.0.). With all eyes then on Fed governor Powell’s speech at the Chicago Fed conference tomorrow (23:55aest).

This all suggests staying cautious, and further de-risking seems the higher probability. Again, we have to consider the notion that when we have this level of uncertainty, we want answers and a circuit breaker to inspire, cover shorts and put on risk. Well, aside from incoming rate cuts from central banks, which, as detailed, is a question of ‘when’ not ‘if’, what will promote more stable growth and inflation? The answers don’t seem readily available.

Whats on the radar

AUDJPY – A trade I’ve been flagging for a while now and is working well as a hedge against slower global growth. A big move on Friday with price breaking below the consolidation range and I am happy to stay short, with a view that this could trend soon, which is where I will add. There are risks to holding AUD shorts of course, given tomorrows cut (from the RBA) is 100% priced, and the bank needs to be dovish enough to justify the three cuts priced into markets over the coming 12 months.

USDJPY – Again, happy to stay short here, with the 108-handle likely to be in play soon, it seems.

WTI crude – as detailed on Friday, the bid has come out of the oil market with price having dropped 21% from its April high – therefore the price is now in a technical bear market. Rallies are to be sold, in my opinion.

US500 – Price has gapped lower this morning, and the risk is we close this gap, but all signs suggest this index trades lower. Price has closed through the 200-day MA and 55-week MA (2772), but flip to the monthly, and we saw a bearish outside monthly reversal at the all-time high. It all suggests we head towards 2650.