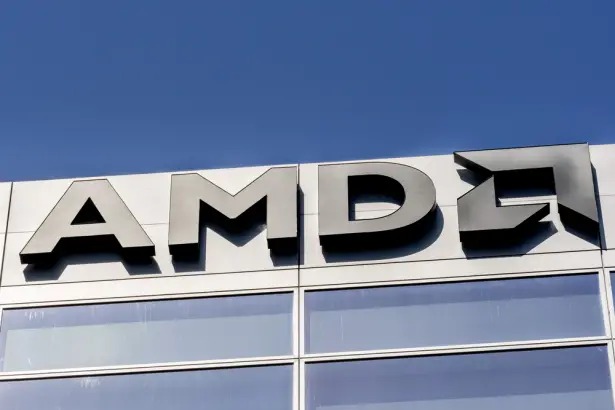 Advanced Micro Devices Inc. (AMD) reports Q4 2020 earnings after Tuesday’s closing bell, with analysts looking for a profit of $0.30 per-share on $3.02 billion in revenue. If met, earnings-per-share (EPS) will mark a slight profit decrease compared to the same quarter in 2020. The stock fell 4.1% in October despite beating Q3 top and bottom line estimates, with shareholders jumping ship after the company announced it would acquire Xilinx Inc. (XLNX) for $35 billion.

Is AMD Paying Too Much for Xilinx?

The stock has been running in place since early September, trading around the summer rally peak at 94.28. Outsized share gains and concerns the company is paying too much for Xilinx have weighed on buying interest but the overall pattern in the last five months looks bullish, raising odds for a sustained breakout into triple digits.  Even so, Intel Corp (INTC) missteps in the last year have yet to translate into higher AMD profits.

Cowen analyst Matthew Ramsay raised his target to $110 earlier this month noting, “We expect a strong Q4 and raise our 2021 revenue estimates as AMD’s share gains in PC, server, and console markets continue to track above consensus. 2021 EPS ticks down entirely due to higher 15% tax rate, and we introduce well-above Street 2022 numbers. We upgraded Intel today on the potential of the CEO change, but AMD’s momentum is here and now (and increasing).”

Wall Street consensus has deteriorated to an ‘Overweight’ rating after historic share gains, based upon 18 ‘Buy’ and 12 ‘Hold’ recommendations. Two analysts now recommend that shareholders close positions and move to the sidelines. Price targets currently range from a low of $13 to a Street-high $120 while the stock opened Monday’s U.S. session about $6 below the median $100 target. A breakout after an upside surprise is possible with this placement.

The stock topped out in the mid-90s in September and has failed three breakout attempts into January 2021. Price action has held high in the 5-month trading range but selling pressure has increased, dropping accumulation-distribution readings to the lowest low since July when AMD was trading more than 40 points lower. Higher-than-expected quarterly profits could overcome this deficit while an earnings miss is likely to drop price into fourth quarter support in the 70s.