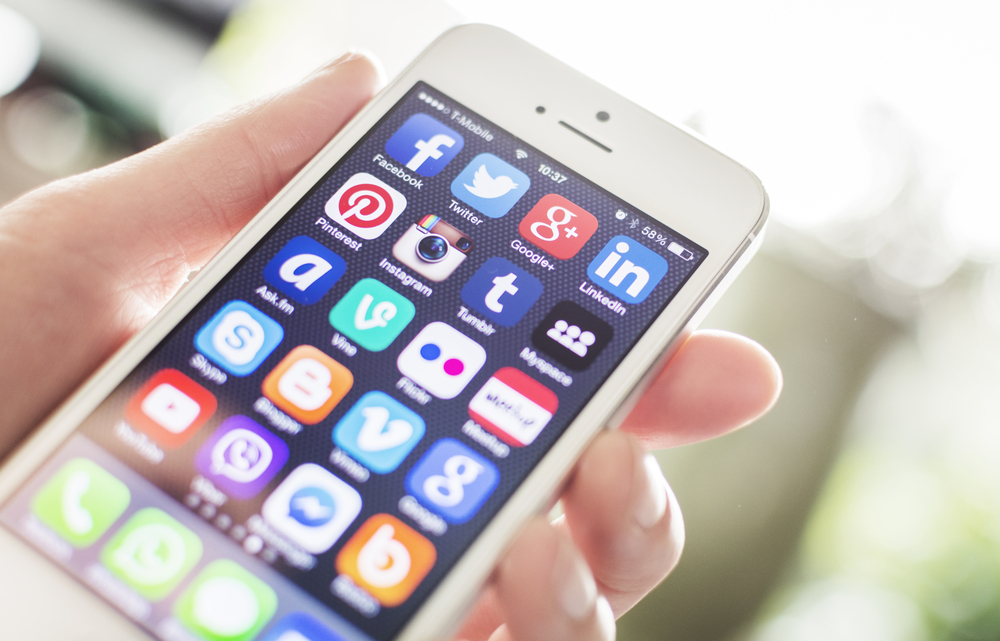 On October 28, the CEOs of Facebook (Mark Zuckerberg), Google (Sundar Pichai), and Twitter (Jack Dorsey) are set to testify before a Senate hearing about how these tech giants manage hate speech, misinformation, and privacy on their respective platforms. This will be a closely-followed hearing, considering that it comes mere days before the hotly contested US presidential elections on November 3.

Then, a day after the Senate hearing, Amazon, Apple, Alphabet (Google’s parent company), Facebook, and Twitter are all scheduled to release their respective Q3 results after US markets close on October 29.

Given that these tech titans are set to feature prominently in market headlines this week, such prospects may make for volatile trading, and the price swings may be captured within the FXTM Social Media index. 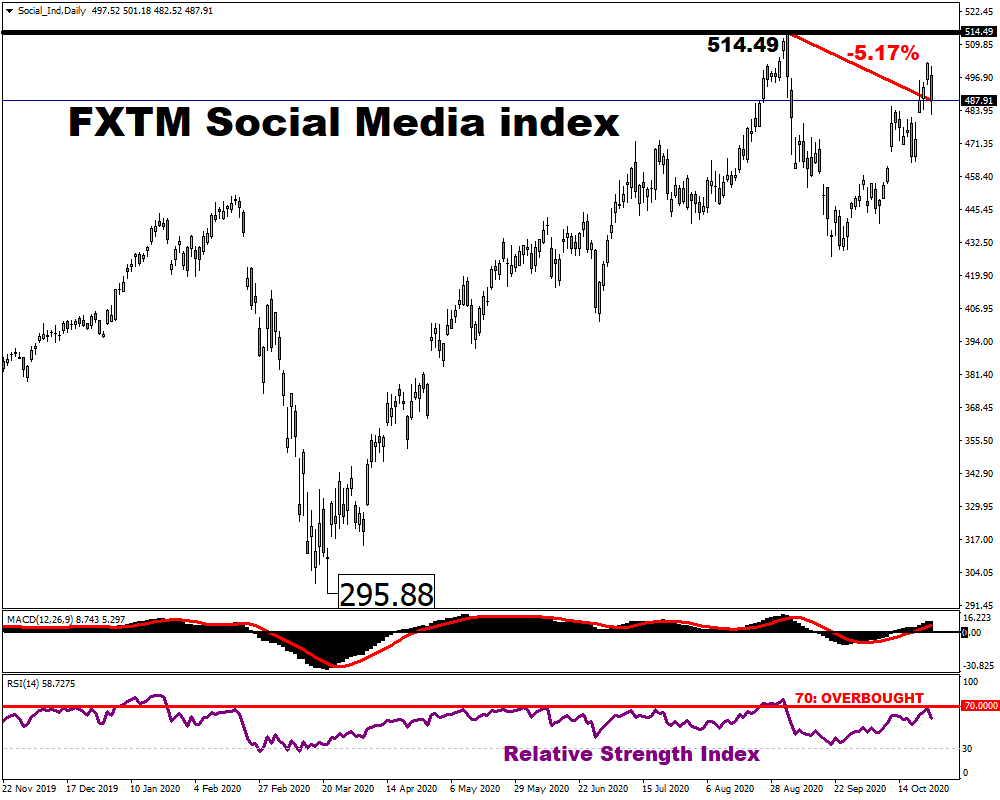 This index, which comprises four, evenly-weighted constituents, namely Google, Facebook, Twitter, and Snapchat, has far outperformed the gains seen in the major US benchmark indices so far in October. Since US markets closed on September 30th, the FXTM Social Media index has risen by 8.3 percent, even after Monday’s selloff. Compare that to the Nasdaq Composite index, which managed 1.71 percent during the same period, while the S&P 500 index has a month-to-date climb of 1.13 percent.

The FXTM Social Media index’s gains of late have been amplified by Snapchat’s inclusion. Shares of the loss-making social media platform have soared by an astonishing 58 percent on a month-to-date basis, setting multiple record highs after reporting a blowout Q3 quarterly earnings last week. 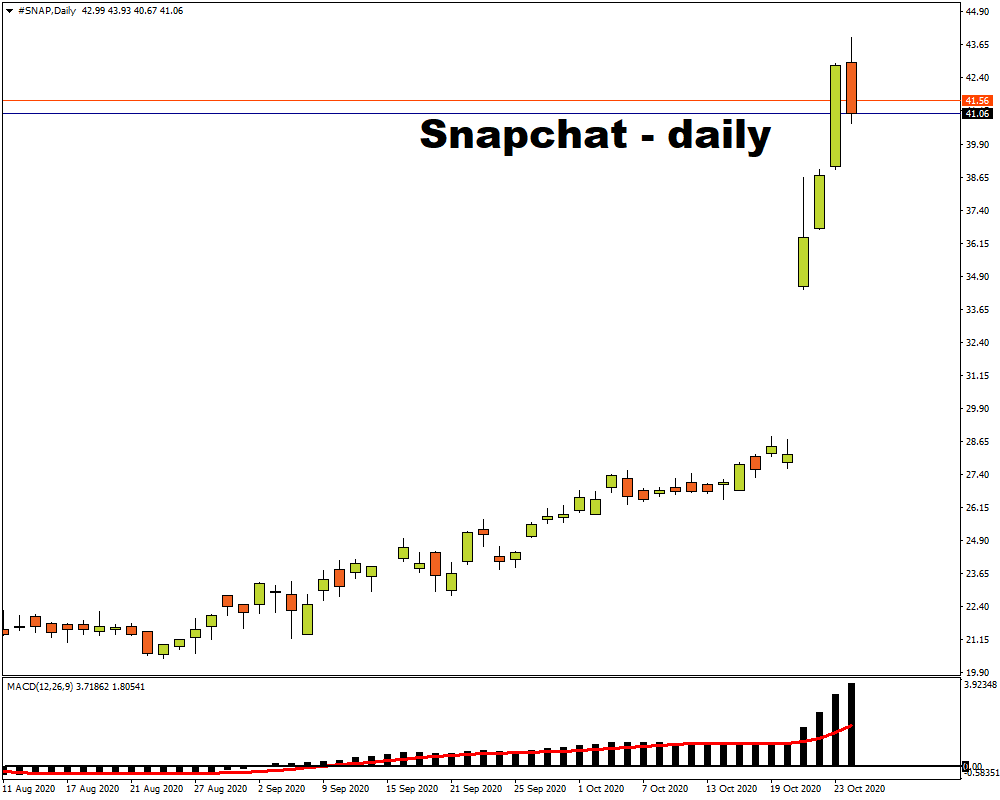 Advertisers ramped up their spending on Snapchat, knowing that users are using the platform a lot more amid the pandemic, given the disruptions to their daily routines and physical interactions. Snapchat has already added 31 million new daily active users in the first nine months of 2020, all while managing to steer clear of the negative headlines that have engulfed other platforms such as TikTok and Facebook.

Should Alphabet, Facebook, and Twitter also announce a Snapchat-esque Q3 earnings bonanza, one that’s fueled by ad spending, that could spell even more upside for the FXTM Social Media index before the week is up, provided that the Senate’s grilling of Zuckerberg, Pichai, and Dorsey on Wednesday do not heighten concerns surrounding these companies.

From a technical perspective, the FXTM Social Media index is now trading at relatively healthier levels after yesterday’s pullback, given that its 14-day relative strength index has pulled away from the 70 mark, which typically denotes overbought conditions. Still, this index is not immune to broader sentiment, which could see more market angst as investors’ concerns over looming US political risks are laid bare.

And the fundamentals of these social media giants could be clouded by the bipartisan campaign against Big Tech. Note that Zuckerberg and Dorsey are set to attend a separate Senate hearing on November 17th, which is two weeks after the US elections polling day, while Google is contending with a massive antitrust lawsuit by the US Justice Department.

While the legislative scrutiny could weigh on the performance of social media stocks, these downside risks may not be fully manifested for years more. As long as the tailwinds in this pandemic era remain intact, there could potentially be more gains to be had once we get to the other side of the US elections.