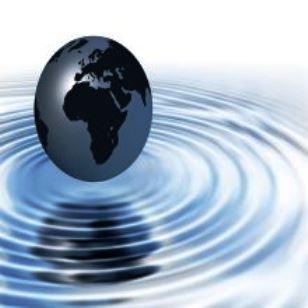 Bitcoin Cash on the Move

What a difference a day makes and, while in the early hours of yesterday Bitcoin Cash was struggling to hold on to $2,300 levels, a move through to $2,400 in the middle part of the day was just the tonic, with Bitcoin Cash closing out Tuesday at $2,579.

Momentum has remained with Bitcoin Cash this morning, gaining a further 5.15% to $2,683.9 at the time of writing.

The upside has come in spite of the South Korean government formalizing the date on which the ban on the anonymous buying and selling cryptocurrencies will be enforced, that being during the 3rd week of January.

The lack of reference to a possible shut down of cryptocurrency exchanges was good enough for the cryptomarkets, though it’s yet clear what other rules and regulations will be rolled out to ensure that the KYC rules are appropriately followed by the respective exchanges.

Litecoin managed to bounce back from an intraday low $250 in the early part of the day, though it’s still struggling to hold on to Tuesday’s afternoon rally, which saw Litecoin move from $244.81 to a $262 high before easing back ahead of the close.

At the time of writing, Litecoin is down 0.02% to $253.28, though with Bitcoin and the gang in positive territory, Litecoin should find some support from the improved sentiment across the cryptocurrencies.

Bitcoin’s gains today will have held back a Litecoin rally, though as Bitcoin continues to give up its dominance over the cryptomarket, Litecoin could begin to move more independently. Much of this will depend on Litecoin’s marketing team.

As the Ripple team have demonstrated, the correct messaging can have a significant influence on value.

For the day ahead, Litecoin will need to move through to $260 levels to hold on, with any fall back to sub-$250 levels likely to see a move back to the low $240s. There’s a lot of competition out there and Litecoin’s going to need to deliver to investors, or things could get a little shaky.

Tuesday may have started a little choppy for Ripple, but early morning fall to $1.93 didn’t last long, with Ripple finding strong support at $1.93 levels.

In recent days, while Bitcoin Cash may have bounced back from its recent ranges, Ripple looks to be the leading dip and pop cryptocurrency and has garnered significant attention since surpassing Ethereum in the market cap rankings into 2nd place. Ripple is the cryptomarket’s HODL currency of the day and we may well see Ripple splash into unchartered seas through the day, with the $2.48 high certainly in sight.

The Ripple team has done a phenomenal job in bringing the currency up the rankings and, as its platform gets more widely recognized within the world of finance, Ripple will continue to progress.

It wasn’t long ago that Ripple was sitting at $0.23 levels, December being the turning point for investors and the team.