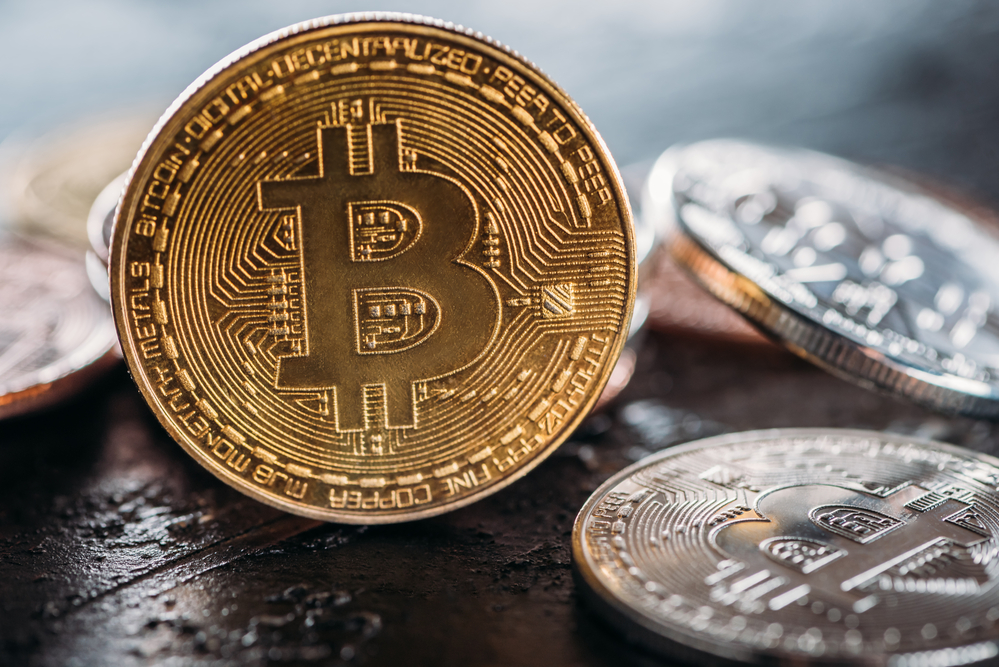 Bitcoin managed to get below the key support level at $35,000 and is testing the next support at $32,000.  Other cryptocurrencies are also moving lower.

The market mood is clearly bearish in absence of positive catalysts. The nearest significant catalyst for the crypto market and riskier assets in general is the release of U.S. inflation data on Thursday.

If inflation gets above the 5% level, riskier assets may find themselves under strong pressure which will be bearish for Bitcoin and other cryptocurrencies. It should be noted that the current analyst consensus calls for Inflation Rate of 4.7% in May, but a negative surprise is possible. 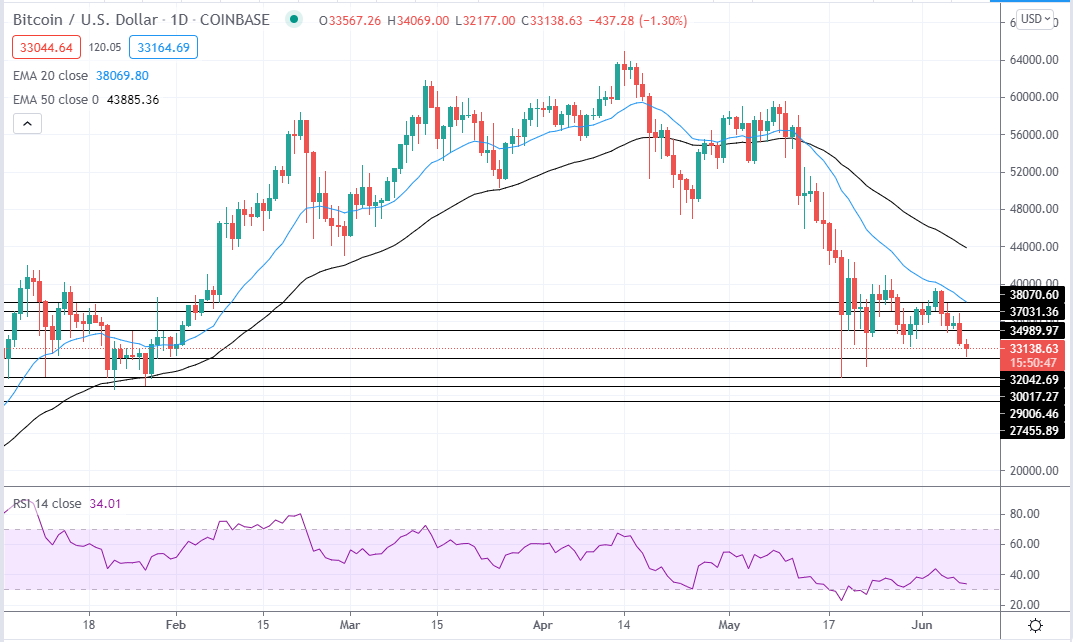 Bitcoin has recently made an attempt to settle below the support at $32,000 but failed to develop sufficient downside momentum and continued to trade in the $32,000 – $35,000 range. RSI remains in the moderate territory, and there is plenty of room to gain additional downside momentum in case the right catalysts emerge.

From a big picture point of view, Bitcoin remains in a downside trend, and there is a significant risk of an additional sell-off.