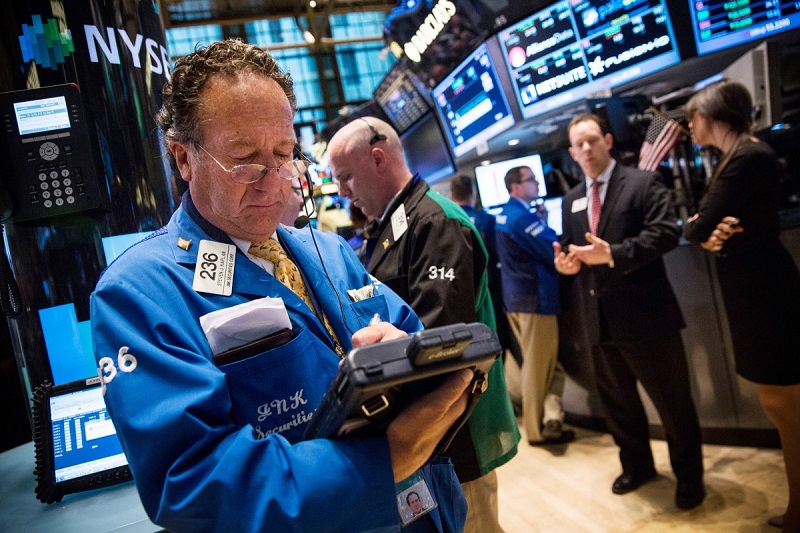 But if there a story to be told, its the Phase One trade deal brings with it several issues for global trade. First, existing tariffs on the majority of Chinese goods remain in place. More importantly, if the overly ambitious purchase targets are reached, it suggests other countries will lose out as Chinese demand for their products rotates towards the US.

Still, the questions around the US tech in the supply chain remains unanswered. So, can China realistically hit these targets, especially when US firms are more motivated to produce abroad while China is trying to wean itself off a dependence on US technologies? Or does it even matter?? But it’s all here in black and white The Trade Agreement  chapter 6 is worth a read.

But Phase one is not BAD  for risk and should boost global growth, plus the Feds will add all the money in the world to keep risk sentiment afloat, and when the ship lists, remember its an election year when US policy always turns positive. So onwards and upwards!!

There was a test lower for USDCNH on the open, but no follow-through.

As we anticipated on this morning note, some clients are taking profit on their USD/EM downside positions, mainly in USDCNH and USDKRW, on the signing of the trade deal. I also think the proximity to LNY (I know it’s a week away) is causing traders to pare back risk as we know RMB liquidity will be sparse. With bullish targets reached, it’s unlikely we will see any significant move lower for no other reason than P2 discussion are unlikely to start until the LNY has passed.

My clients were asking me why I closed out of CNH so early, partly because I think we’ve hit a temporary floor on USDNCH, but primarily I don’t want to end up paying through the nose on a one-week funding squeeze carry. It could ease, but then again, it might not.

Plus, I’m weighing the odds of going dollar strategically long for only the 2nd time vs. the CNH since October 11. I think there is more risk tail risk than meets the eye, but no rush to trade given EM Asia vols continue moving lower across the board with the selloff accelerating in the last two days. One-month USDCNH is now at 3.9 from 4.6 at Wednesday’s open, 1m USDKRW at 6.0 from 6.6

USDKRW is trading bid, with chatter on the street of corporate buying going through at the onshore fix market in the morning

Indonesian President Jokowi giveth and taketh after USDIDR gapped down to new lows as local bonds rally. President Jokowi hit the IDR rally pause button, saying a quick rupiah appreciation may hurt exports, so they must be cautious of rapid currency gains. Which immediately raised the yellow intervention flags and one-month USDIDR trades to 13700 from 13650 on this.

There has been a ton of USD selling across the board in the past 24 hours, but the market reaction has been “Meh.”

Yesterday was the first day this year massive USD selling against EUR and CHF went through. The Euro flow is entirely uninteresting, given the tight follow-through ranges. But the fact there is any CHF buying at these lofty levels is the surprise indicating a considerable break down in the correlation with risk asset, which is both odd and bewitching. After all, positioning does seem to be the wrong way, but the resilience is unlikely to be offset by the SNB after the US Treasury report.

Weaker UK inflation data yesterday has helped nudge market expectations of a BoE rate cut this month to above 65%. However, the UK PMIs on January 24 will remain important ahead of the MPC meeting on January 30. But I continue skeptical about building shorts as if we get a UK rate cut, it would not be the start of a cycle, but instead, a one-and-done insurance move before Mark Carney clocks out.

Despite the dovish BoE retort and weak data, policy transmission to FX markets has been poor lately. But the market could be getting that sense of déjà vu all over again that the opportunity of capital flows drifting back to the UK in 2020 is too big to ignore.

UBS Strategist Lefteris Farmakis suggests Governor Carney, rubberstamps a return to the ‘old normal’ for sterling, where the influence of economic data on monetary policy is its primary driver, and there you have it apparently

The Stone Roses “Fools Gold” long hedge unwind trade is trying to unfold as gold is down around $5.00 buck from entry, although nothing to get excited about until the market clears the chunky stack of bids at $1550. So far, the 50 and 200 EMA have given way, but the bids are reasonably impressive down here.

Although we saw large dollar selling yesterday, there was a limited reaction, and at the heart of the trade deal, in my view lies a mildly positive dollar outlook on the margins over the short term. And I think this will be slightly negative for gold, but ultimately for gold, it’s where yields go and how the economic data evolves.

Not all signals are aligned as risk sentiment endures, and while the long-term outlook for gold remains constructive, still, I’m struggling with the long gold strategy at the current price levels (1557-1558). In my view, the approach remains completely ill-defined at the moment, especially with S &P 500 making record highs. Until the yield on 10-year Inflation-indexed Treasuries starts to flash buying signals, bid on a deep dips remains a preferred strategy.

CTA’s are maxed long gold in their gold strategies, ETF positioning is stretched as is the IMM and given the Big gold trading banks’ ability to ramp up a gold paper and free up margins, the market could be ripe for a reversal if US bond yields don’t move lower quickly. It wouldn’t be the first time we’ve seen this set up in the last 4-6 weeks.