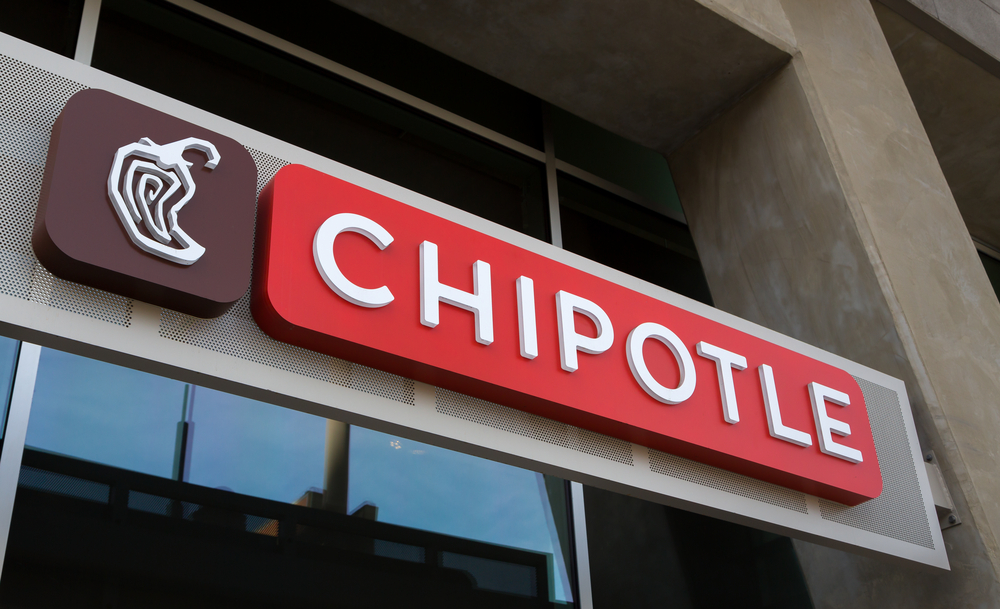 The company posted a first-quarter (Q1) adjusted profit of $5.36 per share, with the figure topping Wall Street’s expectation of $4.89 a share and growing 74% from the year-ago quarter. Meanwhile, revenue of $1.74 billion during the period met analysts’ forecasts.

Comparable store sales boosted the top line, climbing 17.2% from a year earlier and 21% from pre-pandemic levels in 2019. Online orders, which account for around 50% of total sales, more than doubled during the quarter. Management credited a range of new menu items and government stimulus checks for the better-than-expected result.

Despite the company choosing not to provide full-year earnings guidance, Chairman and CEO Brian Niccol remained upbeat about the months ahead. “As vaccines roll out and we get closer to moving past this pandemic, I believe Chipotle is well-positioned for growth. I’m excited about our future as we remain focused on innovating in culinary, leading in food with integrity, and providing convenient access inside our restaurants and through our expanding digital ecosystem,” he told investors, per PR Newswire.

Through Wednesday’s close, Chipotle stock has a market value exceeding $40 billion and trades 92% high over the past 12 months. Year to date (YTD), the shares have added 8.72%, slightly trailing the S&P 500’s 11% gain over the same period. Valuation-wise, the stock trades 20% above its five-year average projected earnings multiple of 55.36 times.

Since bottoming out around $450 a share at the height of last year’s pandemic sell-off, Chipotle shares have trended consistently higher. More recently, the stock has formed two swing highs at the $1,560 level, increasing the possibility of a double top. Furthermore, the second peak made a slightly higher high while the RSI indicator made a relatively shallower high to mark a bearish divergence between price and the indicator.

Active traders who open a short position should target a move down to the $1,365 area where the shares find a confluence of support from a horizontal trendline and the rising 200-day simple moving average (SMA). Protect trading capital by placing a stop-loss order just above the high of the second peak at $1,579.52.