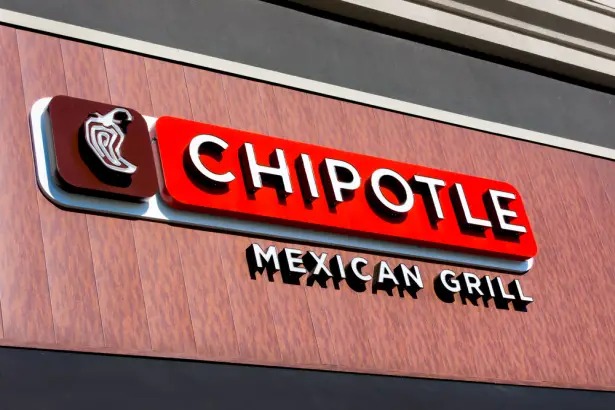 Chipotle Mexican Grill operates 2,580 Mexican-themed fast food restaurants in the United States, along with 39 international locations. The stock was a top NYSE and restaurant sector performer until 2015 when it got blamed for a major food poisoning outbreak that uncovered questionable sanitizing procedures. The downtrend finally bottomed out at a 6-year low in 2018, giving way to a strong recovery that’s gained more than 500% in the last 2½ years.

Bernstein raised their target from $1,300 to $1,600 on Tuesday, with analyst Sara Senatore noting that, “Chipotle Mexican Grill appears to have taken the first small steps toward the margin part of the recovery path with delivery fees; we expect modest pricing could also play a role as could a slacker labor market. Even relatively modest fees support margins. Mobile order ahead has also tripled; reduced delivery support will likely translate into ordering channel shift, not lost traffic.”

Wall Street consensus rates the stock as a ‘Moderate Buy’, with an even split of 15 ‘Buy’ and 15 ‘Hold’ recommendations. No analysts are recommending that shareholders sell their positions and move to the sidelines. Price targets currently range from a low of $751 to a street-high $1,600 while Chipotle Mexican Grill is now trading $60 above the median $1,207 target. This placement could put a lid on returns, especially with the astronomical 140.46 price-to-earnings ratio (P/E).

The stock broke out above the 2015 high near 750 in August 2019 and failed the breakout in the first quarter’s pandemic swoon. It bounced back to the rally high in May and broke out once again, entering a rising channel that’s contained price action into August. Fortunately for bulls, this pattern significantly lowers risk because stops can be placed relatively close to price action, allowing an easy exit during the first stages of an intermediate correction.