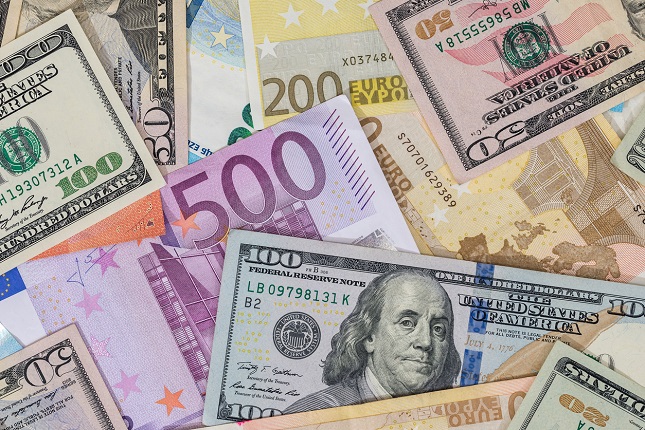 We had a broad chat about the dollar, Brexit, and the euro.  He gave me the opportunity to sketch out my views:

The dollar’s entered a cyclical decline, and the “twin deficit” issue will likely frame the narrative.

Many observers do not use that particular phrase now, but their arguments seem to rest on one if not both of the legs.

Sterling gains appear to be more short-covering than the establishment of new longs.

Like Sri, many seem to think it is nearly a foregone conclusion that officials will fail to strike a deal.  I suggest sterling could fall a 2-3% in a knee-jerk reaction to no deal. Some observers see the risk that the BOE would adopt a negative bank rate in such circumstances.

Investors seem to be looking past it and into next year.  It is partly a reflection of a dollar-bearish view, but also ideas that European equities can outperform the US have returned after again being disappointed.  I have previously suggested that I thought the euro could trade into the $1.25-$1.30 area next year.  Although I was early on the dollar bear call, the call is rather modest, compared to some of the large banks and Stephen Roach, who sees a record 35% appreciation of the euro based on low US savings.  The median forecast in the Blomberg survey is for the euro to finish 2021, near $1.24.

Here is a link to a roughly three-minute clip.