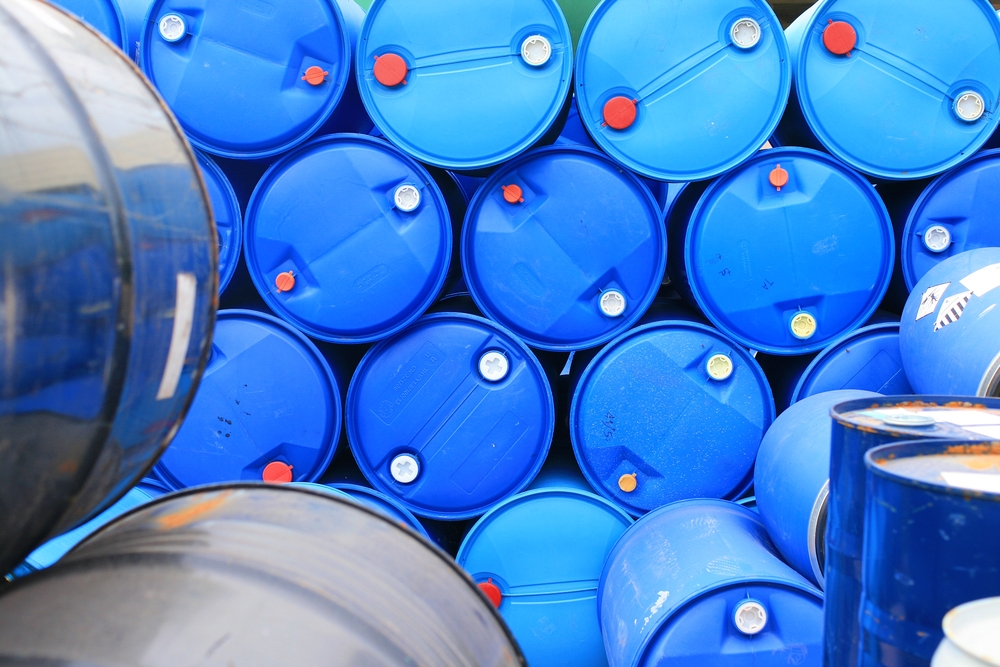 The West Texas Intermediate Crude Oil market has pulled back a bit during the trading session on Thursday, as we sit right at the $65 level. The $65 level of course is a large, round, psychologically significant figure that would attract a certain amount of attention, but part of what has caused the market pull back a bit is that the demand for gasoline in the United States has fallen for the second week in a row. That being said, the ascending triangle that formed previously does suggest that we have more upward pressure going on than down, as we have been in an uptrend anyway. If we do pull back from here it is likely that we would see plenty of support at both the 50 day EMA and the uptrend line that has been part of that ascending triangle.

Brent markets also look very much the same as you would expect, after forming the same kind of ascending triangle. The $70 level above does offer a certain amount of psychological resistance, so if we can break above there then it is likely that the market would continue to go much higher. A lot of this comes down to the “reopening trade” that a lot of people pay close attention to, so therefore it does make a certain amount of sense that value hunters will be looking to get involved. Once we can clear the $70 level on a daily close, it is very likely that we go much higher, perhaps making a move towards the $72.50 level initially, followed by a move to the $75 level. I have no interest in shorting the market anytime soon.