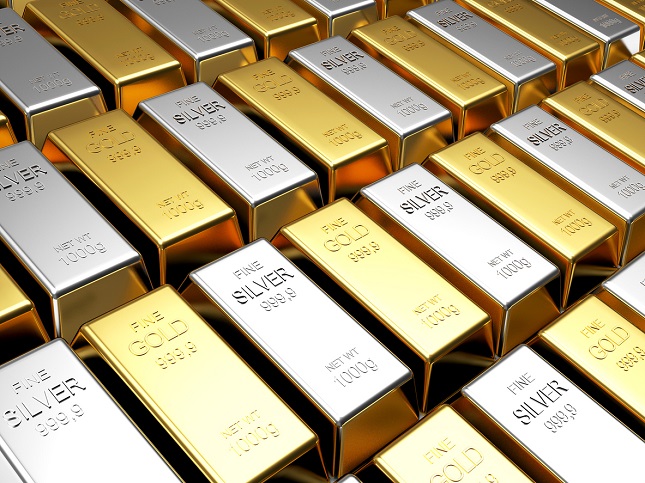 The gold futures contract lost 0.51% on Tuesday, as it remained close to Monday’s low. Gold is extending its month-long consolidation along $1,850-1,900. On June 1 gold price was the highest since early January. In April the market has bounced from the support level marked by March 8 local low of $1,663.30. Since then it has been advancing. This morning gold is trading along yesterday’s closing price, as we can see on the daily chart (the chart includes today’s intraday data): 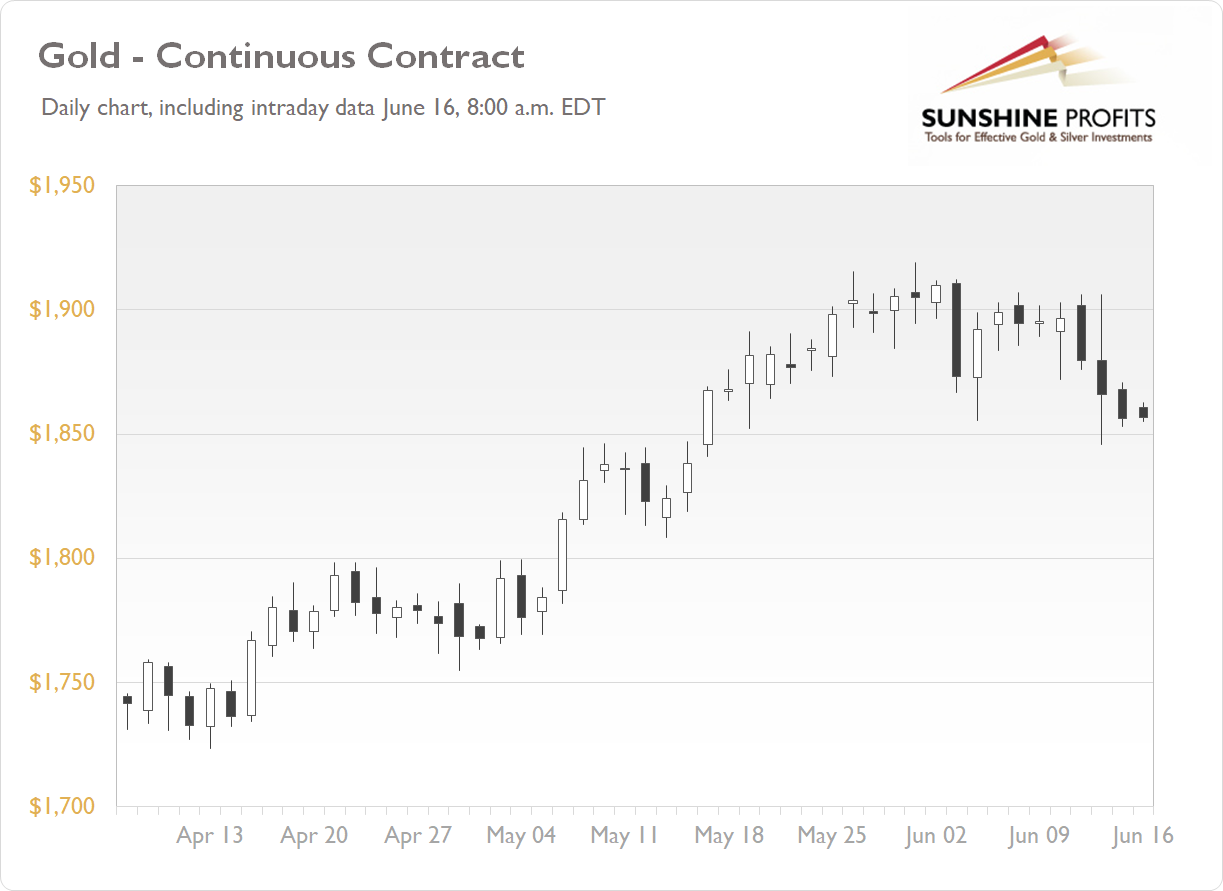 Today gold is 0.2% lower. What about the other precious metals? Silver is 0.2% higher, platinum is 0.7% lower and palladium is 0.5% higher today. So precious metals are mixed this morning.

The markets will be waiting for today’s FOMC Statement announcement at 2:00 p.m. and the Press Conference at 2:30 p.m. We will also have Building Permits and Housing Starts releases this morning.

Where would the price of gold go following today’s news release? We’ve compiled the data since January of 2017, a 51-month-long period of time that contains of thirty five FOMC releases. The first chart shows price paths 5 days before and 10 days after the FOMC release. We can see that the biggest 10-day advance after the FOMC day was +10.5% after March 15, 2020 release and the biggest decline was -7.2% after March 3, 2020 release. But we’ve had an increased volatility following coronavirus fear then. 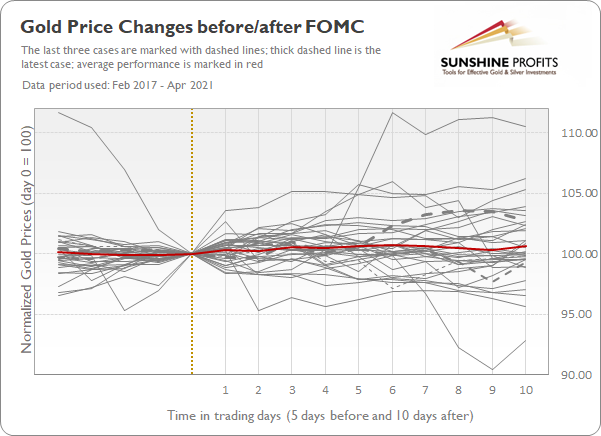 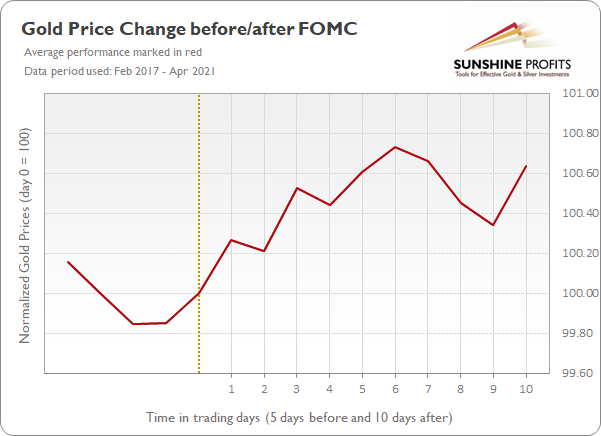