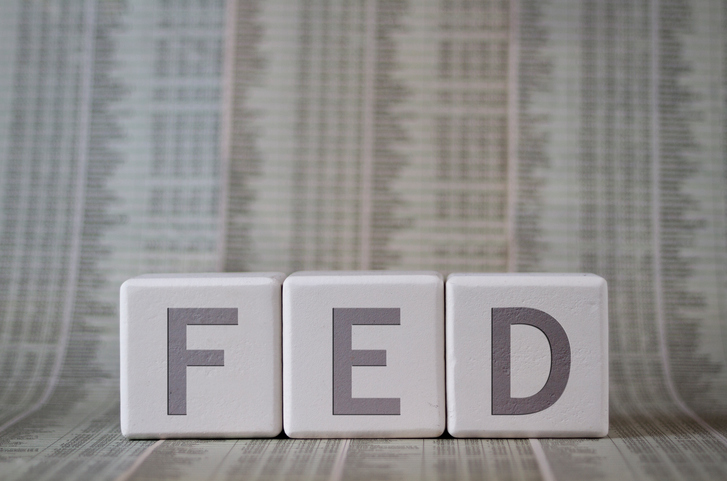 We knew the rates market had a pre-set vision of an easing cycle, pricing in some 66bp of cuts through to December, and some 108bp through to December 2020. Obviously, front-end Treasury yields and global bonds more broadly had been the beneficiary of this implied policy path, with funds subsequently being pushed further and further out of the risk curve in search of yield, with the hunt for duration feeding into credit and equity. So, the risk was always that if we didn’t hear what we wanted to hear we would sell out of bonds, which would cause higher implied volatility, negative gyrations in equity markets and cause financial conditions to tighten.

Well, that scenario played out. Granted, the actual statement came out just as the market had anticipated, with a 25bp cut to the fed funds rate, a formal end to its balance sheet normalisation program (QT) and two dissenters (George and Rosengren were against easing). With narrative that the board will “act as appropriate to sustain the expansion”.

This, in itself, gave us a feel we were leaning to a hawkish cut, but things got spicy in markets when Powell spoke. The focal point of what we initially heard was this 25bp cut was a “mid-cycle adjustment to policy”, and that this was an insurance cut to keep in check the fallout from considerations such as trade. That we should not just consider that we had a 25bp cut, but it should be taken into context of the broader trend in policy, with the move to a patient stance, which is now accommodative, and that in itself is providing a more holistic support cushion to a resilient US economy.

It was a cut that many saw a really just taking out the December hike.

“Mid-cycle” was all that mattered though. That was the red flag, and the market heard enough evidence that its implied easing path was thrown into question. The result, hardly surprisingly, was a move in US 2-year Treasury’s from 1.82% into 1.96%, with the 2s vs 10s yield curve falling 11bp to 10bp. The USD went on a run, with USDJPY tracking into 109, while EURUSD broke the triple bottom at 1.1106, taking the DXY higher for a ninth straight. AUDUSD fell from 0.6891 in to 0.6832, with EM FX finding a wave of offers as you’d imagine.

Gold fell $16 into $1410, with gold stocks hit hard, while the S&P 500 was sold 1.8%. The market was viewing this as a policy error, and flashbacks of Q4 18 were all too evident…the market hadn’t heard what it wanted to hear, and let the Fed know how they felt.

Powell is becoming well known for his pivots, and in this case, it’s almost as though he had someone in his ear telling him the market reaction, that towards the latter stage of the press conference, he walked back his earlier view. Once again, it’s clear. In an easing cycle, it’s the market that set policy, not the Fed, and if you want to challenge that dynamic, we will see volatility.

To clarify the “mid-cycle” comments, Powell detailed he meant it wasn’t the start of a long cutting cycle, and that he “didn’t say just one rate cut”. This narrative saw support kick back into bonds with a decent reversal in 2s, with the S&P 500 rallying to ultimately close 1.1% lower on the session. The rates market closed the day pricing a 64% chance of a September cut, so Powell has managed to install some belief the market is still on the money, but it feels like the communication with the markets is on more shaky ground.

The market needs time to regroup

The market now needs a couple of days to really digest this, and quite often in these meetings, the first move is not always the right move. We were hoping for clarity, and what we have been left with is more questions, so its back to listening to the Fed and ideally the man who many feel is the real governor on the board – Richard Clarida. That said, in the near-term, the most immediate scheduled speaker is James Bullard (7 August).

We will be keeping an eye on tonight’s (00:00aest) US ISM manufacturing, which after the overnight Chicago PMI, which came in at a woeful 44.4 (vs 51.0 eyed), surely holds downside risk to the consensus call of 52.0 on that index. After that, it’s on to Friday’s US payrolls, although when the Fed is looking more closely at inflation expectations and trade, the payrolls print should affect pricing too greatly, unless its an absolute disaster.

The wash-up is we will see a weaker open in Asia, with the ASX 200 called to open just below 6800. The Hang Seng, Nikkei 225 and China should open around 1% weaker, and there is little in the way of data to really influence here. Gold stocks will find sellers easy to come by on the open, while on a more diversified level, BHP is indicted to open 1.6% lower. It’s not an ideal day for RIO to report numbers (after the bell), but even though we’ll see sellers on the open, there won’t be any panic. In fact, the open will offer a lot in the way of psychology, and I will be looking to see if traders buy the opening weakness or add onto the weaker open.