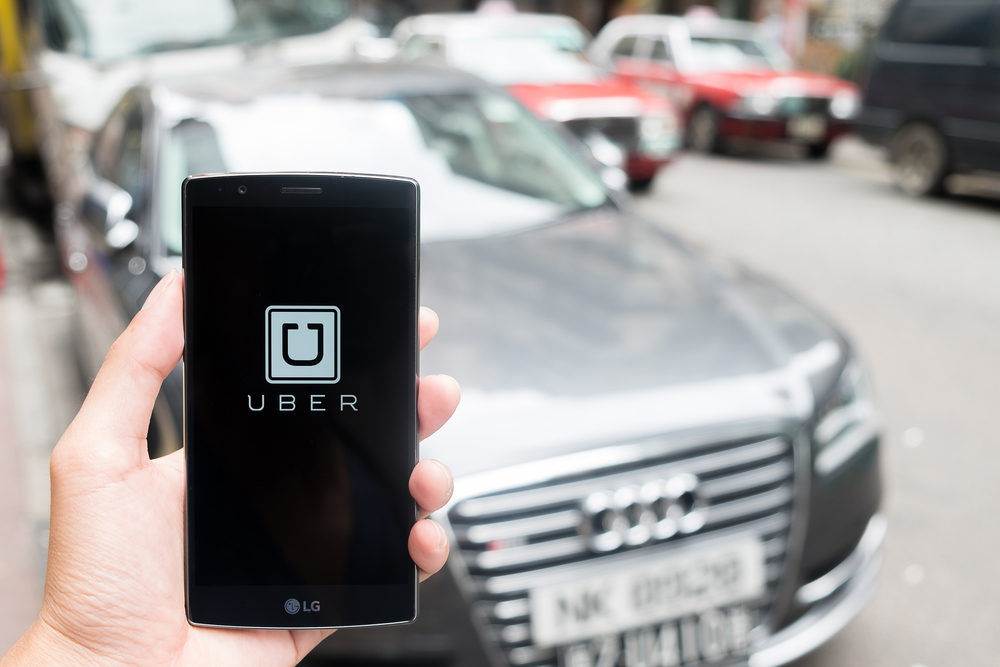 Even as broader stock markets have been celebrating the reopening of the US economy, Uber’s stock prices were noticeably more sanguine. The stock has been relatively range-bound over the past two months, with the stock finding a close above $60 unsustainable since posting its highest ever closing price on 10 February. The stock has fallen by over 16% since. 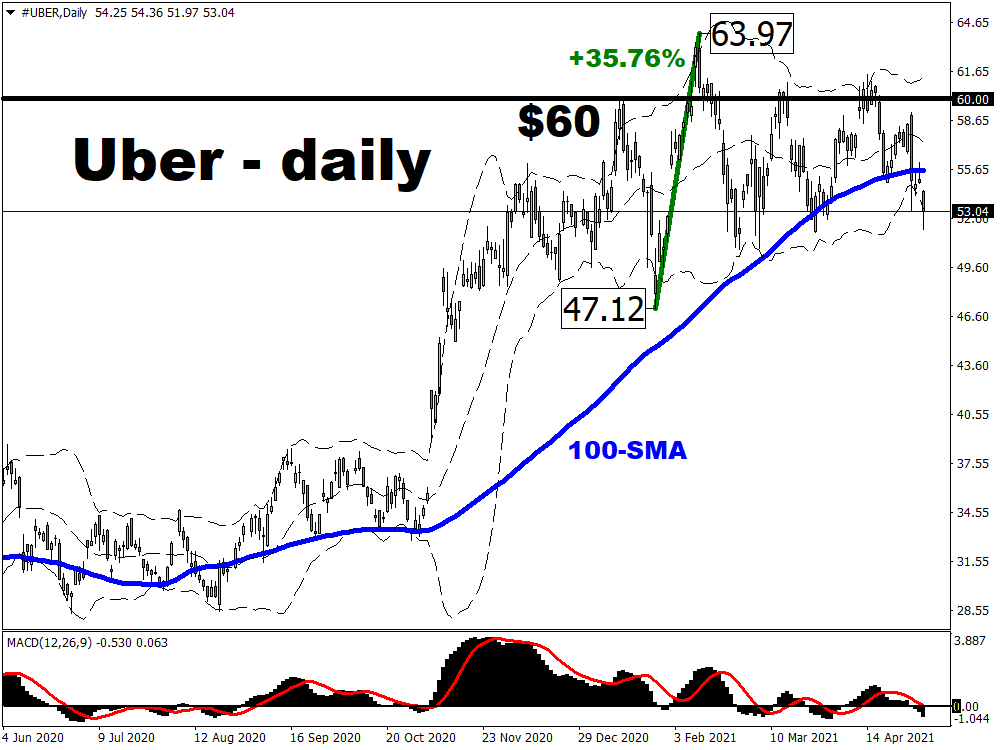 Treasury Secretary Janet Yellen spooked some segments of the US stock market on Tuesday with comments that hinted at rising interest rates to curb an overheating economy. The selloff in tech stocks contributed to Uber’s share price closing below its lower Bollinger band.

That in itself may not be such a bad thing for technical traders.

Uber bulls might take heart from such a technical event because the last time the stock closed below the lower bound of the band, it went on to stage a massive rally of over 35% in just over two weeks! Also, over the past 12 months, the stock has found its forays below its 100-day simple moving average (SMA) to be fleeting.

Perhaps in that regard, this stock is akin to a coiled spring, raring to be propelled higher from such oversold conditions, with Wednesday’s announcement potentially serving as the trigger.

Though with momentum firmly pointing south, Uber appears in need of a major vote of optimism from the markets before we can say with conviction that a new record high is coming into view.

Is the pandemic finally in Uber’s rearview mirror?

For the quarter, markets are expecting Uber’s revenue to come in at $3.25 billion, which would mark a gradual increase from the past two quarters, though still 8.2% lower year-on-year.

The bigger boost likely came from some pandemic-era habits that have stuck around. Uber’s delivery services increased by 150% year-on-year in March, which helped the company post a record high for its monthly gross bookings!

Still, Uber’s net loss for Q1 is forecasted at around $1.05 billion, with investors wanting to know how such numbers might impact the company’s repeated forecasts of achieving profitability by year-end.

In its pursuit of profitability, Uber is also set to face some near-term challenges. The company has set aside an extra $250 million to lure drivers back with, as the demand resurgence outpaces the number of drivers who’s willing to return to such gigs. That figure could erode its bottom line in the coming quarters.

Also, Uber may have to contend with higher operating costs if regulators are to have their way. Just last week, US Labor Secretary, Marty Walsh, said that gig workers should be classified as “employees”, which raises the prospects of the likes of Uber being saddled with the compliance costs to employment law. In March, Uber reclassified all its drivers in the UK as “workers”, and the entitled benefits to drivers would cost the company about $300 million per year, according to Morgan Stanley estimates.

Still, it’s not all doom and gloom for Uber’s outlook.

Besides riding on the global economic reopening, Uber plans to also aggressively grow its delivery services across the US over the coming months, reportedly in partnership with GoPuff, a startup that focuses on deliveries. Such a move would help bolster its deliveries offerings, following its $2.65 billion acquisition of Postmates last year.

There are also plans to roll out Uber Eats Germany, expanding its foray on the continent beyond existing markets in Spain, France, Poland, and the UK. Uber is also partnering with a London-based EV maker to produce cars for ride-hailing by Q3 2023. Such ambitions could help Uber diversify its income streams, both geographically and also across varying segments.

How could Uber’s shares react post-earnings?

Markets think that the stock could move by 8.43% when the US cash session reopens after Uber’s Q1 earnings have been released. Uber’s shares already gained 3.6% in extended trading on Tuesday, climbing alongside the stock prices of its rival, Lyft, which announced its own results after markets closed.

Those who believe in Uber’s long-term prospects must gain enough critical mass in order for the stock to hit a new record high. At least for the near-term, investors can take heart that, as the Covid-19 vaccine continues permeating major economies, that should help bolster Uber’s core business as people grow more comfortable hopping back into an Uber for their trips back to work, school, or out about town.