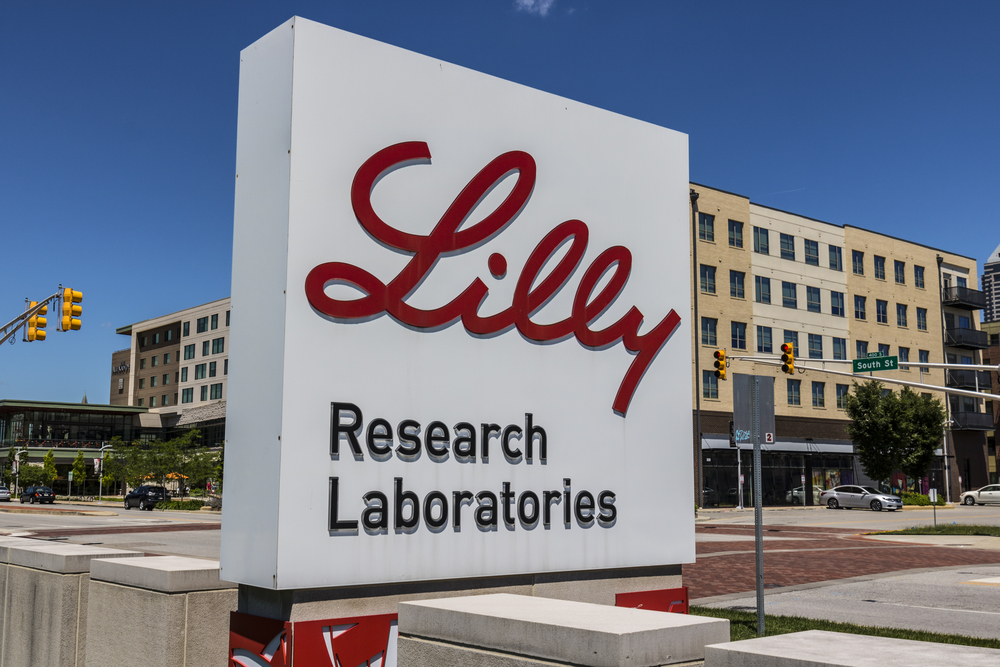 The treatment, called donanemab, showed effectiveness at slowing the decline of patients’ ability to think by 32% relative to a placebo in a mid-stage clinical study of 272 people conducted over two years. The drug works by removing a form of plaque known as beta-amyloid in an Alzheimer’s patient’s brain.

“This unique mechanism and antibody for clearing plaques, discovered at Lilly, has the potential to provide high levels of durable amyloid plaque clearance after limited dosing,” the company’s Chief Scientific Officer Daniel Skovronsky wrote in a statement, per Investor’s Business Daily. The company said it will undertake further studies in a 500-patient trial to gain additional insight into the drug’s effectiveness.

Through Monday’s close, Eli Lilly stock has a market capitalization of $177.87 billion and trades 10% higher on the year. Over the past month, the shares have gained 16.18%. From a valuation standpoint, the stock trades at around 20 times forward earnings, roughly in-line with its five-year earnings multiple.

Cantor Fitzgerald’s Louise Chen said that the successful study was great news for the drugmaker. She added that the results pave the way for an application for regulatory approval. Elsewhere, sell-side research firms remain mostly bullish on the stock. It receives 11 ‘Buy’ ratings and 7 ‘Hold’ ratings. At this time, no analyst recommends selling the shares.

Price targets range from a Street-high $209 to a low of $149. The median 12-month price target of $190 represents a modest 2% premium to yesterday’s $185.94 close. Watch for additional re-ratings in the months ahead as further details emerge about the drug’s effectiveness and commercial application.

After breaking above an inverse head and shoulders pattern in December, the price formed a flag over the holiday season. However, yesterday’s news-driven breakout propelled the stock through key overhead resistance to a new all-time high (ATH) on heavy volume. Moreover, the 50-day simple moving average (SMA) recently crossed above the 200-day SMA to indicate a new uptrend is in place.

Given the relative strength index (RSI) sits in overbought territory, active traders should consider waiting for a retracement entry to the $170 level, where previous resistance now provides support. Those who take a long position in this area should protect capital with a stop-loss order placed beneath the flag pattern at $161.78. Book profits by using a target that is at least twice the amount of the stop used. For instance, target a $20 move if using a $10 stop.