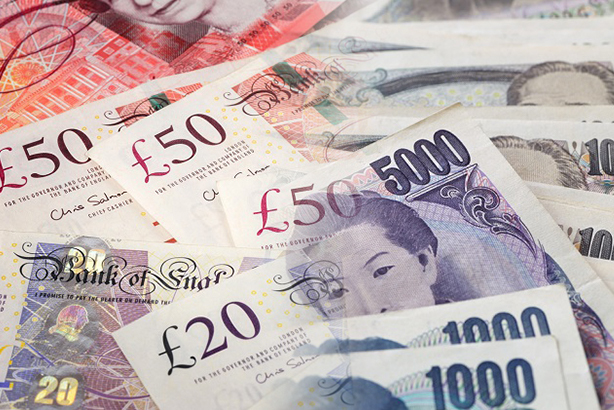 The British pound initially rallied during the course of the trading week but gave back the gains to show signs of weakness. In fact, it looks like we are threatening the bottom of that hammer from a couple of weeks ago that could open up fresh selling. At that point, I would anticipate that the market is likely to go towards the ¥145 level. The ¥145 level is an area that I think would attract a lot of attention based upon previous action and of course the fact that the 50 week EMA is starting to race towards that level.

Even if we do pull back to that area, it is likely that we would at least see some type of value hunting being attempted in that area. I think we most certainly have a lot of downward pressure, and that would make a certain amount of sense considering that the market has been so overbought. Whether or not we break down below the ¥145 level might be a completely different question but at this point in time it is likely that we will see continued downward pressure as the market simply does not look healthy.

Because of this, we probably have a couple of negative candlesticks ahead of us. On the other hand, if we turn around and break well above ¥150, then the market may recover to go back towards the highs. That being said, a healthy pullback would not necessarily be the worst thing that could happen to this market. Furthermore, there are concerns about the UK sluggishly reopening, so that could have a little bit of an effect on this pair as well.