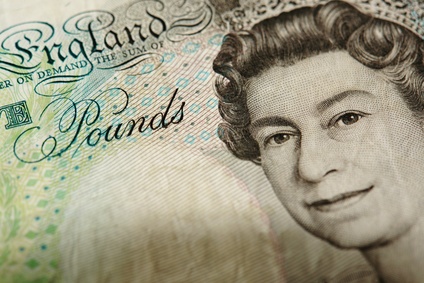 On Wednesday, the pound showed slight advance against the dollar as hopes that EU leaders will be able to put a plan to avoid Greek default and US proposedUSplan to overcome debt problem boosted demand on higher-yielding currencies.

Minutes for July’s rate decision did not show any surprise as voting came similar to June with 7-2 for holding interest rate unchanged and 8-1 for the APF. The pound rose after the minutes but probably due to the weakness in the dollar.

Now, the BoE is predicted to keep lose monetary policy despite their expectations that inflation would rise above 5% in the coming months as they see factors triggering inflation temporary in nature, where they give higher priority to reinvigorating growth.

On Thursday, as of 08:30 GMT, UK public finance excluding interventions will show a contraction in deficit to 12.8 billion pounds in June from 17.4 billion pounds in May, according to median estimates, while retail sales with auto fuel report, due at the same time, is projected to witness 0.5% increase in June compared with the 1.4% fall recorded in May.

Both reports are expected to have an impact on the pair’s movements due their importance, especially if it beat or missed analysts’ forecasts.

Jobless claims report is expected to be carefully watched by investors after the downbeat labor figures seen in the latest jobs report.