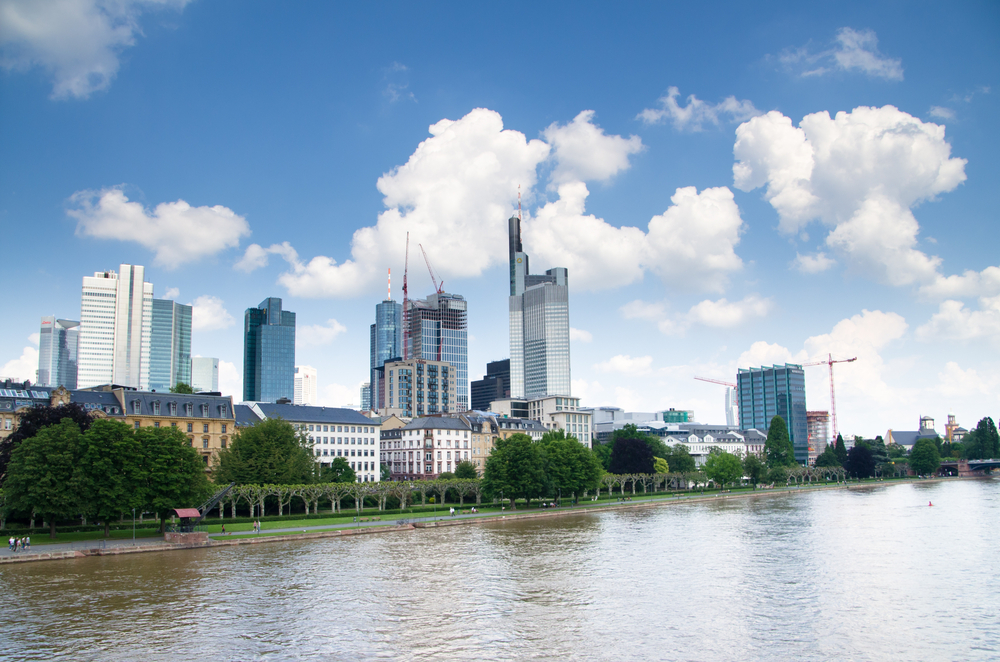 The central bank meetings (FOMC, BOE, and BOJ) will command the most attention, but the elections come first chronologically. Two German states (Rhineland-Palatinate and Baden-Wurttemberg) will be held on March 14. They are important to global investors and businesses because of what they may portend for the national elections in late September. Rhineland-Palatinate is currently a center-left coalition by the Social Democrats, Free Democrats, and Greens. Baden-Wurttemberg is the only state the Greens lead, but they are in a coalition with the Christian Democrats.

Some suggest this “green-black” coalition could be replicated on the federal level. Indeed, as the presence of the Greens hints, they could become Germany’s second party in September by overtaking the SPD, which has been cohabiting with the CDU for so long that some think the distinction has blurred. On PredictIt.Org, the new head of the CDU, Laschet, formerly the head of North Rhine-Westphalia’s government, is trailing behind Soder, the head of the CDU’s sister party in Bavaria for Chancellor. The CSU has been critical of Merkel from the right, while Laschet represents greater continuity. The Green’s Baerbock is slightly ahead of the SPD’s Scholz but far behind the CDU/CSU.

The Dutch election will be held on March 17. While the two-party system has its critics, Dutch politics are so fragmented that after the last general election in 2017, it took 225 days to forge a new government. There are nearly 90 registered political parties, and more than a dozen have seats in the lower chamber (House of Representatives). For international investors and businesses, the election may be a test of the support for the nationalistic anti-immigration, populist message of the People’s Party for Freedom, the country’s second-largest party.

Even if monetary policy is exhausted, as some claim, next week’s central bank meetings are center stage. The FOMC meeting concludes on March 17, followed by the now customary press conference. It is possible that to distinguish monetary policy proper from the regulatory function, the Fed may choose to address the March 31 expiry of the exemption of Treasury holdings and excess reserves from the calculation of supplementary leverage ratio separately from the meeting. That exemption allows the banks’ balance sheets to be around $600 bln larger than otherwise, according to estimates. With record government deficits and large-scale asset purchases ($120 bln a month) by the Federal Reserve, bank capacity is a key part of the plumbing.

The other plumbing issue is the continued drawdown of the Treasury’s cash position with the Federal Reserve. As a result, fewer bills are issued, and funds with flexibility can shift and put downward pressure on other money market rates. The general collateral repo rate, for example, is so distorted (negative) that a bank is paid for lending Treasuries and taking cash. Those who must invest in government bills are pressing yields lower and already yield less than 10 bp annualized out a year. There is a risk that the Fed responds by tweaking the interest on reserves (Note: the Fed pays interest on all reserves, not just excess reserves) or the reverse repo rate.

The Fed’s stance on monetary policy proper has been well articulated and will most likely the statement will be unanimously approved. The economy is far from reaching the Fed’s targets; around 9.5 mln jobs have been lost during the pandemic, and more people are filing weekly initial jobless claims than at the peak of the Great Financial Crisis. The current settings, the Fed submits, are appropriate, and that includes the balance sheet expansion. The rise in yields is mostly a reflection of optimism about the future and that the resulting price pressures will likely be transitory.

The pace of the move did receive attention. The 10-year yield has risen by around 72 bp so far this quarter. It is the fifth-largest quarter since 1995. From the end of January through March 12, the 10-year yield rose six consecutive weeks from around 1.06% to 1.64% at the end of last week. With headline CPI at 1.7% in February, ad real growth anticipated to be more than three-times stronger, a 10-year yield of 1.6% cannot be considered high. In the last quarter before the pandemic, the 10-year yield averaged almost 1.80%.

Fed officials could be protesting the rise in rates more it wanted. The fact that it hasn’t seemed to reduce the risks that it will introduce yield curve control or some version of “Operation Twist.” The Fed might have preferred a more gradual pace, but it is likely not disturbed by the move’s magnitude. On the one hand, with the economy set to boom with the fiscal stimulus and vaccine, some argue that Fed ought to be tapering. On the other hand, some critics want it to take stronger action to “quell investor nerves,” as one journalist put it. Powell’s answer was clear and unequivocal. The bond purchases do not target an interest rate but financial conditions more broadly, which is the same essential point ECB President Lagarde made at the press conference.

The Bank of England meets on March 18, the day after the FOMC meeting concludes. Former BOE Governor King was outvoted at least a couple of times, but it seems clear that the current governor speaks for the majority when he underscores the downside economic risks and the considerable slack in the economy. The furlough program may be hiding some unemployment that may become more evident later.

At the start of the year, the short-sterling market was pricing at negative rates. This was true of the December 2022 contract through January. Since early February, the rate has been positive and rose to 40 bp by the end of last month and is now near 35 bp. Perhaps some participants were inspired by comments from Haldane, the central bank’s chief economist. He does not appear to be singing from the same songbook as the other members of the monetary policy committee and has suggested the central bank may be complacent about the looming inflation risks. Even after Bailey’s efforts to counter such expectations, the contract was still implying a rate hike next year.

The Bank of Japan’s meeting concludes on March 19. It will have completed its formal review of the three elements of monetary policy: asset purchases, negative rates, and yield curve control. While the BOJ won’t back away from negative rates, there is speculation about the other two levers. After buying equity ETFs for more than a decade, the BOJ is sitting on more than $100 bln of profits and owns an estimated 7% of the stock in the Tokyo Stock Exchange first section. The BOJ limits itself to JPY6 trillion a year (~$56 bln) but during the chaos of last year, lifted it (temporarily) to JPY12 trillion.

With both of Japan’s main benchmarks, the Nikkei and the Topix, trading near the best levels since the 1990s, the BOJ is likely rethinking its equity purchase strategy. Some market observers suggest that officials may have already changed their tactics. The BOJ could jettison the annual target will preserve the ability to intervene in disorderly markets.

Under its yield curve control, the 10-year yield is allowed to move in a 20 bp range on either side of zero. The rise in global long-term rates has served to drag Japanese rates higher too. In late February, the 10-year JGB yield rose to a five-year of 18 bp. There was some speculation that the BOJ would widen the range. However, BOJ Governor Kuroda seemed to try to dampen such expectations. Instead, under the policy review, the goal is to make the policy framework more effective.

This suggests minor tweaks, like not preannouncing purchases, for example. However, comments early last week by Deputy Governor Amamiya seemed to keep the door ajar. Amamiya suggested that yields could fluctuate more provided that they did not disrupt the transmission mechanism of monetary policy.

In summary, of the three G7 central banks that meet next week, the Bank of Japan is the most likely to adjust policy. The Fed and BOE are unlikely to take fresh measures or alter forward guidance, and that itself is an important message. While both countries’ governments are boosting fiscal stimulus, the central bankers expect the inflationary bump to be modest and transitory. The high-frequency economic data poses headline risk but is unlikely to alter underlying views that the huge amount of stimulus the US is providing will create diverging economic outcomes. America’s sixth fiscal package during the pandemic is larger than the GDP of all but the nine large economies after the US. The Federal Reserve shows no intention to deviate from its long-term asset purchase program of $1.44 trillion annual rates.

Peak divergence is likely to be this quarter or next. By midyear, the vaccine rollout is likely to accelerate in Europe and Japan. The European Union Recovery Fund is expected to begin distributions. The base effect that bolsters the appearance of US price pressures in the March through May period is revered in June, July, and August, when the headline rate jumped by 0.4%-0.5% each month.

The US debt ceiling suspension ends in July, though Treasury Secretary Yellen, like several of her predecessors, can buy a few months through savvy cash management techniques. Before then, the US Treasury will have brought its cash balances down, which has been a critical factor driving some short-term rates below zero. The latest extension of federal unemployment compensation is also extended to early September and will begin the chins wagging about a fiscal cliff. The point is that this is not the time for linear projections for either inflation or the widening divergence in the US favor. The debt-driven growth will cause the current account deficit to yawn and fuel concern about the twin-deficits. As attention shifts from the stimulus bill to the infra+structure, a sense of a boundless America may both excite and scare investors.