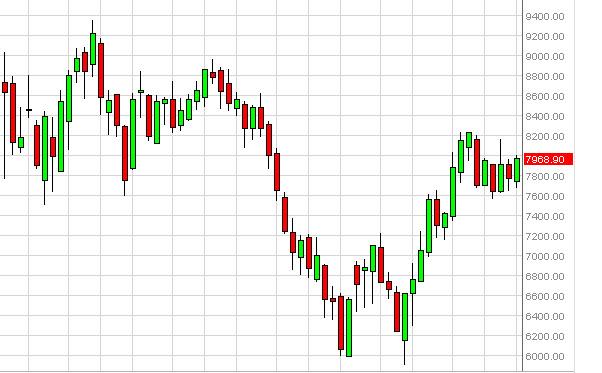 Spanish stocks continue to grind sideways over the week, and it was shown to be similar in the futures market as we continued to bounce around the 7800 level. This market looks like it’s trying to decide which direction to go, as it has pretty significant support at the 7600 level, which of course would be a nice sell signal for to break below it. Alternately, the 8200 level looks pretty resistive as well, and a move above that level would of course have more and more people stepping in to buy the market. However, it should be noted that Spain is the epicenter of all things euro as far as its troubles are concerned, and as such money will typically avoid places like this. As an end result, it looks as if waiting for a move outside of the “box” might be the thing to do.