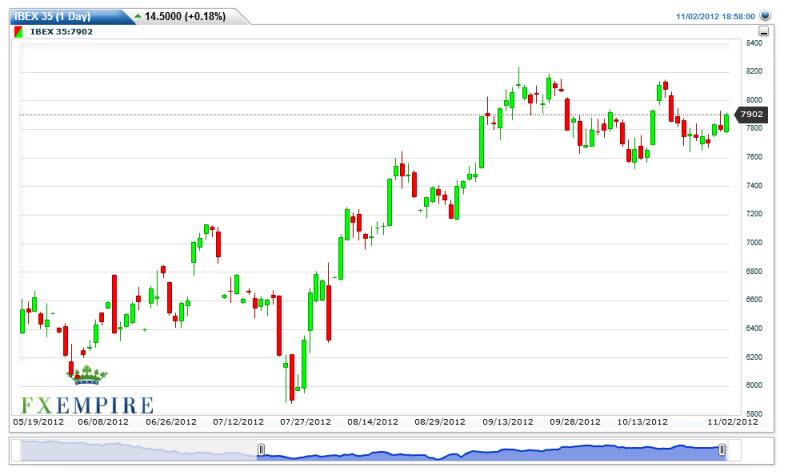 The IBEX had a positive session on Friday, and even managed to test the top of the Thursday shooting star for resistance. This area was centered on the €7900 level, and as a result it was a “big round number.” Because of this, it would’ve made an easy target for the sellers. However, it does appear that we are forming some type of base at this point time and that the markets at lease look like they want to do somewhat well in Spain.

Currently, we see this market as being in consolidation between €7600, and the €8200 level. We do see the upward bias, and as such would buy this market in the futures market based upon short-term pullbacks that show signs of support. Alternately, there is the chance of a breakdown. After all, Spain is the epicenter of all things that are bothering the European Union right now, and as such a headline could forces market much lower.