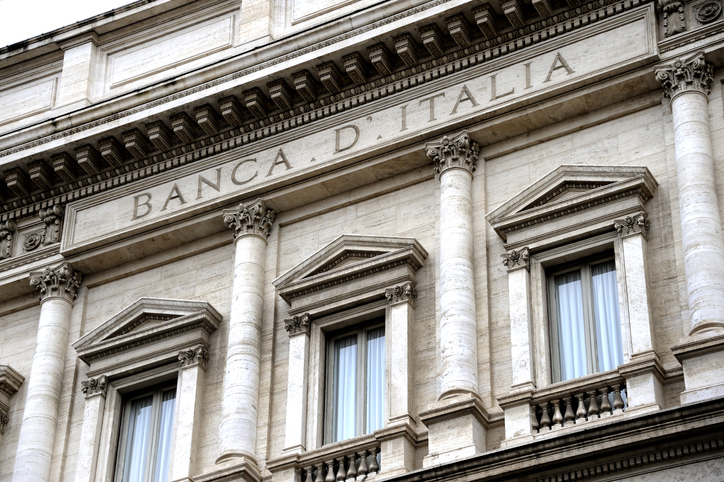 An interview with Giacomo Barisone, head of sovereign and public sector ratings at Scope Ratings, about Italy’s sovereign debt dynamics.

Italy (rated BBB+/Negative Outlook by Scope) needs the public investment and structural economic reforms proposed by Draghi to increase near- and long-term growth, but the part financed by national resources comes at cost of wider budget deficits. Can Italy easily take on this new debt?

According to the government’s current debt projections, public debt increases to around 160% of GDP this year from 156% in 2020 before declining, under a constructive scenario to 135.5% of GDP by 2032, near the 134.6% level of 2019. We consider this government scenario optimistic – and instead expect Italy’s debt ratio to remain on a structurally increasing trajectory longer term.

However, the goalposts for interpreting public debt sustainability are shifting. A general government debt ratio of 160% or 180% of GDP in the euro area does mean something different today from what it might have 10 years ago. In 2010, such a debt ratio would surely have resulted in lost market confidence and materially exacerbated Italy’s debt crisis. What has changed are the actions of the European Central Bank, anchoring ultra-low sovereign borrowing rates today, and doing so with scale and flexibility.

Has this monetary-policy shift benefitted countries such as Italy especially?

Yes, it has – the innovation during this crisis has been the flexibility of ECB purchases across jurisdictions, time and asset classes. The central bank has stabilised especially financing conditions of member states with greater propensity for market stress such as Italy by not strictly purchasing assets proportionally to a country’s population & economic size during this crisis. In the process, nearly 30% of Italian general government debt has shifted to the joint Eurosystem balance sheet. As sovereign ratings are assigned on debt due to be paid to the private sector, shifting debt to the official sector balance sheet is credit positive, curtailing the outstanding segment of rated debt owned by the private sector.

The ECB programmes have also given an extended window of opportunity for Italy as well as other sovereign borrowers to improve their debt profile. In addition to changes in the ownership of Italy’s sovereign debt, the weighted average interest cost of outstanding debt has declined to 2% this year from 4% in 2012. We anticipate further declines with Italy refinancing its maturing debt at 10-year BTP rates of (only) 0.9%. The average life of Italian debt has also increased to seven years due to the actions of the Italian Treasury, taking advantage of the flatter yield curve. This supports greater resilience against a higher stock of debt.

So, given ECB support and still favourable rates conditions, how much fiscal space does Italy have?

Even with greater tolerance for increased debt given ECB intervention, Italy’s fiscal space in 2021 still has bounds. True, it is the accommodative monetary policy that is creating fiscal space, and the ECB – as a credible, reserve-currency central bank – does have flexibility with its balance sheet to create further fiscal space for euro area member countries. Yet the ECB’s room for manoeuvre is not without its own checks and balances. The central bank has an inflation mandate, and overly assertive action could result in higher inflation. The central bank’s actions also exacerbate pre-existing financial-system imbalances and could bring more substantive depreciation of the euro especially after this crisis if such balance-sheet expansion were pursued asymmetrically rather than in aggregate during crisis across all major central banks.

Such depreciation would undermine the euro’s growing global reserve-currency status. As the ECB plans exit strategies from the crisis – scaling back pandemic programmes – it is unclear how conventional QE via the Public Sector Purchase Programme, with associated issuer and issue limits, may constrain monetary space after the crisis, or whether such self-imposed QE limits may be further adjusted. There are also legal constraints on the ECB – and thus on the sovereigns relying on the ECB to extend fiscal space.

As Italy does not have an independent monetary policy, any Italy-specific crisis, such as one akin to the 2018 crisis, may not necessarily result in the same scale of ECB intervention as we are currently seeing when all euro area countries face an aggregate shock.

How does Scope weigh up the need for Draghi to kick start the economy with these concerns?

The 25pp increase in Italy’s debt-to-GDP ratio since the start of the crisis is a key credit concern. At the same time, there is no public debt level that by itself implies a lowering in the rating from the current BBB+ investment-grade assignment. Changes in ECB policy and progress toward closer European fiscal union, via ECB policies as well as via forthcoming EU joint-debt issuance, have offset to an extent pressure on the ratings. Nevertheless, Italy’s fiscal space has limits and a higher debt stock increases the sovereign’s vulnerabilities after this crisis is over under conditions of any market reappraisal of sovereign risk or withdrawal of monetary accommodation in the future. The Draghi government should keep fiscal sustainability in mind even as it rightly makes growth-enhancing policies the main priority.

Despite the ECB and EU support, what are the longer-term risks to Italy’s ratings?

Risks to Italy’s longer-term credit outlook are several. They include: (i) lower long-run output due to prolongation of lockdowns and permanent structural damage to economic potential stemming from Covid-19 impairment; (ii) implementation risks surrounding recovery funds and pro-growth structural reform, in recognising Italy’s record of low absorption rates of EU funds and recurrent changes in government interrupting reform momentum; and (iii) the risk of crystallisation of high contingent liabilities on the country’s balance sheet from stress in the private sector.

Italy has sharply increased public guarantee schemes amounting to 13% of GDP, which have been extended until end-2021. If the private sector were to require further extraordinary support in the form of bailout monies, this could push up public debt beyond existing expectations, which could result in downward pressure on ratings.