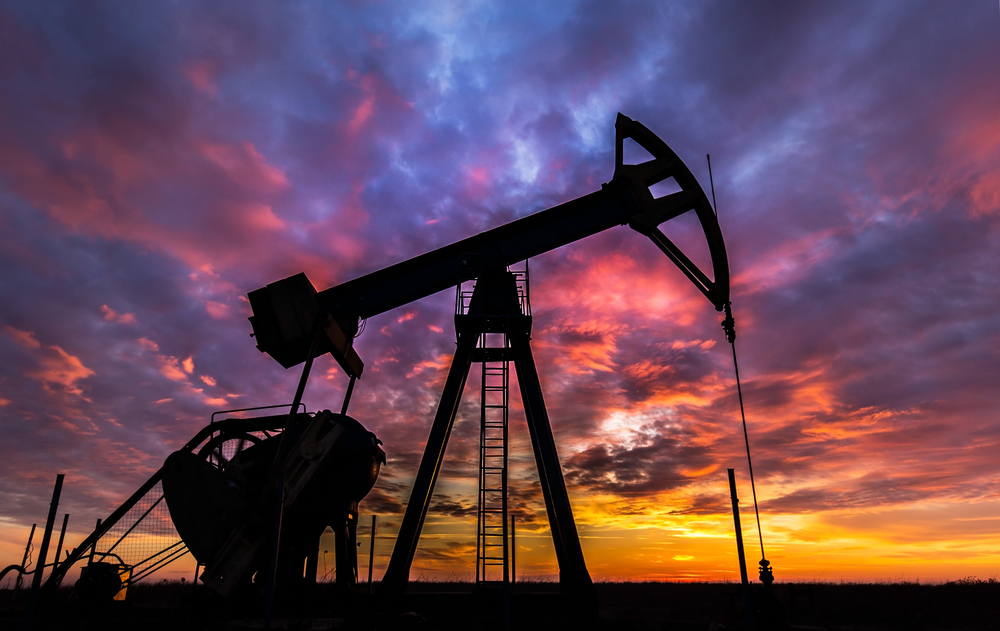 The settlements were just inside Tuesday ranges, though the Dow Industrials set a record close. Yet, the spillover to equity trading in the Asia Pacific region and Europe today. Most of the large Asia Pacific markets, including Japan, China, South Korea, and Taiwan, were closed. Europe’s Dow Jones Stoxx 600 is up about 0.35% in late morning turnover, though momentum is absent. US shares are trading with a firmer bias.

After seeing strong demand at the 10-year note auction yesterday, the US benchmark is yielding about 1.14% today. European yields are off 1-3 bp, with the Italian yield at a new record low below 50 bp. The dollar is narrowly mixed against the major currencies.

The dollar bloc and the euro are slightly higher, while the Scandis, yen, and sterling are somewhat heavy. Emerging market currencies are mostly higher, and the JP Morgan Emerging Market Currency Index is extending its advance for a fifth consecutive session. On the other hand, oil is threatening to snap an eight-day rally, leaving the March WTI contract in a narrow range above $58. After being rebuffed near the 200-day moving average yesterday (~$1855.5), gold is trading in about a $5-range on either side of $1840.

If the US-China relationship is the most important in the world, as has often been claimed, one would not know it from the communication over the past few weeks. President Biden has indicated that there “has not been an occasion” to talk to China’s leader Xi. He added that there “was no reason not to.” The highest communication so far has been a telephone call between Secretary of State Blinken and the top Chinese diplomat Yang Jiechi at the end of last week.

It was like two alpha dogs marking their territory and jousting over democracy and human rights. Biden found his occasion to talk to Xi for China’s New Year holiday, and not coincidentally, the call followed the first formal meeting between Biden and Taiwan’s de facto ambassador to the US (who, as we have noted, was invited to the inauguration for the first time since the one-China policy was adopted more than 40-years ago).

Biden and Xi apparently are engaging in subtle diplomatic messaging, like how partners in a bridge game may communicate. Biden promises a different kind of relationship with Beijing than the Trump administration, and of course, he has to say that. Some tactics may be different, perhaps it will be more multilateral, but it is not like a coalition of the willing just waiting for US leadership.

Europe’s willingness to block Huawei might have been somewhat less enthusiastic if it did not have homegrown alternatives. As the EU demonstrates with Russia, it can maintain trade ties while being critical of human rights violations. It also imposes sanctions to express its disapproval. Despite reports in the popular press about shifting supply chains out of China, German companies appear more likely to expand there than leave, according to recent surveys.

Perhaps, President Biden himself may have let the proverbial cat out of the bag about the lack of a call with Xi until now. Despite Biden being the most experienced President since Nixon, who was also the vice president, and his claim that he may have spent more time with Xi than any foreign leader, Biden has yet to formulate an operational policy as opposed to declaratory policy (rhetoric).

Yesterday, Biden announced a new Pentagon task force to review US defense policy toward China. The mandate looks broad and will extend well beyond military strategy to include technology and US alliances and partnerships in Asia. Biden has also ordered another policy review of Trump’s tariffs and efforts to block or force the sale of other Chinese companies (e.g., Tiktock and WeChat).

However, efforts to force the sale of TikTok have reportedly slowed. We had argued that the US’s bipartisan attitude toward Beijing changed when Xi suspended term limits and, in word and deed, pulled away from many of the liberalization efforts that had been evolving since the late 1970s. Until proven otherwise, the take away is that investors and businesses should expect greater continuity in the US stance toward China.

The dollar held support near JPY104.40 yesterday and is trading quietly about a fifth of a yen range below JPY104.75. Around $1.1 bln of options expire today at JPY105.00-JPY105.05. Tomorrow there are $2.7 bln in options at JPY105 that also expiring. The Australian dollar rebounded after briefly and marginally slipping below yesterday’s low (~$0.7715). The bounce stalled in front of yesterday’s high (~$0.7755), which is also roughly where the downtrend line off last month’s highs is found. With the onshore market closed, the focus is on the offshore yuan. The dollar finished yesterday near CNH6.4290 after falling to almost CNH6.4125. It has been mostly within yesterday’s range today.

The EC has formally rejected the UK request to reset the post-Brexit trade relationship and opposed delaying border checks. This has been tipped previously. Separately, but related, Bank of England Governor Bailey said that the requirement for EU access for UK financial services was unrealistic and that no other country could agree. Financial services, a key comparative advantage for the UK, were not covered in the trade deal struck at the end of last year. Meanwhile, figures out earlier today showed that Amsterdam overtook London last month in European share trading. Roughly, turnover in the UK fell by half.

This chapter of Italy’s political drama appears to be winding down. The Five Star Movement is holding an online vote today to determine if Draghi will receive its backing. There are almost 120k members, and the results may be known in the North American afternoon. The party’s leadership is encouraging members to support Draghi. Regardless of the outcome, Draghi is expected to meet with President Mattarella tomorrow to confirm that he has majority support in parliament, and most importantly, present a list of ministers in the new government.

The euro is in about a 20-tick range above $1.2115 and inside yesterday’s range ($1.2110-$1.2145). We had anticipated a move into the $1.2100-$1.2150 range this week. The euro’s decline from early January through early February may have run its course, but it is not yet clear. Although the five-day moving average is about to move back above the 20-day moving average for the first time in a month, we suspect it requires a move above $1.22 to confirm the euro’s downside correction is complete.

Sterling set a new high yesterday since May 2018 near $1.3865 but is consolidating, like the euro inside yesterday’s range. Initial support is seen in the $1.3790-$1.3800 area. Tomorrow, the UK reports December trade., industrial production, and service figures, but the highlight is Q4 GDP. The UK economy is expected to have grown by 0.5% quarter-over-quarter, which would leave it about 8% smaller year-over-year.

The first two legs of the US quarterly refunding were well received, and today, the conclusion with a $27 bln sale of 30-year bonds. Yesterday investors learned that headline and core CPI converged at 1.4% rather than1.5%. We don’t think that is a significant deviation and reiterate that the base effect means that US measured inflation will rise after the February CPI. Headline will likely rise above 2% in Q2.

However, while not breaking new ground in his assessment that the labor market remains distressed, Federal Reserve Chair Powell continued to play down the risk of sustained elevated inflation. Today’s weekly initial jobless claims will bear out his point. Even though they may decline for the fourth consecutive week, more than 750k people are expected to have filed for benefits for the first time. Lastly, reports suggest that the White House may soon formally nominate Professor Lisa Cook from the University of Michigan to the Fed’s Board of Governors’ open seat. Note that over the next year, the leadership terms of Powell, Clarida, and Quarles end.

Yesterday we mistakenly had Mexico’s central bank meeting, but it is today. The analysis is the same. A 25 bp rate cut is widely expected, and it will bring the target rate to 4%. With January CPI at 3.54%, its perceived room to maneuver is limited. Before the outcome of the meeting, later in the North American session, it will report December industrial output figures. A marked slowing after the 1.1% gain in November is anticipated.

Tesla’s announcement earlier this week that it purchased $1.5 bln of bitcoin and may buy more and accept bitcoin payment for cars, as well as willingness to buy gold and gold exchange-traded funds, drew a great deal of interest. If it is going to be something other than an oddity, it has to be duplicated. Yet, there is a reason why most corporations are not going to follow suit.

Corporate treasurers would generally recognize that taking on a volatile asset that does not grow out of business is speculative, and that is not their function. What if Tesla accepted bitcoin for payment? That is something corporate treasurers know about: fx risk. You receive payment in one currency, yet costs of production are in a different currency.

And what about paying bitcoin for a new car? It might be a nice marketing plug, and crypto fans like it, but will anyone really do it? Telsa will not be the first to let a customer pay with bitcoin, and it begs the question of why bitcoin is not used for consumer transactions. The answer is one word: volatility. Imagine paying in bitcoin only to see it rise by nearly 100% like it did from the middle of December to the middle of January. It is like the urban myth of the unlucky fellow who bought a pizza with a bitcoin back when.

The US dollar is trading heavily against the Canadian dollar. There was not even an attempt of follow-through greenback buying after yesterday’s firm close. A break now of CAD1.2660 could signal a return toward the multi-year low set last month, a little below CAD1.26. For the first time in two-and-a-half weeks, the greenback is being sold below MXN20.00. The MXN19.95 area represents the (61.8%) retracement objective of the dollar’s bounce off the MXN19.55 area on January 21. Initial resistance may be seen in the MXN20.00-MXN20.10 area.