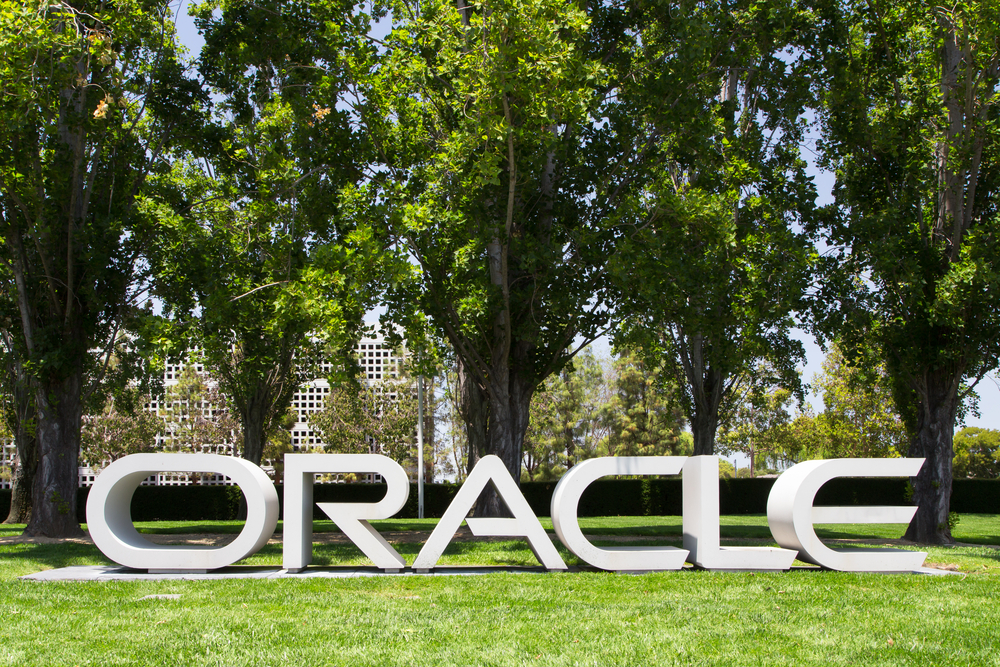 Such is the case of TikTok. To young performers, it is known as an app where you share your creative ads dancing or doing anything else that may keep the attention of a multimillion audience for several minutes.

To the US security and intelligence, it is known as a Chinese data and social networking company that threatens to tap into the sovereign territory of the US social data. Roughly, that is the concern that made the administration of the US President impose the September-15 deadline for selling the US operations of TikTok to an American company.

Previously, Microsoft used to the main company in focus to continue TikTok’s US operations. However, the negotiations with this potential buyer went aside as Oracle took over the stage, and the people around the issue are pointing to the fact that the deal is very possible. But this is not the only thing people are pointing out: Oracle has been financially supporting Donald Trump’s campaigns and has been more than just cooperative with the US President until now.

So we have an international business, the US-China relations, and the US elections all in one knot around Oracle now. With all this in view, stocks of Oracle may soar in case the deal is successfully sealed: not because there are a lot of truly positive business outcomes from it, but because of the heightened degree of discussions around the matter.

On the daily chart, the recent spike that still ended up below the previous high corresponds to the announcement that Oracle is likely to take over the race over TikTok from Microsoft. The bearish ending is logical for that bar because there is no deal signed yet, and in the end, what we have is just talks and negotiations. In the meantime, the deadline of September 15 is nearing – that means, even if we don’t see another bullish spike, there will be increased volatility in any case. In the end, it falls well into the equilateral upward channel Oracle’s stock has been in since March. Expect $56 to provide firm support while $62 may be the objective for bulls in the most aggressively bullish scenario. Otherwise, the area of $58-59 seems a fair target range for Oracle stock in the short term. 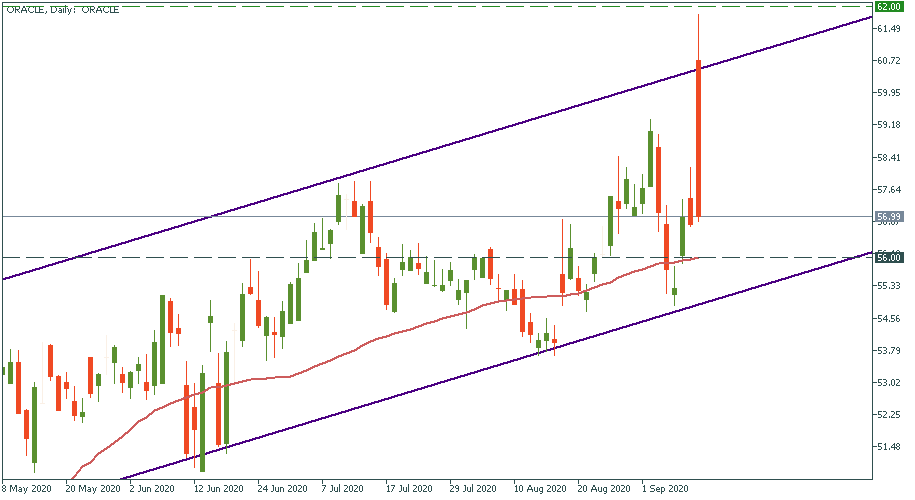