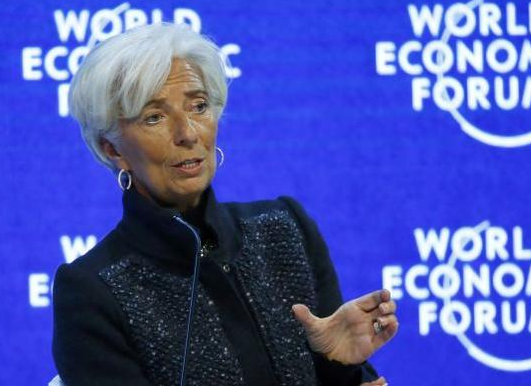 The S&P 500 gapped higher yesterday, and that gap (~3081-3099) offers technical support. Benchmark 10-year bond yields are firmer. The US 10-year yield is rising for the fourth consecutive session around 74 bp is at the upper end of a two-month range. The dollar is trading higher against most currencies. Among the majors, those that have been among the strongest, like the Australian dollar, sterling, and the Scandi’s are the weakest today, adding to the sense of profit-taking and corrective forces.

Emerging market currencies are also softer, with the JP Morgan Emerging Market Currency Index struggling to extend a five-day rally. Gold is recovering from yesterday’s sell-off that saw nearly one-month lows (~$1690) and has resurfaced above $1700, the middle of a $100 range that largely confined it for the past two months. Oil is consolidating after the July WTI contract rose to nearly $38.20 yesterday, its highest in almost three months.

Hong Kong dollar forward points edged lower but bounced higher in late dealings, and the five-day drift lower has ended. Both the three-month and 12-month forward points rose today. We will continue to monitor them as a key gauge of tension. That said, we expect the Hong Kong band to remain in place for some time. Separately, the PBOC set the dollar’s reference rate (CNY7.1012) a little lower than the bank models suggested (~CNY7.1035).

After falling for four sessions, the dollar is firmer against the yuan for the second consecutive session. The yuan’s weakness is most evident against the basket (CFETS) that the PBOC is said to track. The yuan has fallen for the better part of three weeks and is at its lowest level against the basket since early January.

Under pressure from the US, China has resumed allowing foreign inbound flights. These had been canceled during the peak of the pandemic, and officials have been reluctant to normalize the situation. Yesterday, the US threatened to lift Chinese airline flights to the US to one for everyone China lets of US flights. Although we are sympathetic to the framing of the US-China relations as a “Cold War”– the multifaceted competition that is an organizing principle of international relations–this dispute is small beer. The tit-for-tat tactics, however, does illustrate the US penchant of unilateral action, where a coalition may have been possible as China’s asymmetrical actions impacted other countries as well.

Australia reported April trade figures. The surplus of A$8.8 bln was larger than expected, even if down from the A$10.4 bln surplus recorded in March. The 11% decline in exports was a bit less than forecast, while the 10% decline in imports was more than expected. The average monthly surplus through the first four months stands at A$7.1 bln. The average for the same period in 2019 was almost A$4.8 bln. Separately, Australia reported that retail sales fell by17.7% in April from March, mainly in line with forecasts.

The dollar’s surge against the yen continued. The greenback reached JPY109.15 in late Asian turnover before succumbing to mild profit-taking. Initial support is seen near JPY108.80, where a $1 bln option is set to expire tomorrow. On the upside, the next important technical target is near JPY109.50. Recall that the dollar finished last week near JPY107.80. The Australian dollar is trading comfortably inside yesterday’s range (~$0.6855-$0.6985). A loss today would snap a five-day rally that began from around $0.6620.

The ECB meeting is expected to result in an expansion of the Pandemic Emergency Purchase Program by 500 bln euros. Anything less would be disappointing. Roughly a third of the 750 bln euro allotment has been used. At the current pace, it will be exhausted by the end of Q3 or early Q4. The logic of expanding it now is that the staff’s updated forecasts will likely confirm Lagarde’s recent comment that the mild scenario can be ruled out. That implies an 8-12% contraction this year.

The staff forecasts themselves will be of interest, but the importance lies in providing the ECB will new “facts” that arguably will compel new action. There may be some other action the ECB considers, such as not only accepting bonds that have recently lost their investment-grade status as collateral but perhaps buying them outright, as the Fed has begun doing. It could also adjust the amount of reserves that are subject to negative rates. The ECB could also choose to make the terms of the Pandemic Emergency Long-Term Refinancing Operation more attractive, as the initial take-up was light.

Lagarde will likely be asked about the German Constitutional Court ruling on the ECB’s other bond-buying program and the euro, which is enjoying its longest advance since late 2013. Yesterday was day seven of the streak, and the 0.55% rally was sufficient to put higher on the year. On a purely directional basis, the euro is enjoying its highest correlation (~0.86) with the Dow Jones Stoxx 600 since May 2012. The 60-day correlation (~0.2) is not even at the highs for the year, indicating that the tighter co-movement is new.

This fits in well with our argument that it is a liquidity-driven story. And some argue that it is well discounted, but that might not do justice to the incentive structure that is ongoing and helps explain, for example, the incredible demand for the surprise sale by Italy of a ten-year bond yesterday. It announced the sale on Tuesday. Usually, Italy’s debt managers give more notice. Italy received bid for nearly 107 bln euros for a 14 bln euro syndicated offering, which is more 100x more demand that was seen for the ECB’s Pandemic Emergency Long Term Refinancing Operations (loans at minus 25 bp).

After much debate, the German government agreed on a 130 bln euro package (~4% of GDP) to support the economy. It includes several measures aimed at boosting consumption such as a temporary cut in the VAT (16% vs. 19%), 300 euros per child, and doubling the incentive to purchase electric cars. Germany is embracing counter-cyclical fiscal spending, something that it traditionally leans against (see ordoliberalism).

However, the crisis is extreme, and the headline figure is not quite what it may appear at first glance. Almost half (60 bln euros) is left over from the March supplemental budget, and not all the stimulus is targeted for this year. Nevertheless, it helps position Europe’s largest economy for a stronger recovery.

In our bizzaro world, the 2.76 mln private-sector job loss estimated by ADP is good news. The median forecast from the Bloomberg survey was for a 9 mln decline. April was revised to show 19.55 mln job loss instead of 20.23 mln. The non-manufacturing ISM employment showed little improvement (31.8 from 30.0). The official data will be released Friday. The median forecast in the Bloomberg survey is for a loss of 7.25 mln private-sector jobs in May, and 8 mln overall. Still, the “whisper number” will be less.

Note that the ADP data includes furloughed employees, while the monthly jobs report (Bureau of Labor Statistics) does not. Weekly jobless claims are expected to come down below 2 mln, for the ninth consecutive week of serial improvement. Separately, Canada and the US report April trade balances today, but it will be obscured by the weekly jobless claims and the ECB press conference.

If anything, the Bank of Canada was a bit more optimistic than anticipated. It noted that the country may have escaped the worst-case scenario and expects the economy to contract 12%-22% from peak to trough rather than the 15%-40% risk it previously saw.

It sees a 10%-20% decline this quarter. The Bank also indicated it could reduce some of its operations (frequency of repo operations decreased to once a week and the banker acceptances to twice a week) as it shifted from supporting the financial markets to supporting the economy. Deputy Governor Gravelle will deliver the Economic Progress Report tomorrow, and it allows more insight into the central bank’s thinking as Macklem takes the helm.

For the third session, the US dollar is finding support around CAD1.3480. It has not bounced much and remains stuck in the trough. It needs to move above the CAD1.3575-CAD1.3585 area to confirm a low is in place. The 200-day moving average is found near CAD1.3460, and the greenback has not traded below it since late February.

The US dollar fell to MXN21.51 yesterday before reversing higher, leaving a bullish hammer candlestick pattern in its wake. There has been some follow-through dollar buying. In fact, today is the first session since May 12 that the dollar has risen above the previous session’s high. The dollar has risen above MXN21.97 today. Initial resistance is seen near MXN22.10. The week’s high was set on Monday near MXN22.28, and a move above there would confirm a potentially important low is in place.