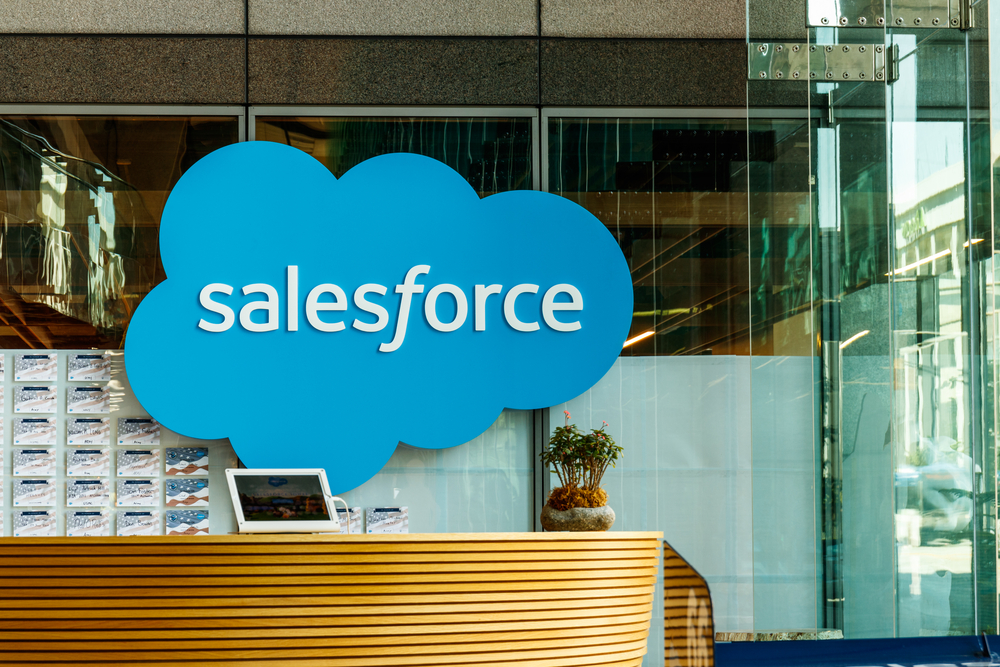 Dow component Salesforce.com Inc. (CRM) is gaining ground in Wednesday’s market after Morgan Stanley upgraded the sales tracking giant to ‘Overweight’. The stock posted an all-time in the 280s in September, just days after the company was added to the Dow Jones Industrial Average. Price action since that time has carved an orderly but persistent bull flag pattern that’s been engaged in nearly six months of testing at 200-day moving average support.

The stock ended a 12-day 20% slide in March 2021 after Slack Technologies Inc. (WORK) reported a Q4 2020 loss of $0.01 per-share. Salesforce bought the business technology provider for $27 billion in December 2020 in a transaction expected to close in the second quarter of 2022. Price action since that time has tracked bilateral catalysts, adding volatility and modest downside. Even so, the company remains on track to hit new highs sometime this year.

Morgan Stanley analyst Keith Weiss raised his Salesforce rating to ‘Overweight’ with a $270 target on Wednesday, advising the pullback since September “creates a good entry point.” He also notes the company is “well positioned to benefit from an accelerating pace of investment in strategic digital transformation initiatives” and added that “significantly” better performance in past two quarters has addressed critics of the December acquisition.

Wall Street consensus is solid as a rock, with a ‘Buy’ rating based upon 32 ‘Buy’, 3 ‘Overweight’, and 9 ‘Hold’ recommendations. No analysts are recommending that shareholders close positions and move to the sidelines. Price targets range from a low of $200 to a Street-high $336 while the stock has opened Wednesday’s session just $18 above the low target. Caution after Salesforce’s outsized 37% 2020 return is contributing to this dismal placement.

Salesforce broke out above 2018 resistance above 160 in January 2020 and failed the breakout during the pandemic decline. It bounced back to the first quarter peak in July and broke out in August, surging into the 280s after addition to the Industrial Average. That marked the top, followed by a bull flag correction that should hold support near 200. Just keep in mind a breakdown will also fail the third quarter breakout, exposing a trip into the 150s.