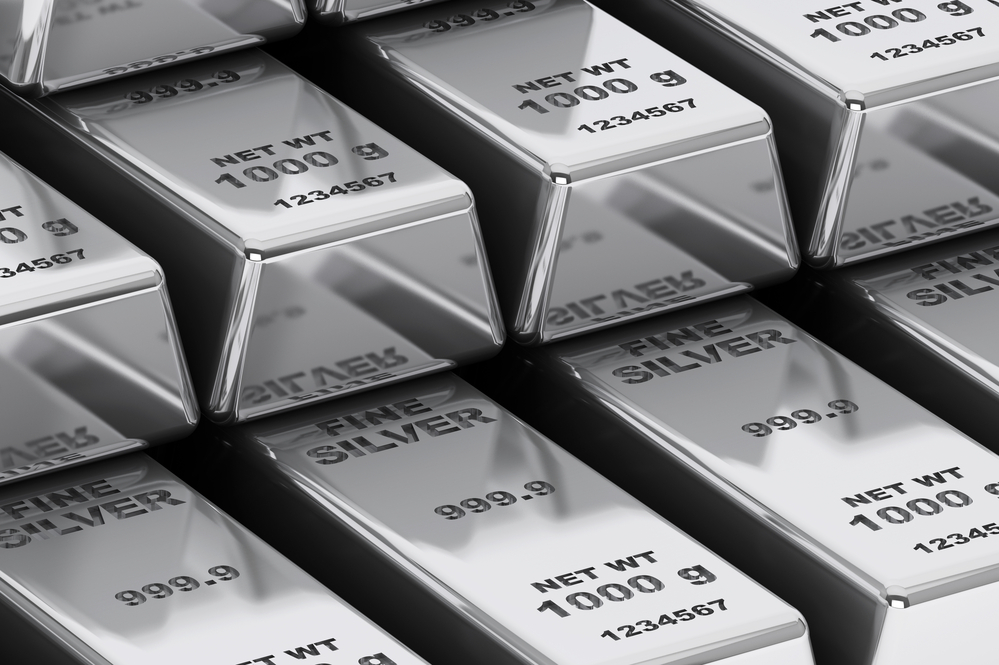 Silver Manages To Hold Its Ground Despite Stronger U.S. Dollar

The U.S. Dollar Index, which measures the strength of the U.S. dollar against a broad basket of currencies, has settled near the 100.5 level.

The U.S. Dollar Index remains in a range between 99 and 101, and a move out of the range will lead to increased momentum of the U.S. dollar. An upside breakout will serve as a bearish factor for silver since stronger U.S. dollar makes silver more expensive for buyers who have other currencies.

Meanwhile, gold continues to stay above the $1700 level which signals continued investor appetite for precious metals amid the current turmoil. Silver benefits from higher gold prices as they attract more investors into the whole precious metal segment.

It remains to be seen whether the recent equity market downside will turn into a serious sell-off and whether such a sell-off will help silver gain more ground.

The U.S. dollar and the U.S. government debt have served as safe haven assets during the coronavirus crisis while silver did not always play this role due to the significant impact of industrial demand on the cumulative demand for silver.

At this point, silver fails to gain momentum despite the fact that it has breached the 50 EMA at $15.40. A potential reason for this is the stronger U.S. dollar which has recently gained ground as demand for safe haven assets increased.

The nearest resistance for silver is located at $15.65. In case silver gets above this level, it should quickly head towards the test of April highs at $15.80. After spending so much time dealing with the $15.65 resistance, the test of the next resistance which is just 15 cents away could be very quick.

In case silver gets above April highs, it will likely head towards pre-crisis levels at $16.50.

On the support side, the nearest support for silver is located at the low end of the current range at $15.30, while the major support will be provided above $14.60.