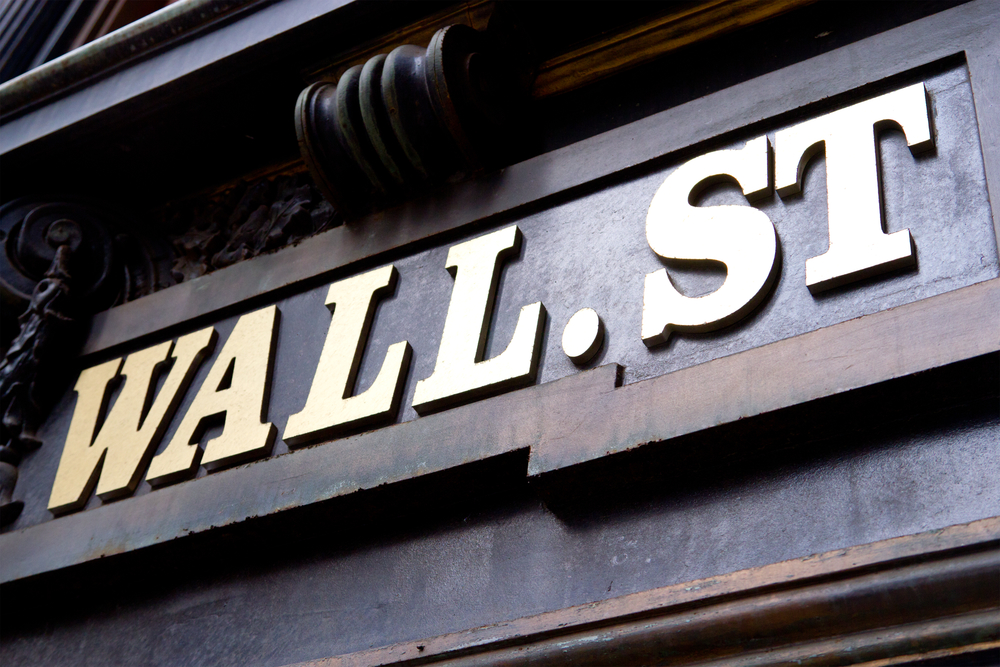 Then I expect a wave-4 down to around current levels (SPX4110+/-10) before a last 5th wave (green minor-5) rallies price to SPX4375. This [Elliott Wave Principle] EWP path forward is based on the assumption the index will follow a textbook EWP impulse pattern higher. There is nothing to tell me it will not, but it can, of course, always deviate. To be determined. But for now, this is all I can go by.”

Now at the end of April, the index topped last week at SPX4191, went sideways for the remainder of the week, i.e., dropped in three waves (grey a, b, c highlighted in the grey insert in Figure 1 below) down to SPX4120+/-5p and is now making new all-time highs. Thus, so far, the SPX fell 19p (0.45%) short of the lower end of the ideal (green) minor wave-3 target but nailed the forecasted minor wave-4 target zone (4118, 4124 vs. SPX4110+/-10). All are well within the margins of error and show the accuracy of Fibonacci-based EWP forecasting.

Figure 1. S&P500 hourly chart, the focus in this update is on the green and grey inserts 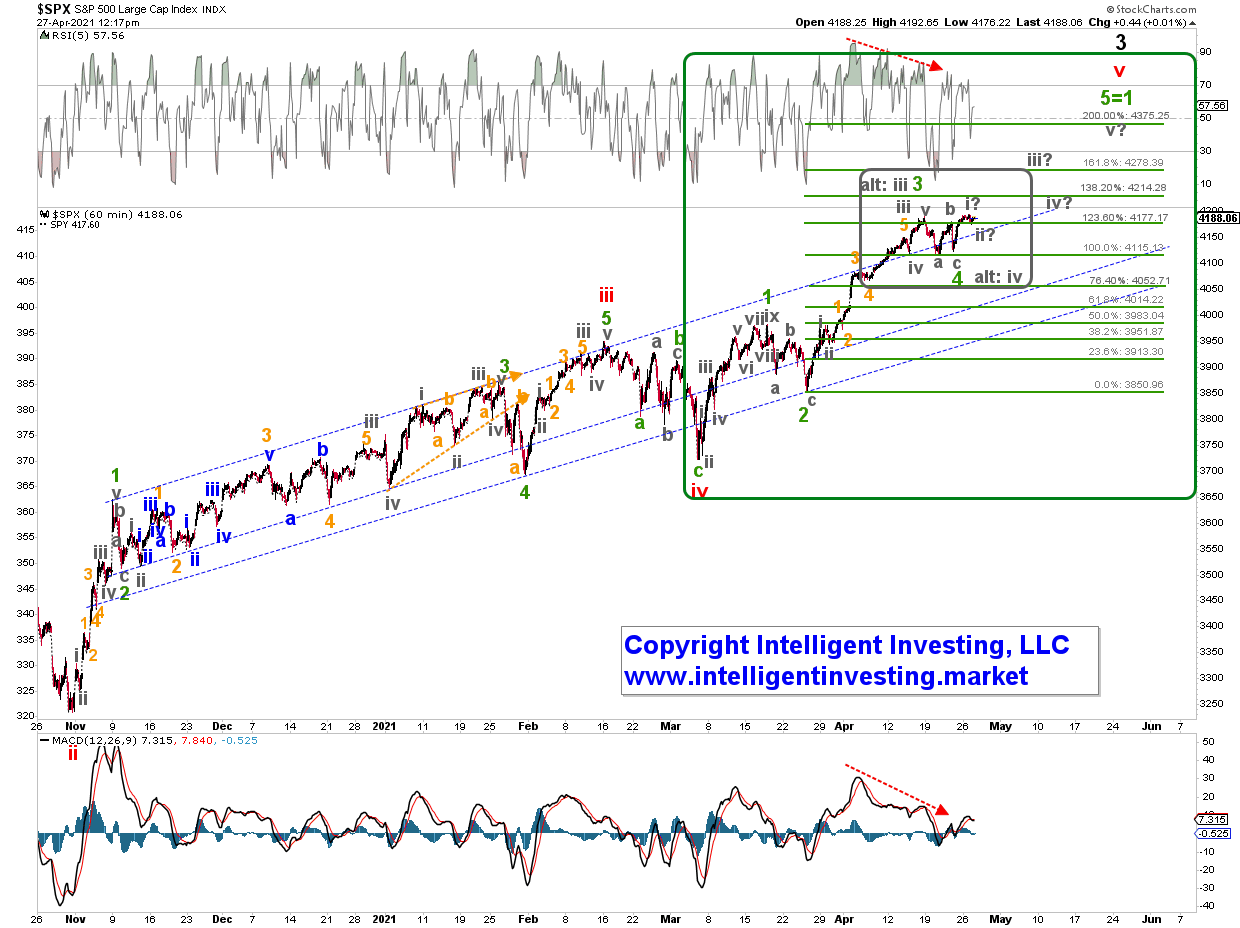 The -even more Bullish alternative- is that last week’s high was only (grey) minute wave-iii of green minor-3 because the SPX “only” reached the 123.60% extension followed by “only” a 23.60% retrace (123.6100.0%). This option is labeled as “alt: iii, alt: iv.” Albeit wave-3 is now longer than wave-1 and has accomplished its minimum requirement (see here), it is slightly less than usual. Thus one needs to be aware of an alternative, which I am presenting here. It means minor-3 is still unfolding and can still try to reach SPX4214-4275 before minor-4 kicks in.

In Bull markets, I always prefer to have an alternate, more Bullish EWP option because they often present upside surprises and downside disappoints. The alternate option surely fits that bill. Besides, IMHO, this is simply a bit of a luxury problem, i.e., a matter of “how high can we go?”.

If the index can hold last week’s low and especially SPX4095, then I see no reason to become bearish, and I will let the market dictate me if the preferred or alternate, even more, Bullish path is unfolding. Ultimately both point to SPX4375, and as I continue to tell my Premium Major Markets Trading Members: “do not short, instead view pullbacks as buying opportunities as we keep our eyes on the SPX4375 price”.