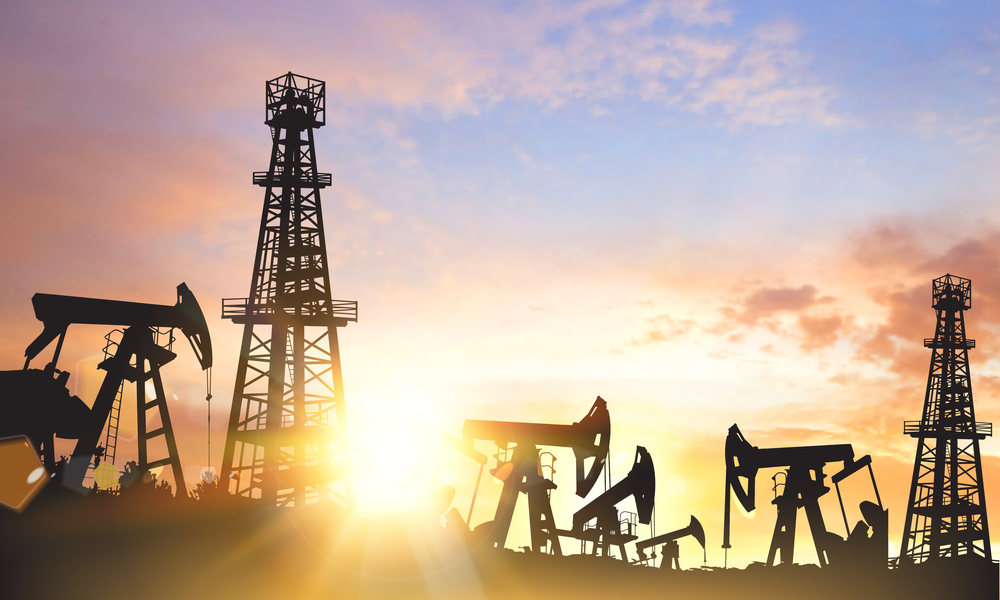 Korea’s Kospi advanced 1.5%, and Australia’s ASX tacked on 1%. The Dow Jones Stoxx 600 gapped higher in Europe, led by energy, communications, and financials. US futures are trading firmly, though the cash market will remain closed. The US 10-year yield remains at 1.20%, but the pre-weekend rise dragged global yields higher. Australia’s 10-year yield jumped 10 bp to 1.31%, while most yields in Europe are 3-4 bp higher. The yield on the UK benchmark is up basis points to 0.58%.

The dollar is heavy. Sterling poked above $1.39 for the first time since April 2018. Among the majors, only the yen is not gaining on the dollar today. Most emerging market currencies are higher as well. The JP Morgan Emerging Market Currency Index is extending its advance for the seventh consecutive session. Rising yields have sapped gold’s luster, but it is consolidating within the pre-weekend range (~$1810-$1830). Oil prices continue to surge. At the end of January, March, WTI settled at $52.20 a barrel. It approached $61 today.

Japan, the world’s third-largest economy, expanded by 3% quarter-over-quarter in Q4 20, which surpassed expectations after a 5.3% expansion in Q3. Private consumption rose 2.2%, helped by a rise in government spending (2.0%). Business spending jumped 4.5% after contracting 2.4% in Q3. Net exports fared a little better than expected, rising 1% (rather than 0.9%), but off from the 2.6% gain in Q3. Inventories were reduced by 0.4%, without which growth would have been a bit stronger.

While mostly better than expected, the state of emergency that started last month warns of new economic hardship this quarter and another contraction. The emergency is expected to be lifted on March 7. Separately, a 7.3-earthquake was recorded over the weekend near Fukushima.

Australia’s most immediate challenge may not be emanating from China but from the large internet platforms like Google and Facebook. The Australian government is close to approving a plan that will require payment to new publishers, mandatory arbitration, and forcing notification when there is a significant change in the algorithms for searches. Google had threatened to withdraw, but with Canada, the UK, and EU considering similar measures, its threats to be a negotiating ploy.

That said, when it pulled out of Spain in 2014, one study found that traffic to news sites fell 10%. There is some pressure for the US to take similar action. Still, it appears a deal may be reached that may build on Google’s News Showcase product that pays media outlets for curated content rather than forced through legislation.

The dollar is posting its third consecutive gain against the Japanese yen and has reached JPY105.40 in European turnover. The recent high has been a little above JPY105.75. Rising US yields and equities often coincide with a heavier yen. The 200-day moving average is near JPY105.50, and the dollar has not closed above it since last June. The Australian dollar is rising for the sixth session of the past seven to reach its best level (~$0.7790) in a month.

The Aussie’s advance appears to stand on two legs: the recovery in East Asian economies and what many call a super-cycle in commodities. Last month’s high was set near $0.7820. The dollar has fallen to new lows against the offshore yuan today (~CNH6.4010). It is also the sixth decline in the past seven sessions, and it is the lowest since June 2018. When the mainland markets closed for the extended holiday (February 10), the dollar was just below CNH6.43.

Draghi has become Italy’s 30th prime minister since the birth of the republic in 1946. It is the fourth technocrat government in three decades. It is not so much a question of which Draghi is the prime minister, the Prussian Roman as he was dubbed during his days as the head of Italy’s central bank, or the “save the monetary union at any cost” as ECB President. Why can’t there be a third Draghi? A different combination of skills and tolerances are needed. If the cabinet is any indication, there is indeed a third Draghi.

He brought over a former colleague from the BoI, Franco, to head up the economic ministry while retaining Di Maio as foreign minister. Net-net, the balance was 15 representative from political parties and 10 without. That the Five Star has four is not so surprising, but Berlusconi’s Forza Italia got three portfolios to enter government for the first time since 2012. The PD and the League got three apiece while Renzi got two, losing one from the Conte government, which it took down. Both chambers of parliament are expected to hold confidence votes this week, which now is a formality.

The eurozone reported industrial output tumbled 1.6% in December. It is twice as much as economists had projected and follows a 2.6% expansion in November. Weakness was in capital goods (-3.1% month-over-month) and non-durable consumer goods (-0.6%). The output of consumer durable goods rose by 0.8%, and intermediate good production rose 1%. Energy output increased by 1.4%. Separately, Eurostat reported that the December trade surplus rose to 27.5 bln euros from 25.8 bln in November.

Revisions to Q4 GDP (-0.7%) will be reported tomorrow. The data highlight of the week is the flash PMI. A small improvement in services is unlikely to lift the composite reading above the 50 boom/bust level, which it has not seen since last October.

The escalation of the US confrontation with China is not the only continuity in US foreign policy. It will continue to confront Europe over the Nord Stream II pipeline. Obama, Trump, and now Biden will seek to deter it. At least two senators had formally urged the State Department, which before the weekend, affirmed that it was a “bad deal for Europe” to implement the sanctions that were approved in the last days’ of the Trump administration. A State Department report to Congres is due tomorrow, but it is not clear that it is ready.

The short-squeeze into the European close ahead of the weekend saw the euro recover from about $1.2080 to $1.2135. The euro was bid in late Asia today to $1.2145, just in front of last week’s high and the key $1.2150 level. Provided the $1.2150 cap holds can grind a little lower in the remaining hours of today’s session, without the US market. Sterling is trading like a risk-on currency. It has risen in seven of the past eight sessions, including today’s advance above $1.39. There is little chart-based resistance ahead of $1.40. The session high is unlikely in place today. Initial support is now seen near $1.3880.

US markets are closed today for President’s Day, ironically two-days after the second impeachment of former President Trump failed to secure the necessary votes to convict. With the impeach trial over, the focus shifts back to the confirmation process and the fiscal stimulus. The Biden administration is still talking with 10 GOP Senators to see if there is sufficient common ground to have a bipartisan package.

However, the Democrats have made clear that they are prepared to use the reconciliation process, which has been used by the last few presidents, to pass a large stimulus bill. The risks, such as inflation, arguably can be managed. However, what may prove more difficult to manage is the appetite for a large infrastructure initiative, which is expected to follow the stimulus package. Separately, the winter storm has knocked out power for the equivalent of two million homes in Texas and taken off capacity of around one million barrels.

After today’s holiday, the US economic diary is chock full this week. The highlights include January retail sales and industrial production figures. An early look into this month’s activity comes in the way of the Empire State Manufacturing Survey, the Philadelphia Fed survey, and the preliminary PMI. The FOMC minutes from last month’s meeting are due in the middle of the week, and no fewer than nine Fed officials speak this week.

Arguably, with the rise in nominal rates being driven by an increase in inflation expectations, which the Federal Reserve encouraged by adopting the average inflation target, it cannot be surprised or disappointed with investors’ reaction function.

Canada’s data highlights this week include January CPI on Wednesday and December retail sales on Friday. While the month-over-month increase in CPI (~0.5%) may be offputting, the year-over-year rate may tick up to 0.9% from 0.7%, and the underlying measures are likely to be broadly stable. Retail sales are expected to have fallen by around 2.5% after rising 1.3% in November. Mexico has a light economic calendar this week.

However, the market is still digesting the implication of last week’s 25 bp rate cut. The Deputy Governor of the central bank, Esquivel, suggested that there may be scope for two more rate cuts this year at the end of last week. Most other emerging market central banks are thought to be on hold this year, though a few, including Brazil, are likely to hike.

Rising commodities and equities help underpin the Canadian dollar. The greenback is hovering around last week’s low (~CAD1.2660). There is little support ahead of the low set last month, near CAD1.2600, the lowest level for the US dollar since April 2018. A break would target CAD1.2500. The CAD1.2680 area provides the nearby cap.

The US dollar has slipped to new three-week lows against the Mexican peso below MXN19.90. There is little momentum of which to speak. Immediate resistance is seen in the MXN19.95-MXN20.00 band, while the next target is near MXN19.80.